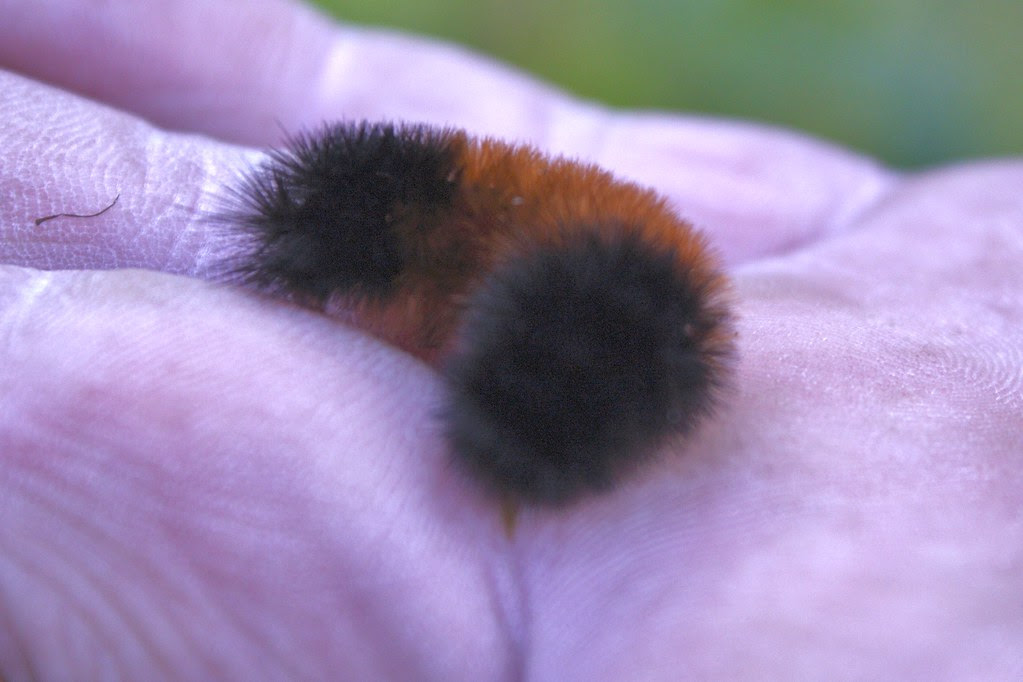 This is my mostly annual winter weather prognostication for 2009-2010: The equal sized bands of the woolly bear caterpillar that we found out in the woods this fall are forecasting a normal winter. Sort of disappointing for me. I wanted to see a good, hard winter for my first New Hampshire winter. The woolly bear became famous because
source: Old Farmer's Almanac
A funny thing: I can't remember ever seeing an Isabella tiger moth. You can see them at bugguide.net. You can also read more scientific information about them there!