The Last Surviving Soldier of the Revolution 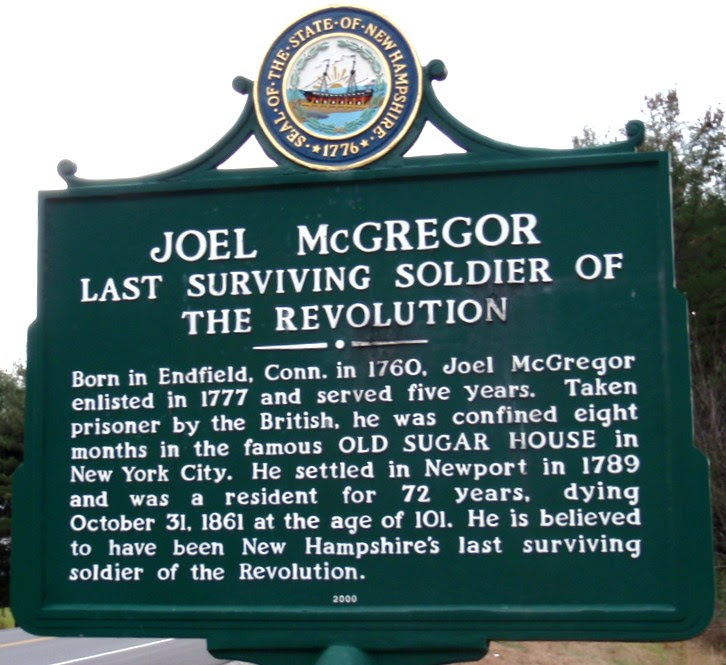 "Born in Enfield, Conn. in 1760, Joel McGregor enlisted in 1777 and served five years. Taken prisoner by the British, he was confined eight months in the famous OLD SUGAR HOUSE in New York City. He settled in Newport (New Hampshire) in 1789 and was a resident for 72 years, dying October 31, 1861 at the age of 101. He is believed to have been New Hampshire's last surviving soldier of the Revolution."

I have found that at least three sugar houses in New York City were used as prisons for American soldiers during the Revolution. I will assume that the Old Sugar House on Liberty Street is the one which is spoken of on the plaque above. The conditions of the prisons were horrid. I am gratified that McGregor lived a long and hopefully peaceful life in New Hampshire after his suffering as a prisoner of war.

Go read the accounts of the Old Sugar House at Incidents of the Revolution and British Prisons and Prison Ships.