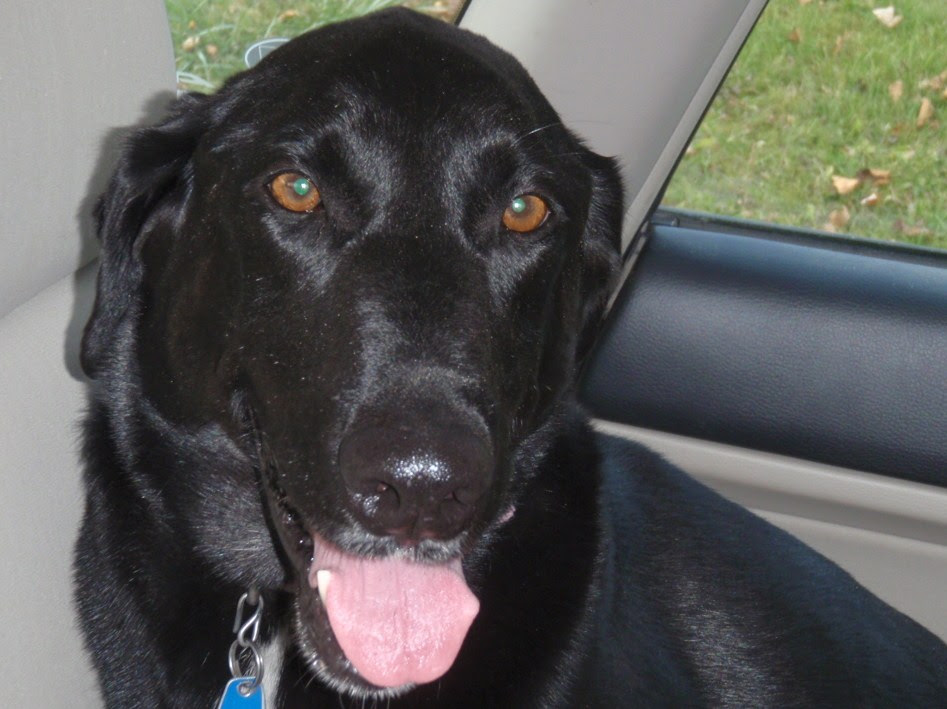 This is Sadie, the gun shy dog. She lives in Barton. You may remember her from when she left home in 2008 while folks were target shooting near her home. Her owners were away and Sadie was running in fear around the area where I lived. We took her home and kept her until her owners returned home, unperturbed by Sadie's disappearance.

In early November John and I returned to Barton so that John could roof the house. Guess who returned on Saturday morning for a visit? Sadie. On the first day of hunting season. And her owners were away again. But this time, instead of leaving the garage open for Sadie, they had just left her out in the open. It had snowed the day before, yet Sadie was just left alone with a frozen water bowl.

Sadie and I returned home to my Barton house and I allowed her to run free. But Sadie found the chickens, who were outside scratching in the grass for bugs. Sadie behaved at first but eventually she began to run the chickens down. She had to be restrained, so she was locked up in my car with her food and water (which I had taken from her owner's porch).

We left phone messages for the owners and hand written notes on their porch. We called their vet, who refused to help, and the animal control officer, who was away for the weekend. Sadie had to stay with us. We debated keeping Sadie but John and I don't want a dog and Amy and Matt had enough dogs.

Eventually, the ACO came home and on Monday authorized Sadie's overnight stay at the vet's kennel. I hope Sadie's owners value her enough to protect her better. She deserves much better in life.