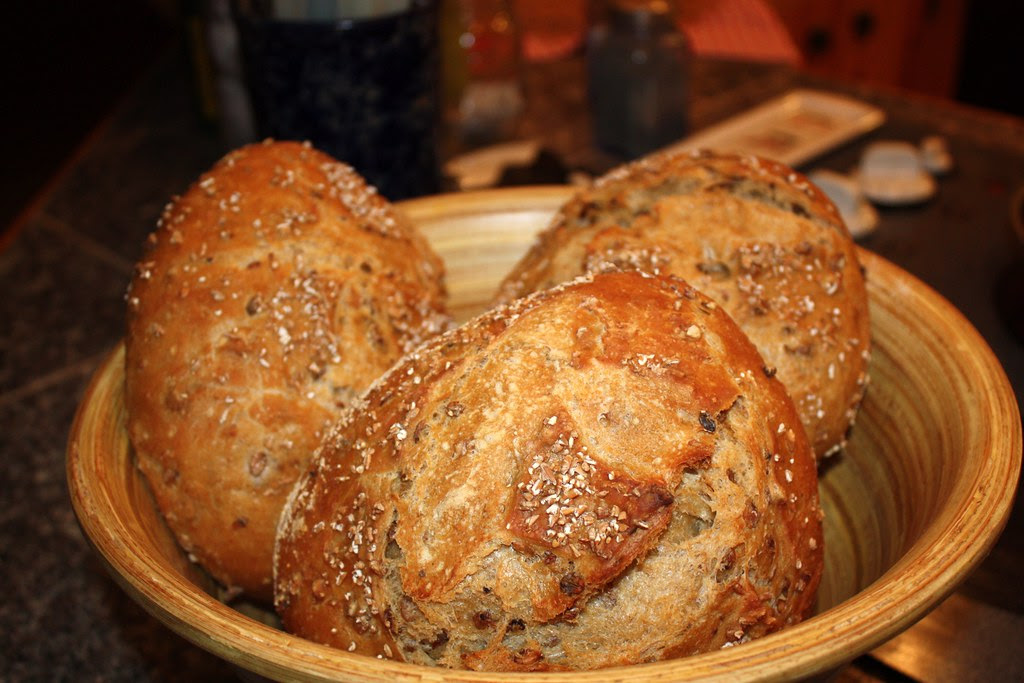 In my post Making Bread, I explained that malt powder is used in some bread recipes. I didn't have any when I made my English Granary Loaves (shown in the photo above), so I decided to make my own malt powder with wheat berries that I had on hand. 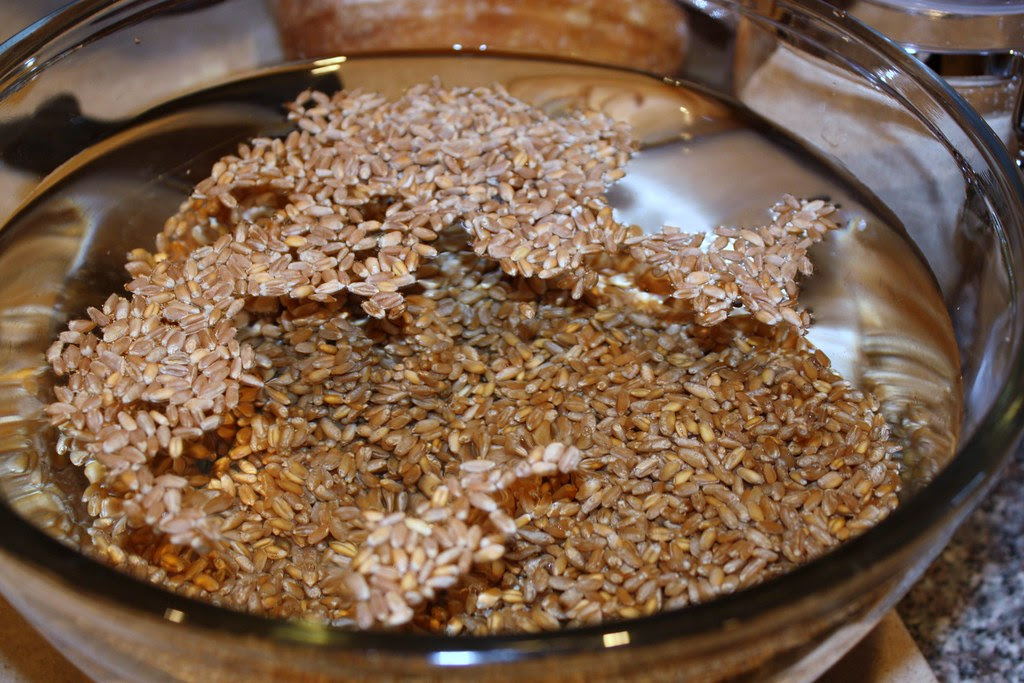 Following instructions found at jugalbandi blog, I soaked my wheat berries in water for 24 hours (shown above). Then I drained them and put them in a dry bowl and covered the bowl with plastic wrap. They remained in this bowl for another 24 hours and the wheat berries sprouted. 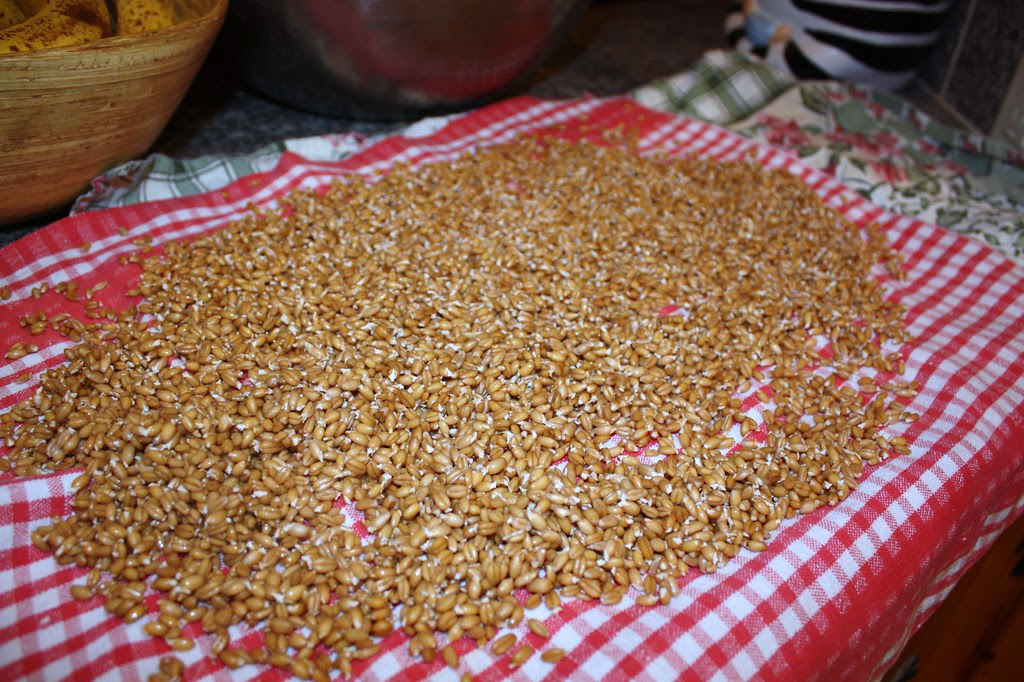 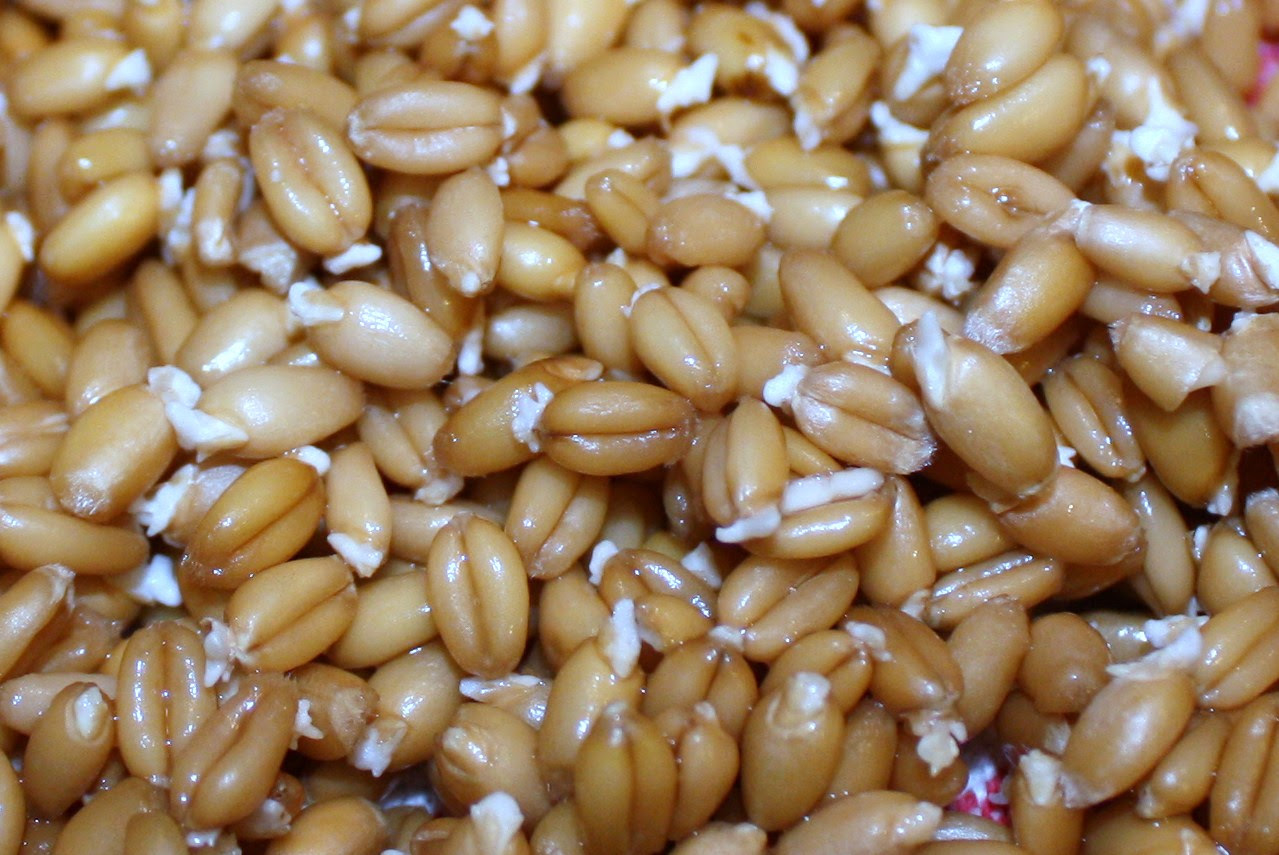 After drying on the towel, John and I loaded the berries in the dehydrator for another 24 hours. John carefully tore paper towels to fit the shape of the trays of the dehydrator because the berries are so small. We monitored the temperature inside the dehydrator so that it never was warmer than 130°F. This ensures that the enzymes in the malt powder are still alive. 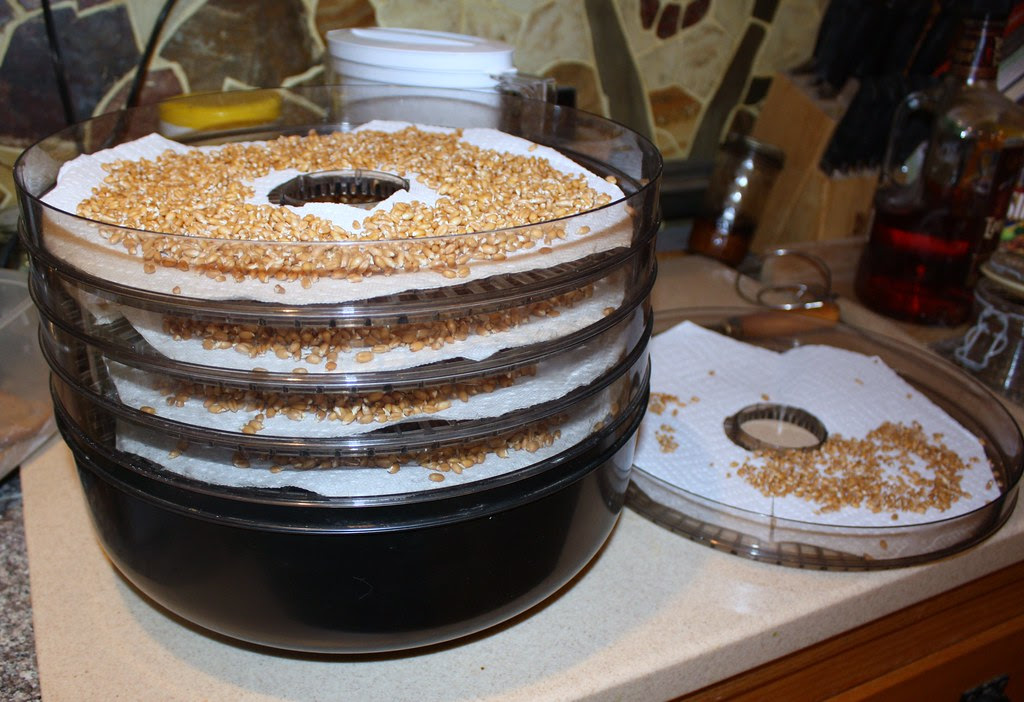 We were finally able to grind the berries into a flour. I don't have a wheat grinder so we used my Cuisinart Mini Food Prep. The flour is very coarse and gritty. 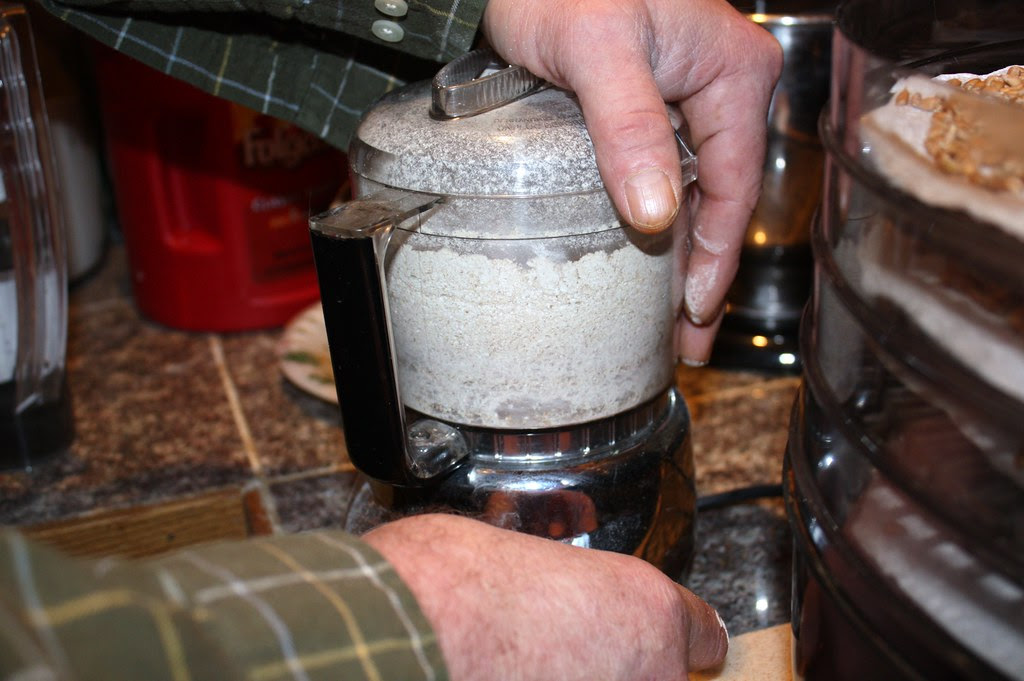 The malt powder is now stored in the refrigerator until I need it again. I am really wondering if we made a true malt powder or simply sprouted wheat flour. We'll find out the next time I make English Granary bread. 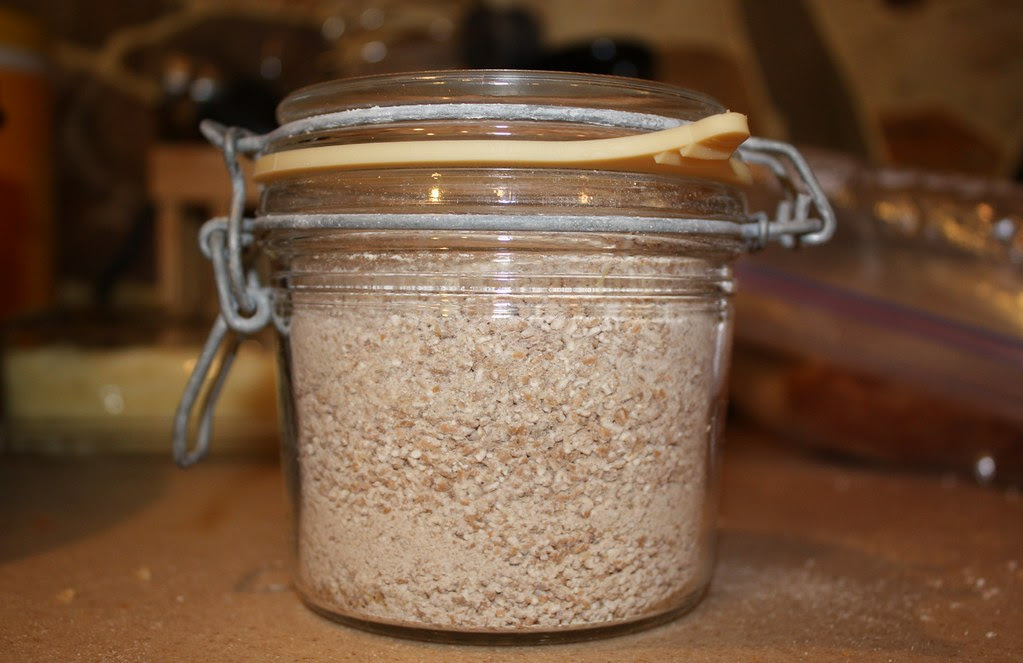 My final analysis: I won't bother doing this again. I'm going to pay for the malt powder at King Arthur Flour. It's only $4. The process of making your own malt powder takes several days and a lot of time. To make it properly I need to buy a wheat grinder. That alone is too much of an expense. Now I need to return to the store to replace my wheat berries. This project was a fail!