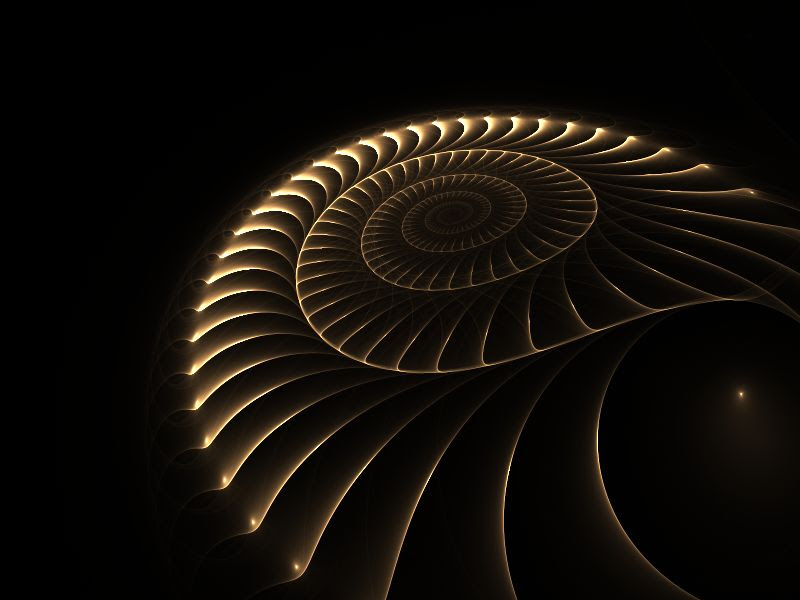 You know me — I live to teach and that is why I love the Unplugged Projects. They motivate me to learn and share what I learned. I seem to be naturally attracted to spirals. I create them in my fractal images and once I even re-created a proof of the existence of irrational numbers that creates a spiral using the Pythagorean Theorem. When I get that paper scanned, I will add it to this post. I especially loved this Spirograph project for February. Spirographs are mathematical constructions. I'm not going to go into the mathematics of a Spirograph image. I will be using some vocabulary and images that demonstrate some basic mathematical knowledge that are important and are being taught in elementary mathematics classrooms now. I would like your children to be curious enough to explore and research the topics on their own while they play. They will retain their new knowledge when they follow their curiosity.

I began my Spirograph exploration with the Phun 2D Physics Sandbox. With this beautiful, free software you can explore cycloids with your children. I created some cycloids with Phun's cycloid demo. You can manipulate points on the wheel to create different cycloids: 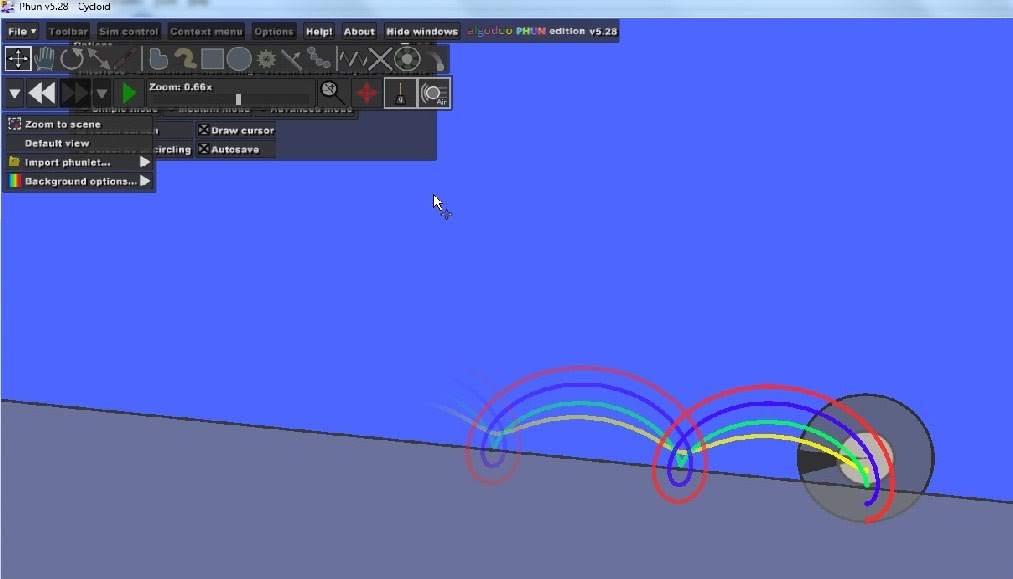 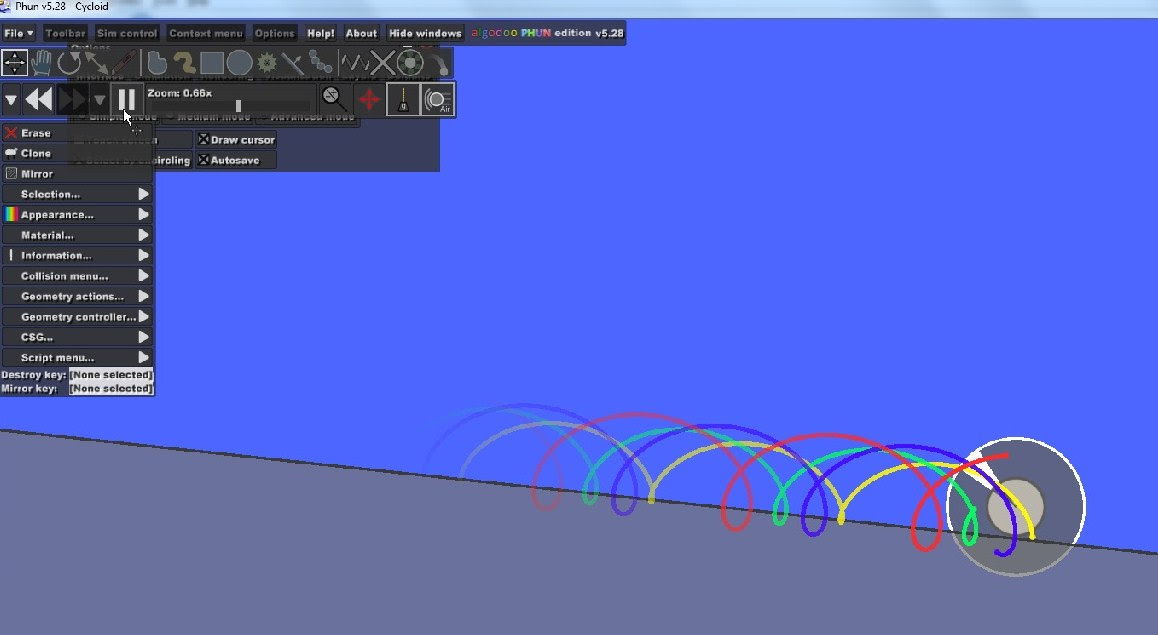 Because I am a math teacher, I know a cycloid when I see one but I couldn't define it for others. So I went to Wikipedia and got some public domain images:

above: The red curve is an epicycloid traced as the small
circle (radius r = 1) rolls around the outside
of the large circle (radius R = 3).

above: Evolutiion of a typical Spirograph pattern.
The Spirograph project is beginning to be more fun now! I know some words so now I can talk to other people about my new knowledge so that we can share information and teach each other. I've seen some neat designs and I understand how these words and designs relate to bike wheels turning on a flat surface. I have a glimmer of how all of this information relates to the Spirograph now. I'm really not interested in the mathematics but I want to know more.

I then went to David Little's Spirograph Applet (just click the link and it will open in a new window).

At this site, I found this image that helped me more (even though I may not understand the math!). This image looks like my Phun cycloid! Click the image to read it and you will see it full size in a new window: 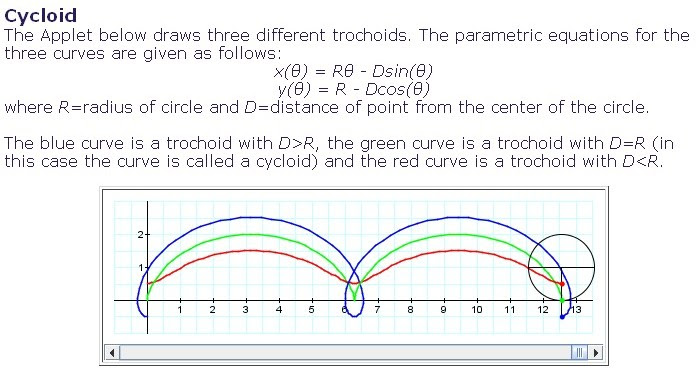 I then clicked on the applet window on the browser page and I played for hours with the controls. I learned to click on the right or left ends of the glider controls instead of sliding them. In that way, I had more control over my images. I began my exploration by sliding all the controls far to the left. I then slid one to the right, a click at a time, to see what happened to my image and what happened to which circle. After I played with each glider, I began to combine gliders and I got some great images! 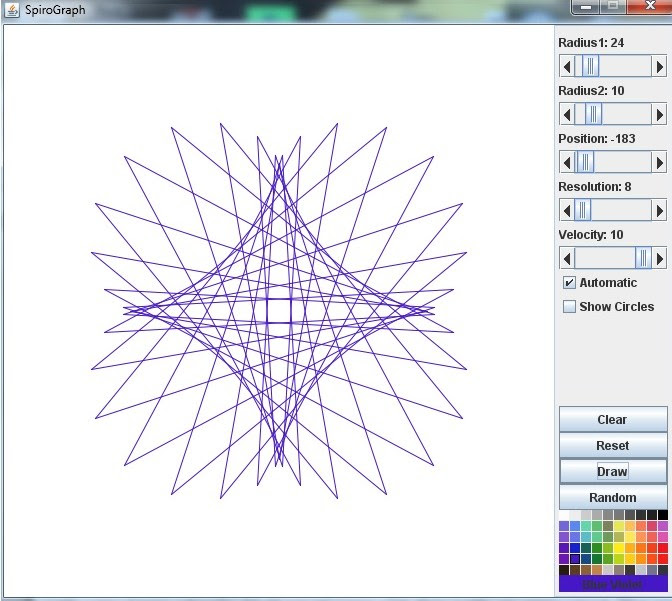 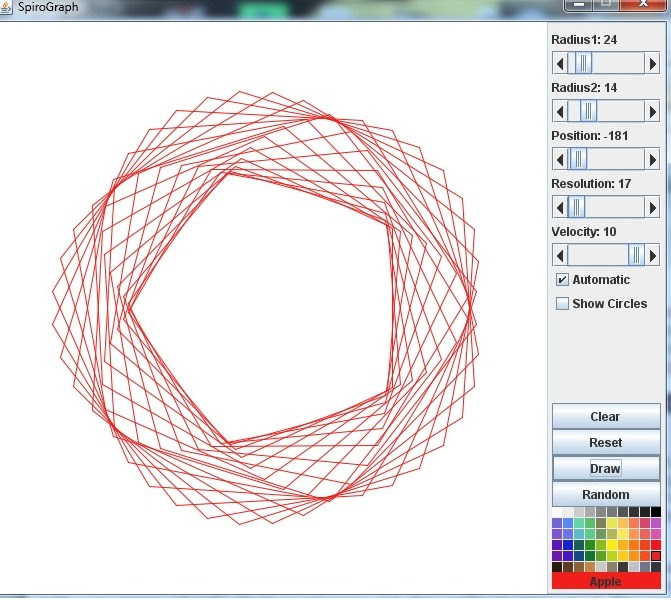 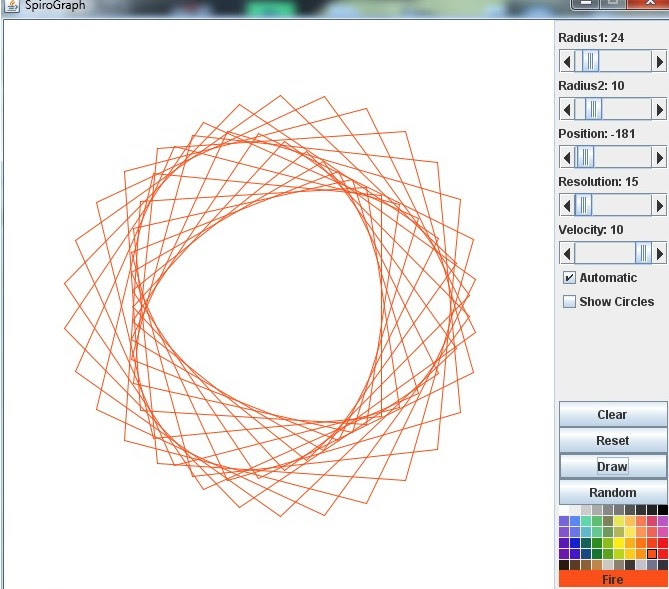 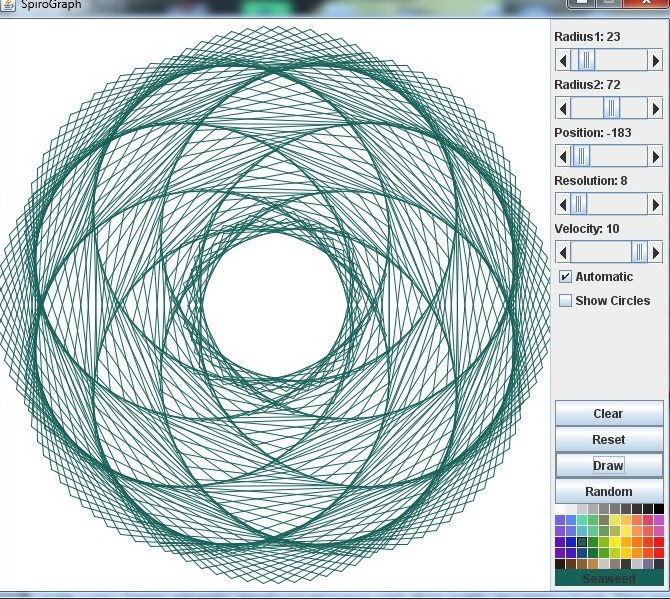 This is great stuff! You can see why I was thoroughly enjoying myself while I created beautiful images. I wanted to see if there was another applet to play with and I found the Amazing Spiro Applet Version 2.0. I could play in my browser or download a stand-alone version to play any time. This applet has many of the same controls. But there are more and I had to figure out these controls all over again. I learned a lot that I want to share with you to make it a bit easier for you. I hope these instructions are clear!

Play and have fun!

I'm having problems saving my drawings but I did manage to save one image that I made: 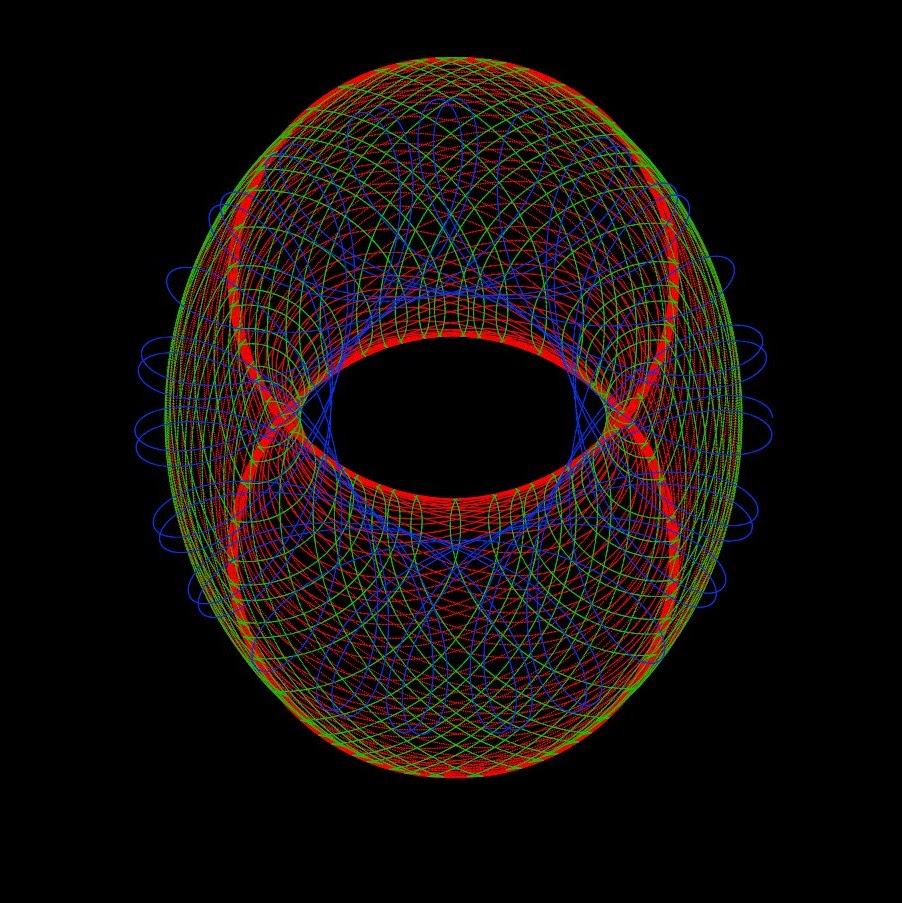 I want to leave you with my favorite February poem. And I would like you to think: why is February the ♥perfect♥ month for Spirograph images? Why is the Spirograph below my favorite image that I created for this project? And who would you give this poem to next February? 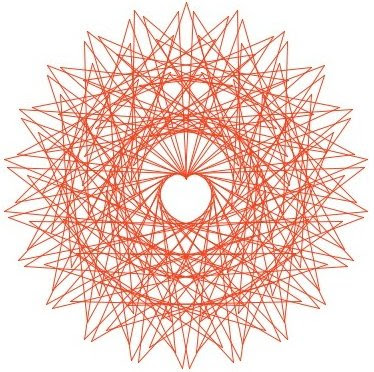