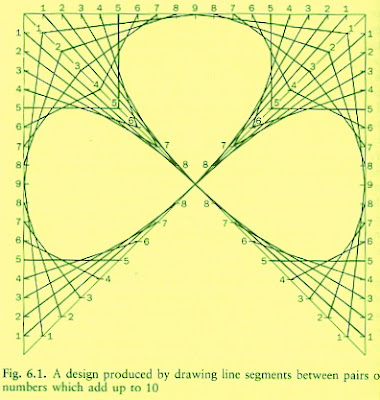 Back in 2008 I posted my lesson plan for curve-stitching lesson for St. Patrick's Day. Hundreds of teachers have read that post. I am reposting it today so that I could update it. I'm flattered and proud that so many teachers have enjoyed the lesson. I have posted all the materials needed for this lesson at my static site meeyauw's hideout. You can click that link and then click the St. Patrick's Day Activities link or you can click the image above or here. I found that there was one broken link but I have left you search terms to look for new activities online. Thank you again!

A three-leafed clover, the shamrock is the national emblem of Ireland. Although it is widely believed that St. Patrick used the shamrock to illustrate the Christian doctrine of the trinity, this idea cannot be proven. In fact the first written mention of this story did not appear until nearly a thousand years after Patrick's death.

The shamrock, which was also called the "seamroy" by the Celts, was a sacred plant in ancient Ireland because it symbolized the rebirth of spring. By the seventeenth century, the shamrock had become a symbol of emerging Irish nationalism. As the English began to seize Irish land and make laws against the use of the Irish language and the practice of Catholicism, many Irish began to wear the shamrock as a symbol of their pride in their heritage and their displeasure with English rule.