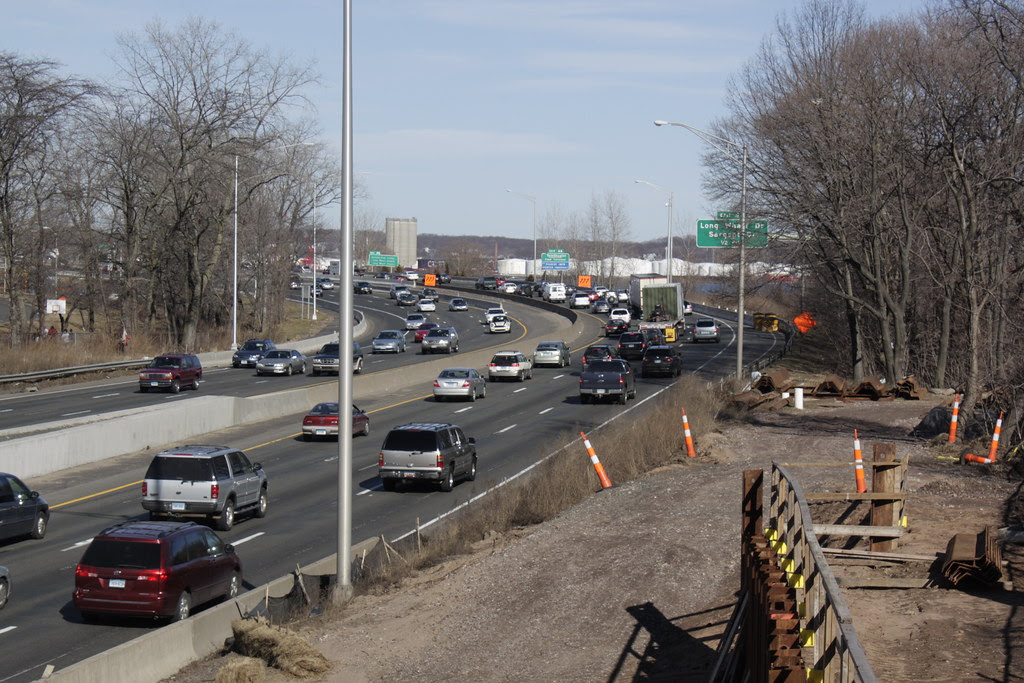 Last weekend when John and I were in New Haven.
Above: I-95 North seen from above. Whenever we go to New Haven, John and I immediately go for a walk in the neighborhood and on the beach, pier and marina. The interstate cuts off the shoreline from the city of New Haven. Anna lives on Long Island Sound in the City Point neighborhood. The area is full of old homes from the oystering era a couple of hundred years ago. Anna and Aaron have done a lot of renovations to their house and John is helping them with the next phase. As dusk fell, Anna drove us to meet Aaron at his new studio. I sat in the back and played urban photographer. It's not as satisfying as photographing nature in northern New England, but I got some interesting shots in. 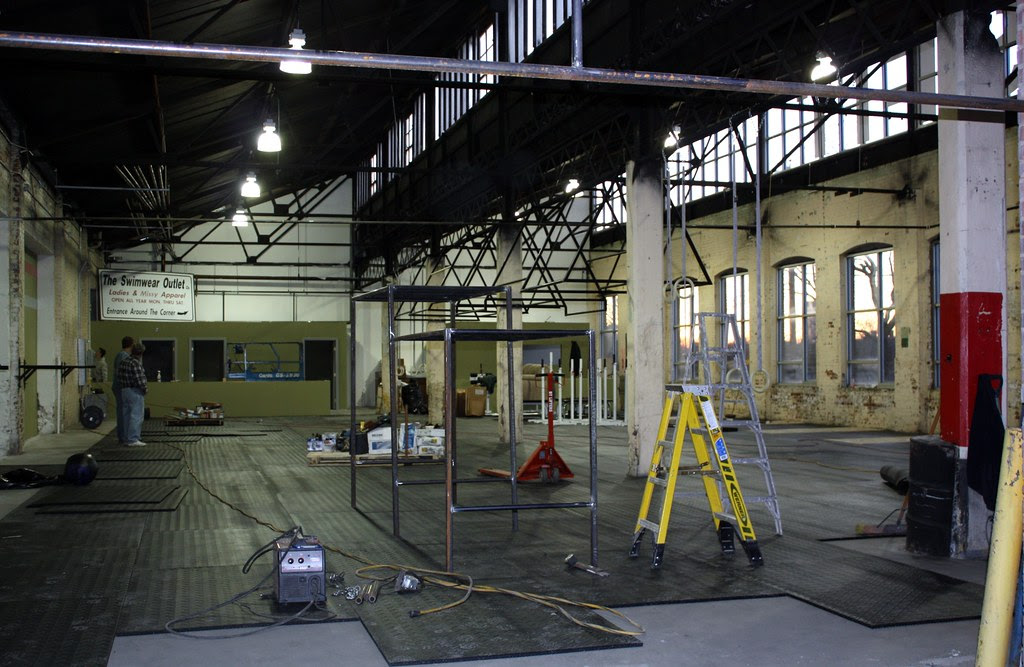 Aaron's new studio is not even finished being built yet. It is in an old factory building that is being rennovated. This was the scene as we entered. This is just one area of the huge, huge building. 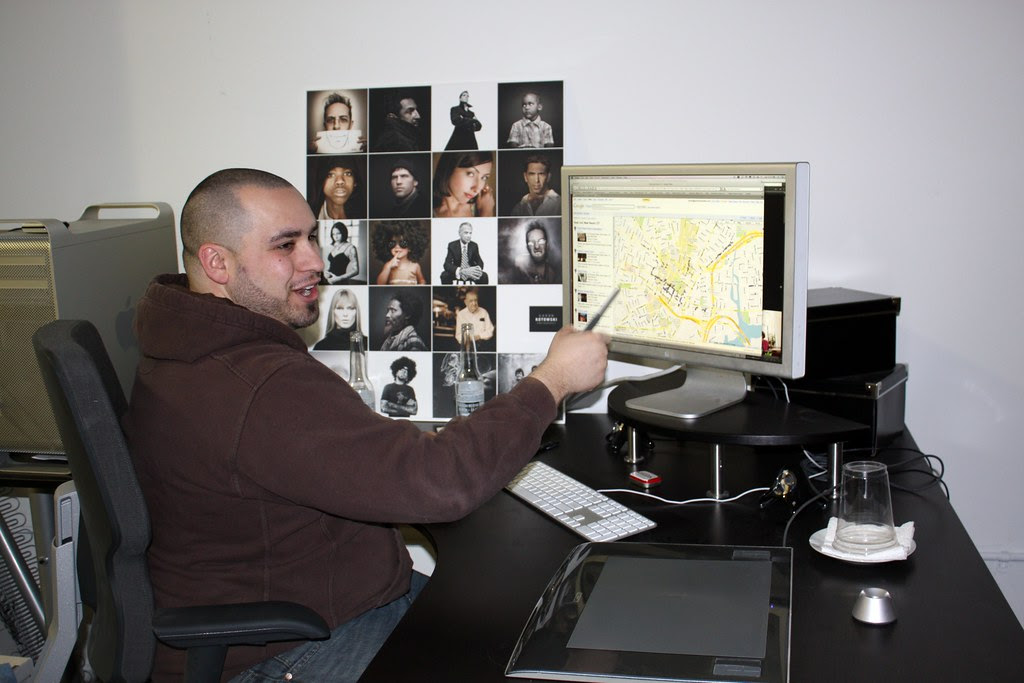 Aaron at his envy inspiring Mac Pro, trying to decide which restaurant we will all eat in that night. His little sister, Toni, and her family were also there. Be sure to look at Aaron's work at:
aaronkotowski.com 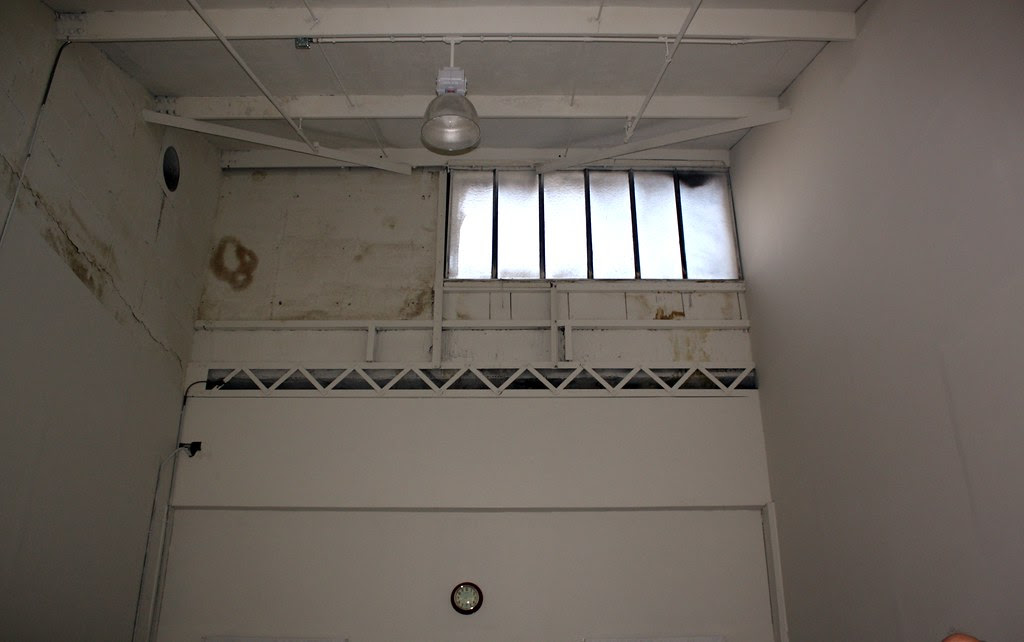 Aaron has barely begun to move into the studio. There is an interesting light above the door. 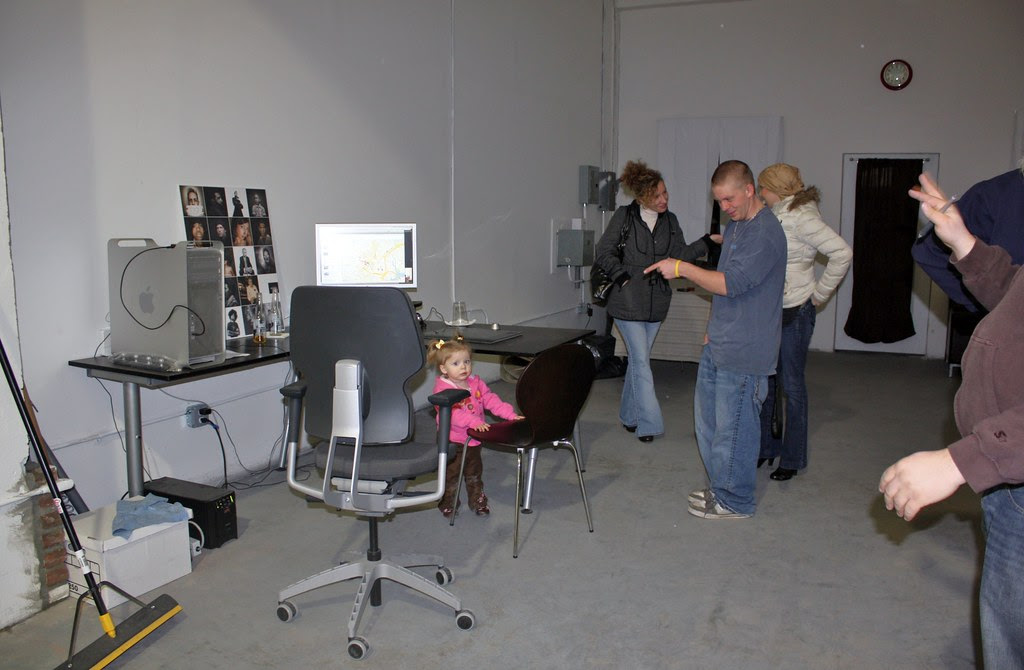 All of us here are gabbing before we leave for supper. The little girl is Arianna, Toni's daughter. She is the cutest thing on earth. Arianna's dad, David, is waggling his finger at her. Behind David is my daughter Anna on the left and behind David is Toni, Arianna's mom and Aaron's little sister. On the far right you can see Aaron's hands and John's shoulder. 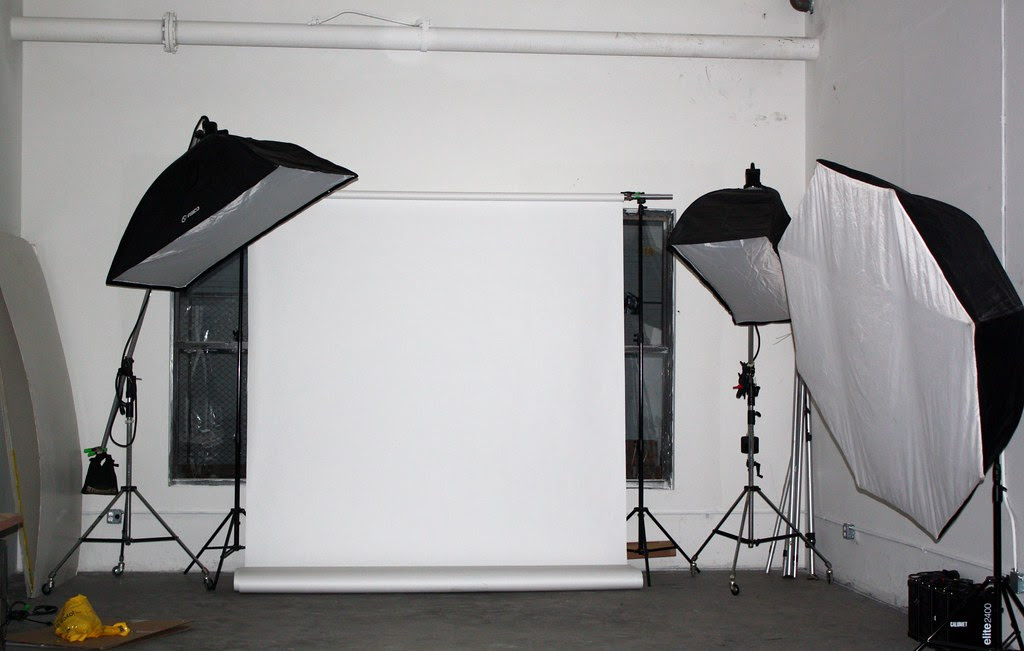 Aaron has some of his lighting in the studio. 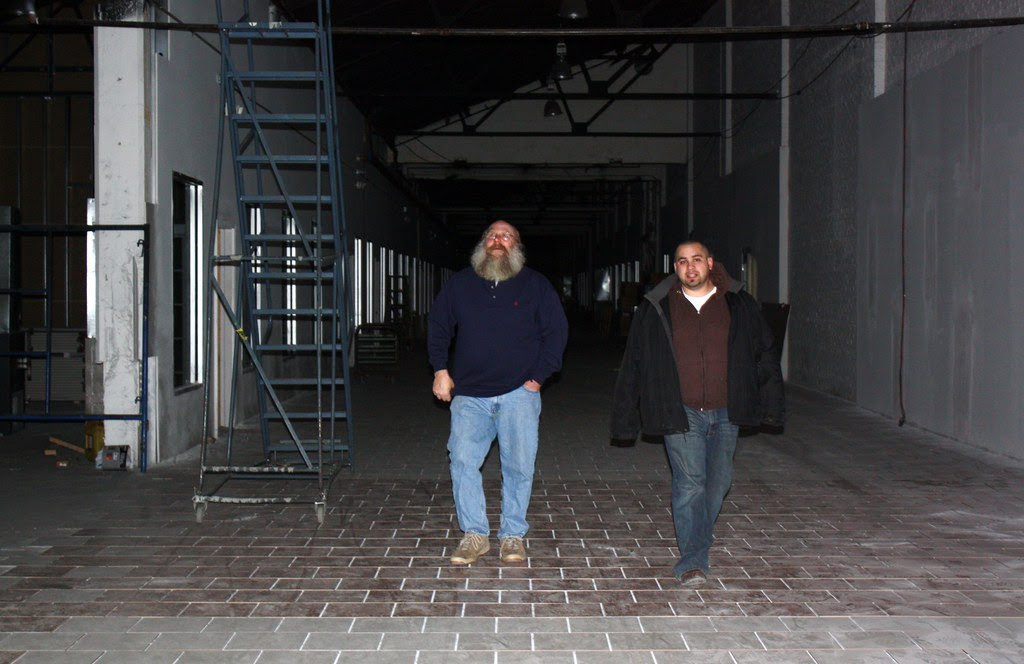 John and Aaron leaving the studio and walking to the car. The floor has been tiled but not grouted yet. 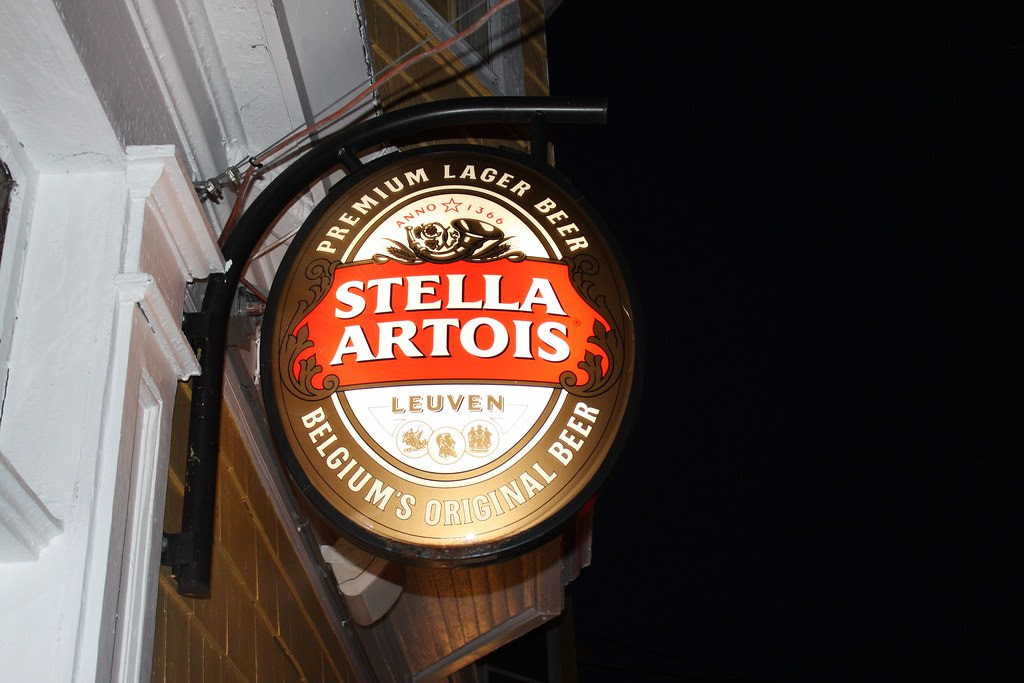 More urban photography: a sign near the restaurant that we ate at. 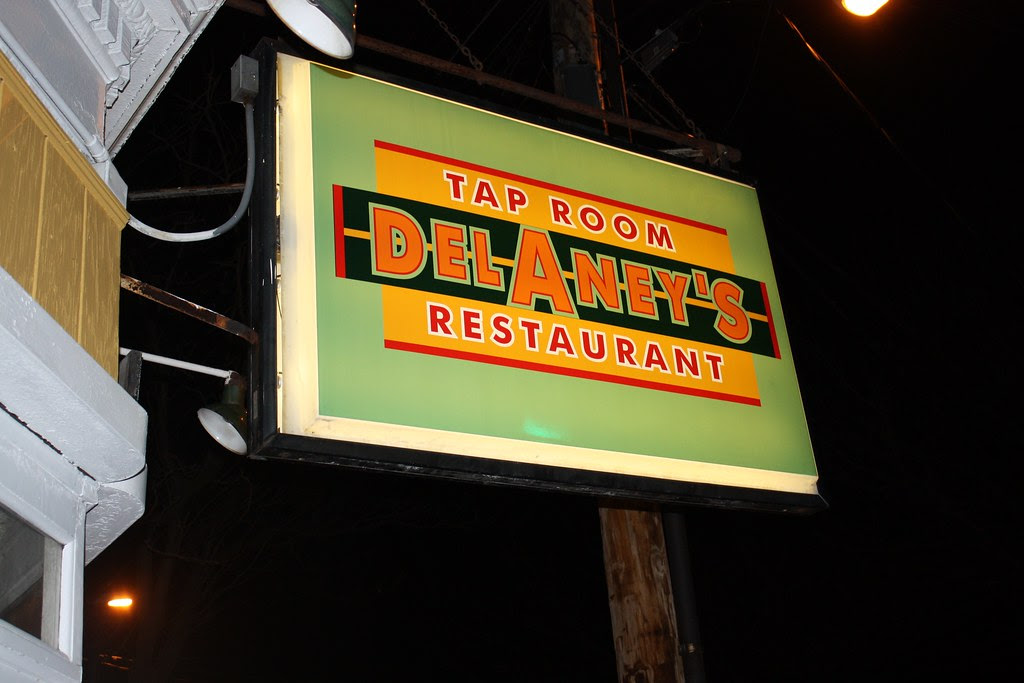 Delaney's Tap Room & Restaurant (where we ate)
Click the link for more info. 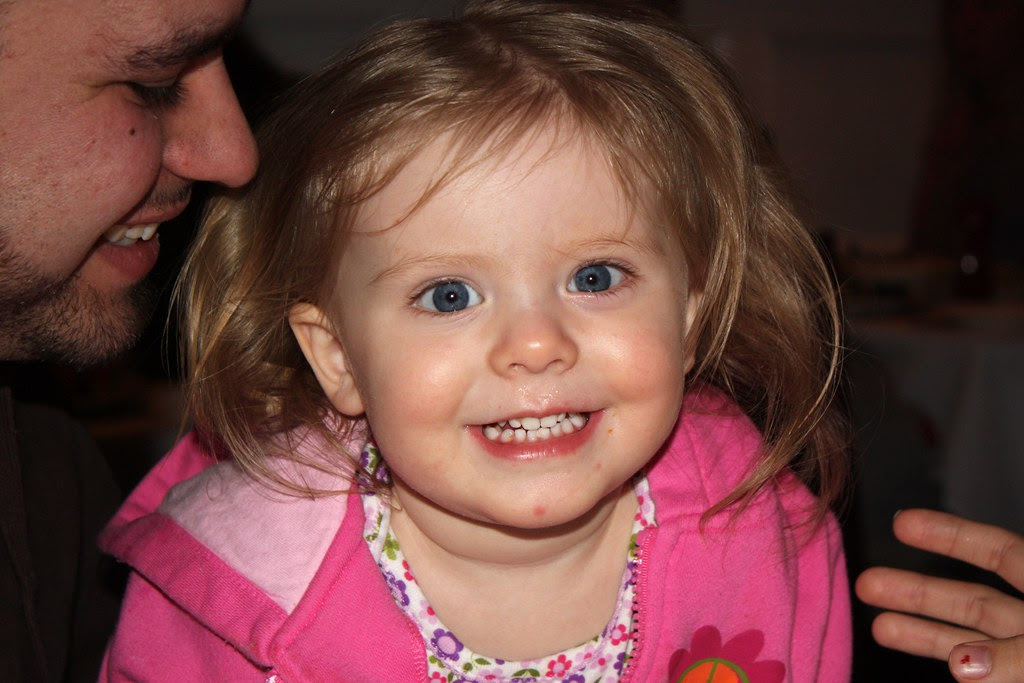 Arianna and Aaron enjoyed themselves all night. 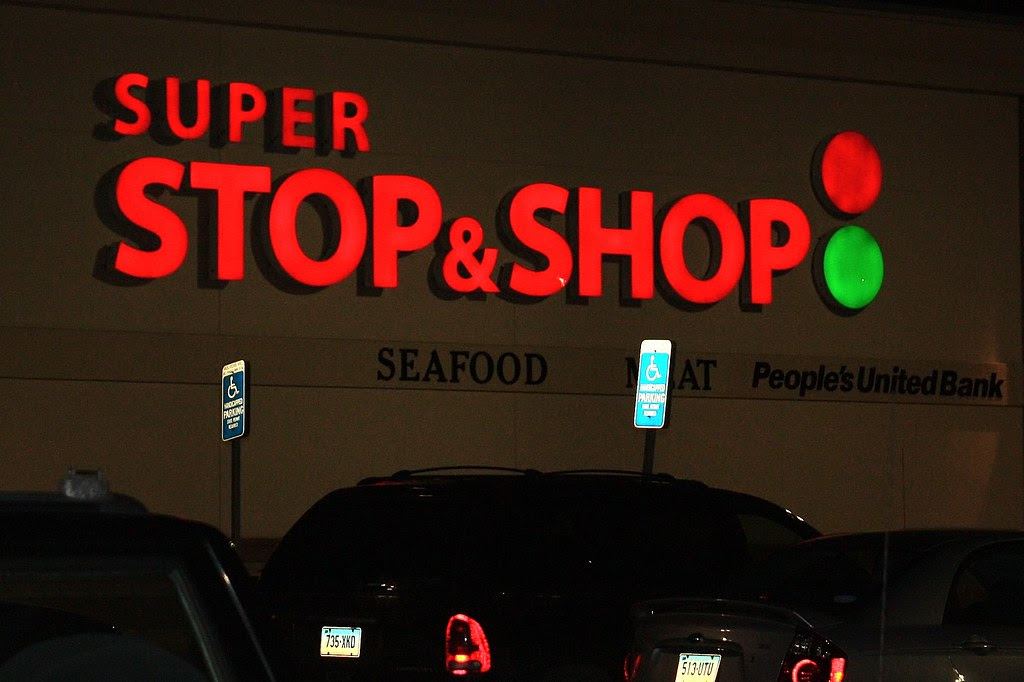 Anna had to stop at the store on the way home and I tried one more sign photograph for the photochallenge.org March challenge.