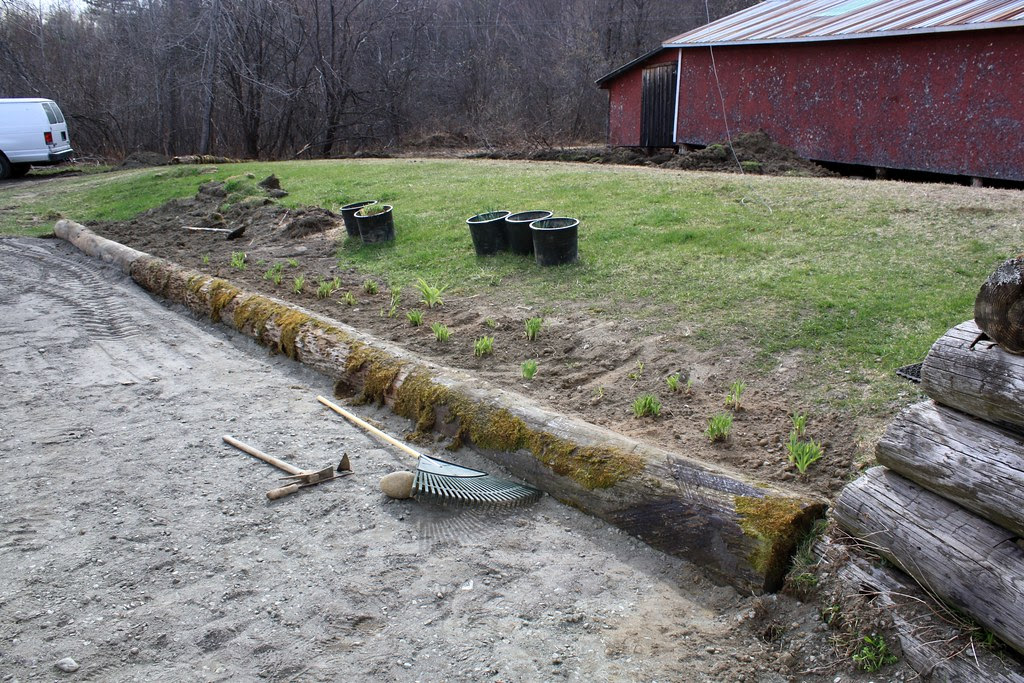 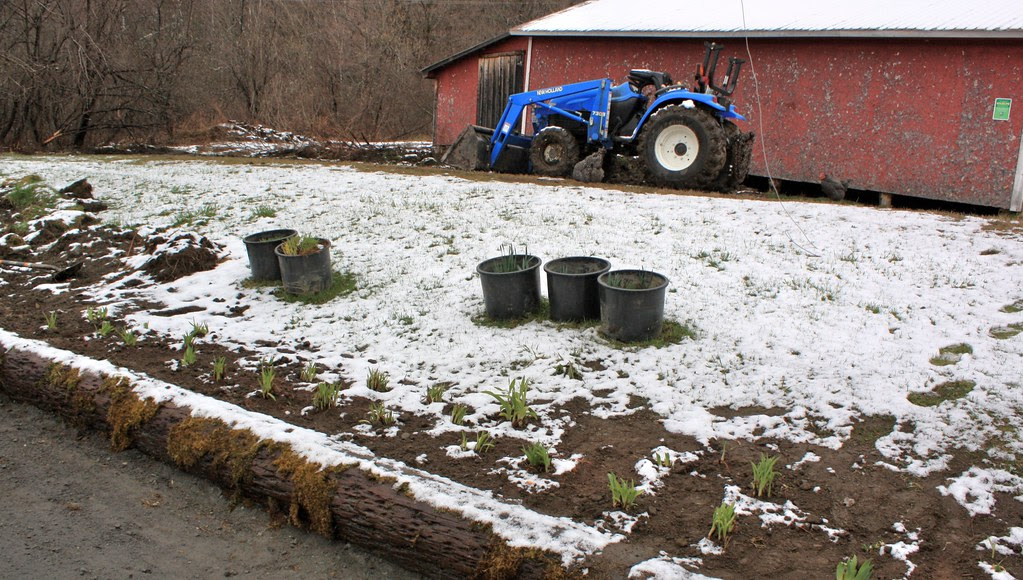 It then rained and snowed for five days after we planted the lilies. They did just fine. 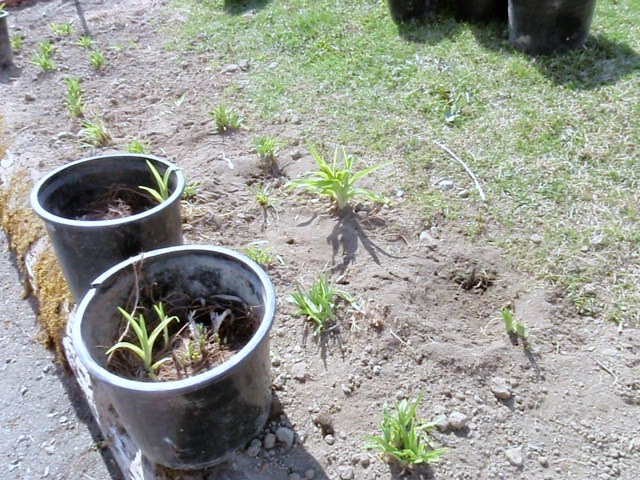 But then the chickens found the lily garden. They scratch in the soil, as I suspected they would. But they also take their little, no longer cute, dust baths there. And when the bath is done, they finish with nibbles of the lilies. Above you can see a large chicken dust bowl in the lily garden. Below you can see a chicken hiding behind a black tub while she makes a dust bowl. She knows she isn't supposed to be there. We run them off every time we catch them messing with the lilies. 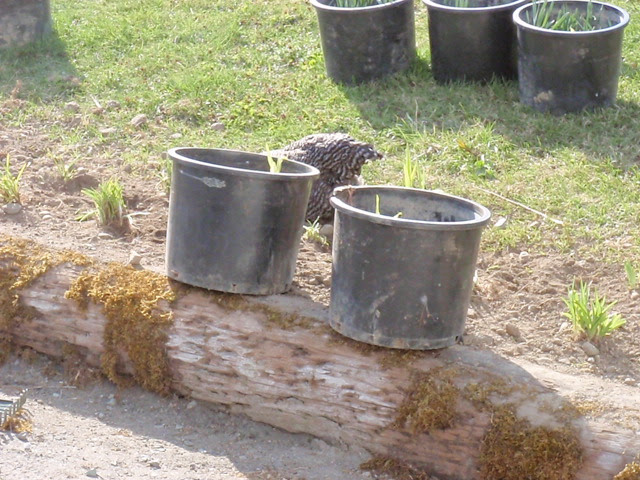 Now I know why chickens do not usually have free range on a farm but are confined to a pen. I wish these chickens were confined.