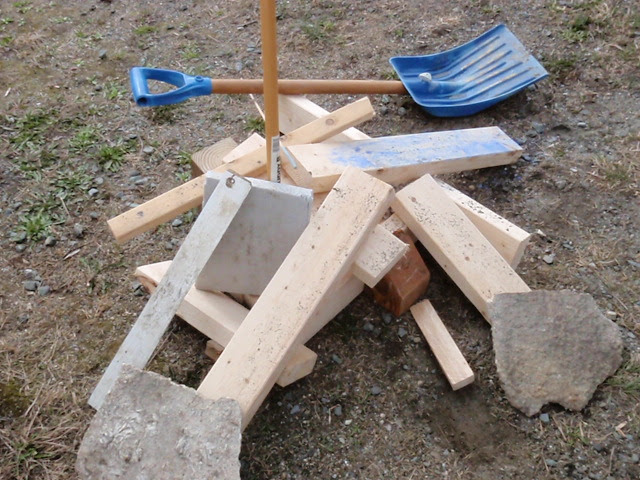 Catgirl and Ironman used John's scrap wood to make a weasel trap. They were not pleased that a weasel had killed one of the chickens. They were very ingenious and knew that if a pile of wood fell around a weasel, they could possibly capture it. There are real kill traps that use this idea of trapping an animal inside something so that other things fall on top of the animal to kill it. But I really doubt the kids knew about this. They baited the trap with chicken feathers, which you cannot see, inside the trap. Ironman told us that the feathers would then tickle the weasel and the weasel would then jiggle. The jiggling would cause the wood to fall on top of the weasel inside the trap. 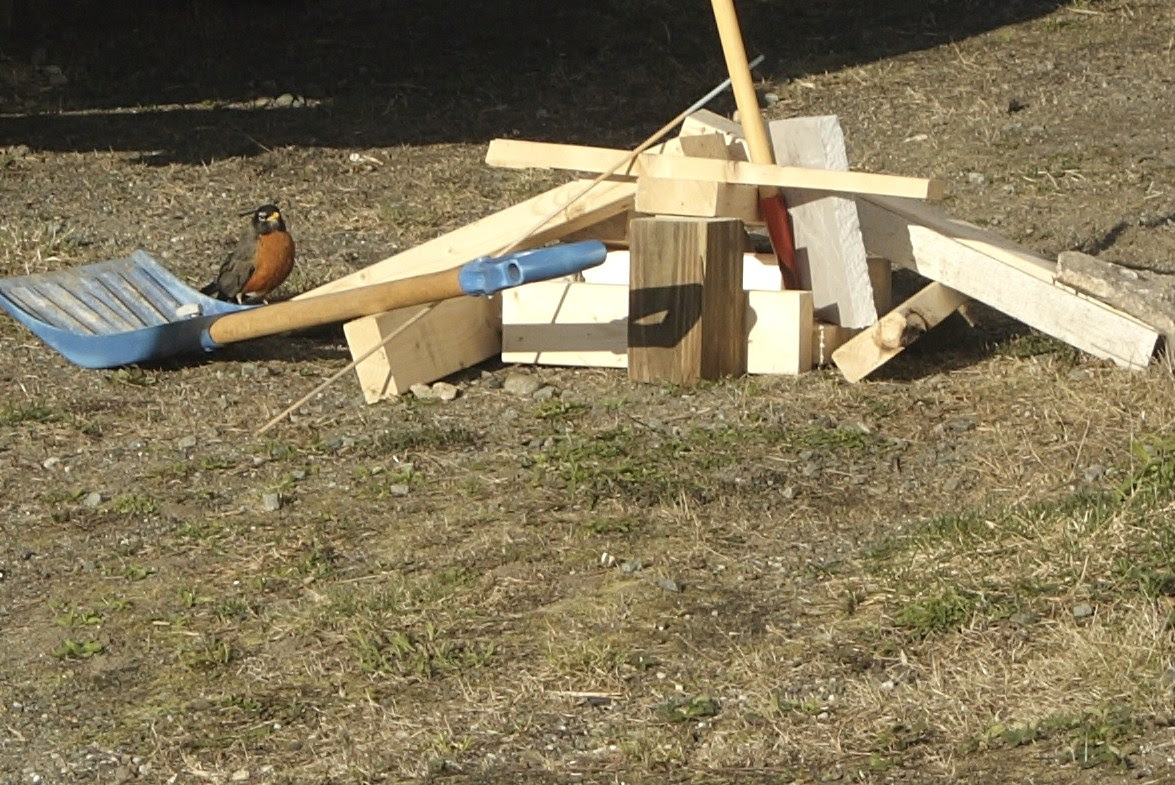 They were somewhat successful! The next morning I watched as a flock of robins had a few fights. After the fights, the robins discovered the trap. You can see the robin above checking the trap out. The kids were not impressed with this result, so they improved their design yesterday. They built a walkway to the trap (below) so that perhaps the weasels would find it easier. 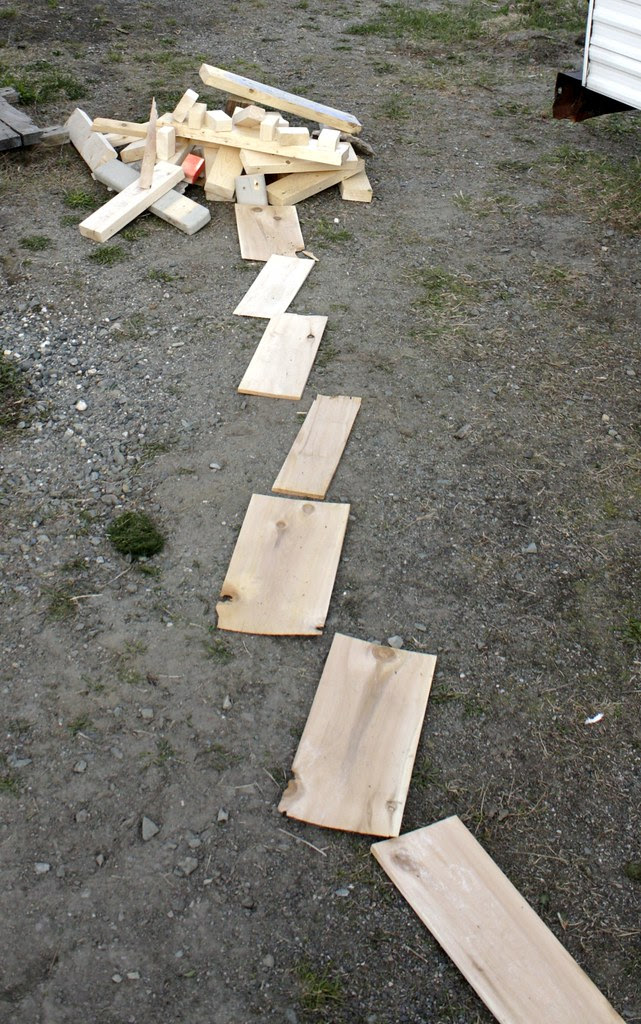 And Buddy? He's just doing his own thing, leaving his bed twice a day to go outside and watch over the chickens. 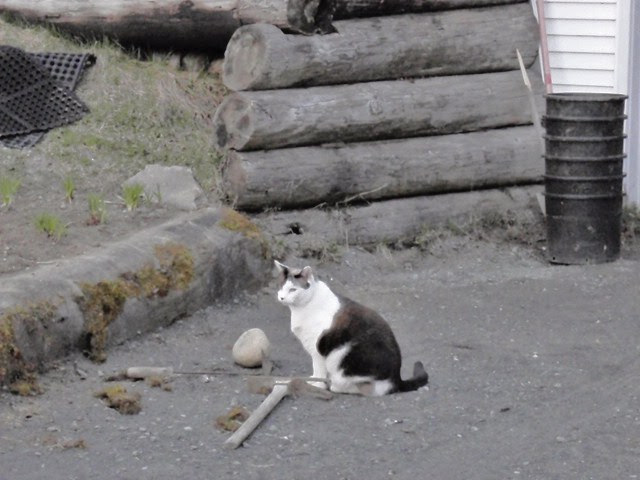