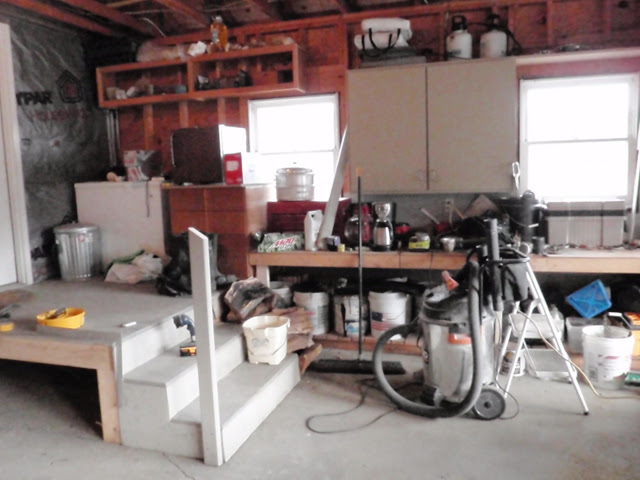 The brush hogging is still going on, the ancient stream beds are being rebuilt. Obama's economic stimulus plan has paved Route 16, the septic engineer is designing a new septic system, and the town road agent has approved a new culvert and drainage for the driveway (we pay for the culvert and the town performs all future maintenance). But there is a lot of activity inside the house as well . . . 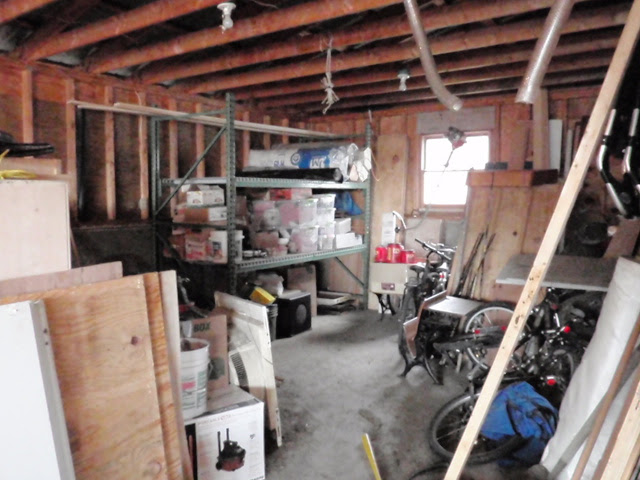 Having four households of "stuff" in the house is quite a bit of stuff. Half of the square footage of this house has never been used by me or my daughter. But now it has to be used well and wisely. Above you see new shelving to store our stuff while the house is renovated. Those of you who are used to the clean, empty garage? Forget about it! It's now workshops and storage. For the time being, there is no room for cars. John has added cabinets and work benches and storage for his carpentry equipment. The handicapped ramp that I was always going to get rid of after my father died, is now really gone. The back stoop is half-gone. And now stairs go from the garage to the attic that is over the original woodshed of the old house. The attic floor had to be rebuilt, also, so that we didn't fall into the house! John's finding all sorts of nasty surprises: poor construction, old construction, and a lot of evidence of animal infestation.

The insulation in the walls of the garage, built in 1992, was a maze of mouse tunnels and nests. No wonder my cats began to ignore the mice here! The number of mice was overwhelming the cats! 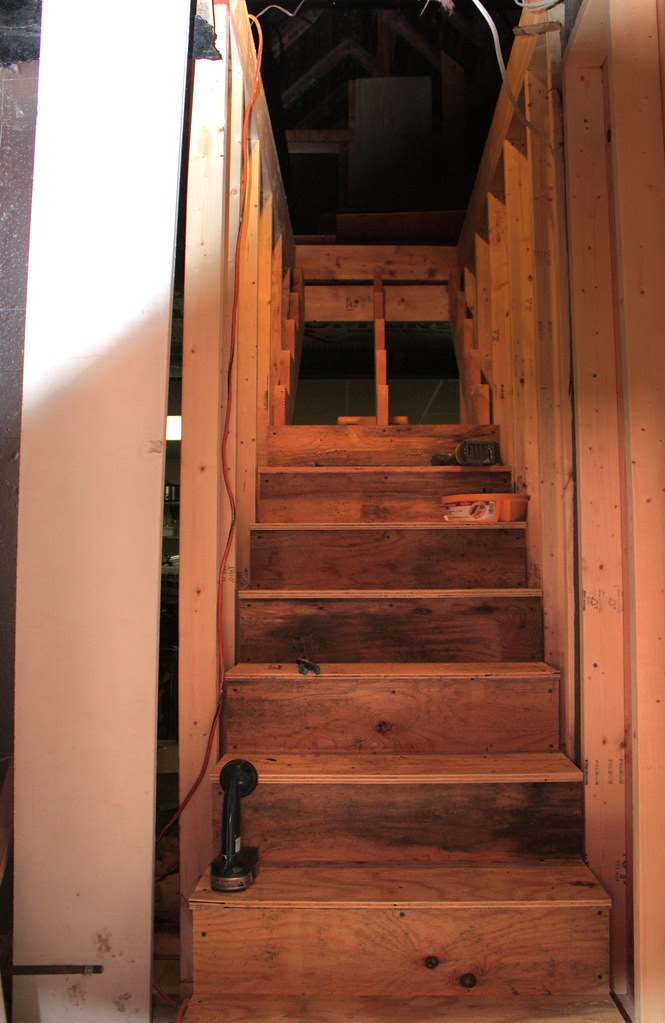 All this, and we have been sick in bed for nearly a week, been watching movies at the library and baking brownies, planting pansies each time the dogs have dug them up, and unpacked. On top of all of this, there is going to be a big party Memorial Day weekend when all of my children and their loves and children and my sister and sister-in-law and friends are coming. We have rented Pageant Park for a day. Sister Camille and daughter Amelia and I shopped for this party on Monday, then had lunch at the Miss Lyndonville Diner. This is an old routine for the three of us because I hate shopping so much. But I will go with them because they are powerful and fast shoppers! I'm not saying anything more. Yet.