How I Went to King Arthur and Found My Future

In January of 2009, the King Arthur blog had posted a recipe for pan de mie. It needs a special pan de mie pan, which I didn't have. Having nothing else to do and it being great weather, I went down to Norwich to the King Arthur store to get a new bread pan. I couldn't see the pan on the shelves as I roamed around the store. I got a clerk who told me that the pans were back ordered. And a man, who had been standing near by, said I could use his. I chuckled; we talked. And we roamed the store together. He had come to the store from New Hampshire to get a square spring form pan to make cheesecake for one. The store didn't have those either. But we talked about our kids, about cooking (which I really didn't do too much of), and we exchanged little bits of knowledge we had. I ended up buying a lot of brioche pans and mixes. He got more yeast.

We continued talking in the parking lot for so long that we went into Lebanon, NH for lunch. We never ran out of things to talk about, but I had to start my two hour ride home, so we reluctantly parted. We haven't been apart too often since then.

Yesterday, in Pageant Park, we were married. After being a widow for 16 years, I finally found a man who is fascinating, intelligent, outspoken, talented, tolerant, hard-working, giving to a fault, protective and loving. My children love him and the cats adore him. The grandchildren think he's the greatest thing around. We have expansive plans for our lives and are looking forward to the future. You've seen some of our adventures here in the blogs — many more await all of us!

I managed to take a few photos yesterday. Aaron took the wedding photos and they will be posted as soon as he transmits them to us. 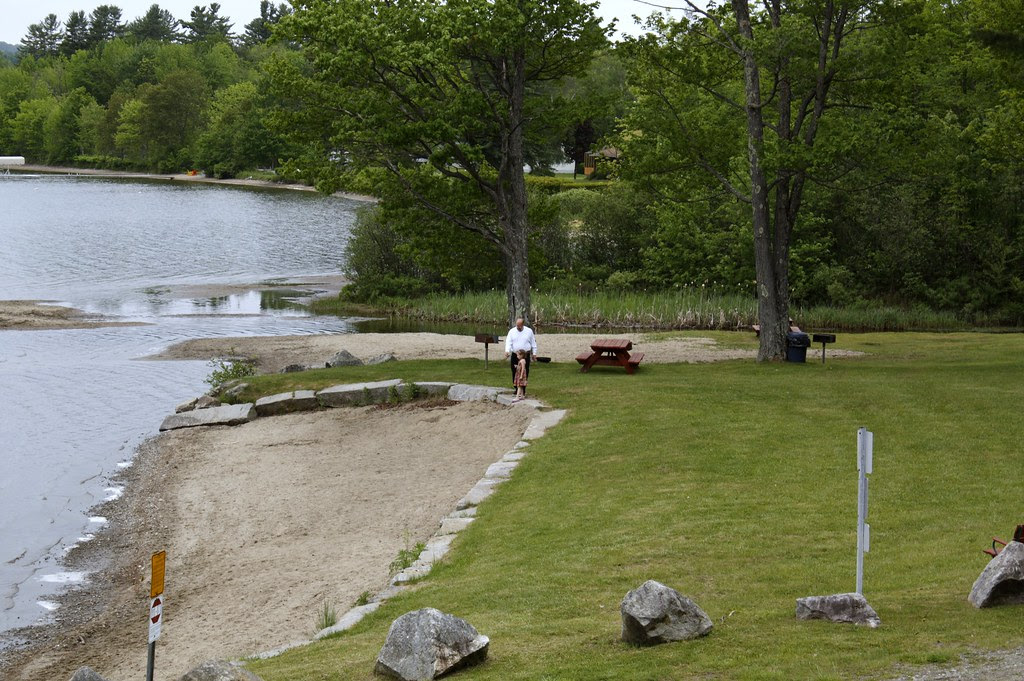 Above: John and Catgirl walk on the beach
of Crystal Lake before the ceremony. 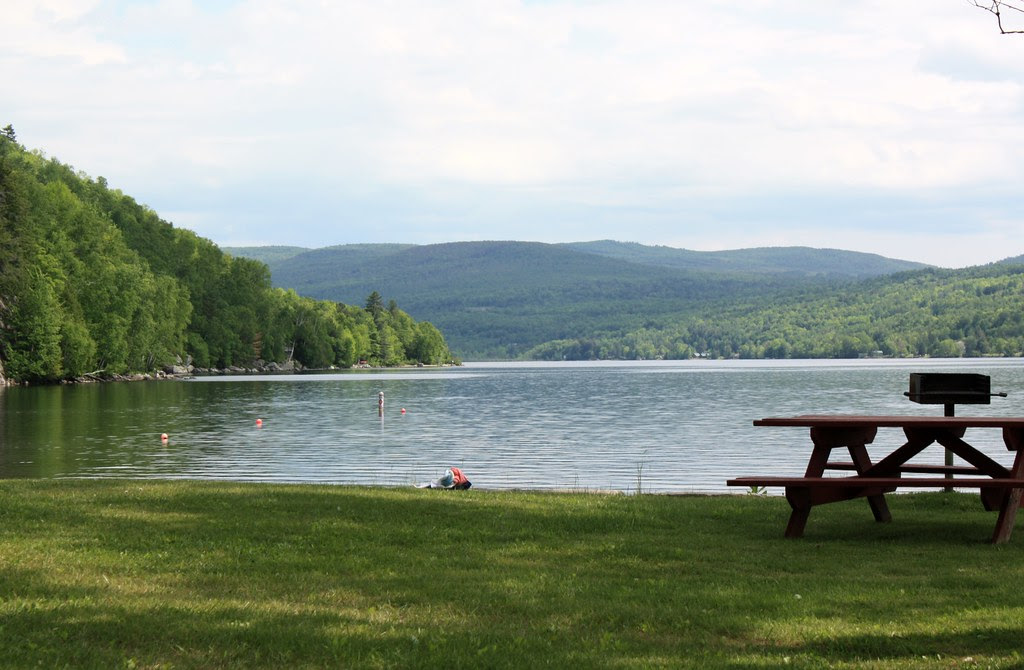 The view of Crystal Lake and the mountains
beyond it from Pageant Park. 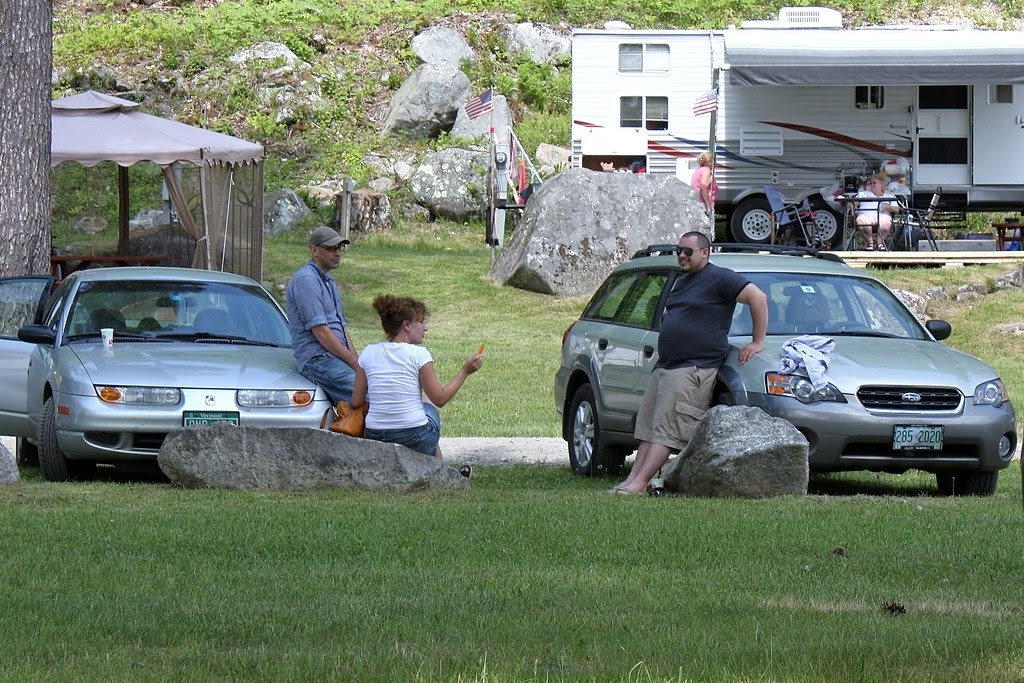 Matt, Anna and Aaron chat while hanging onto the cars. 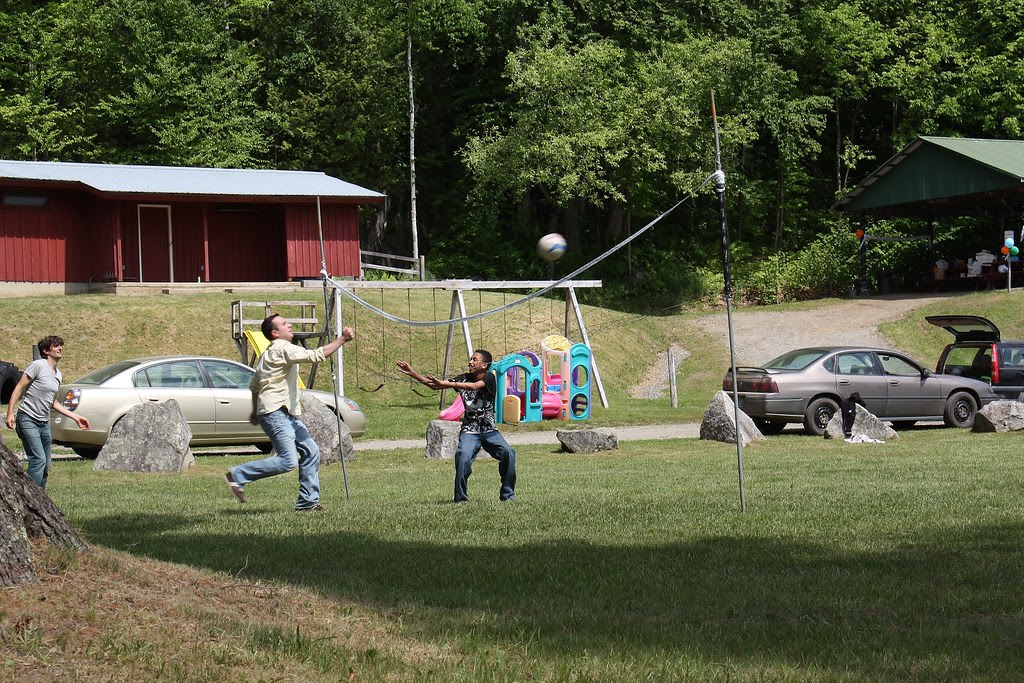 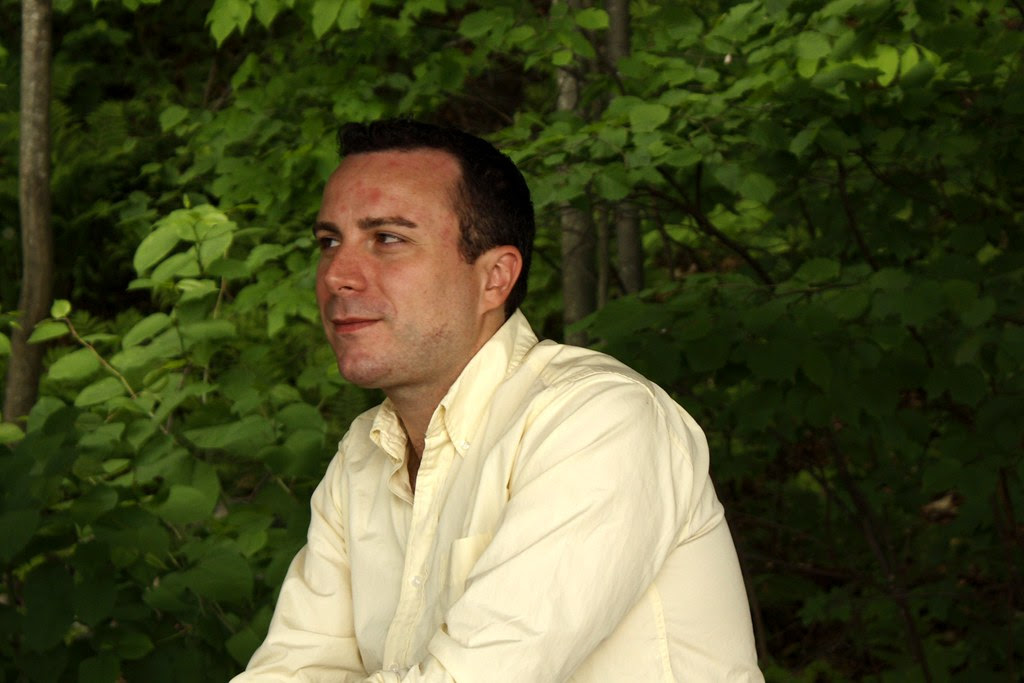 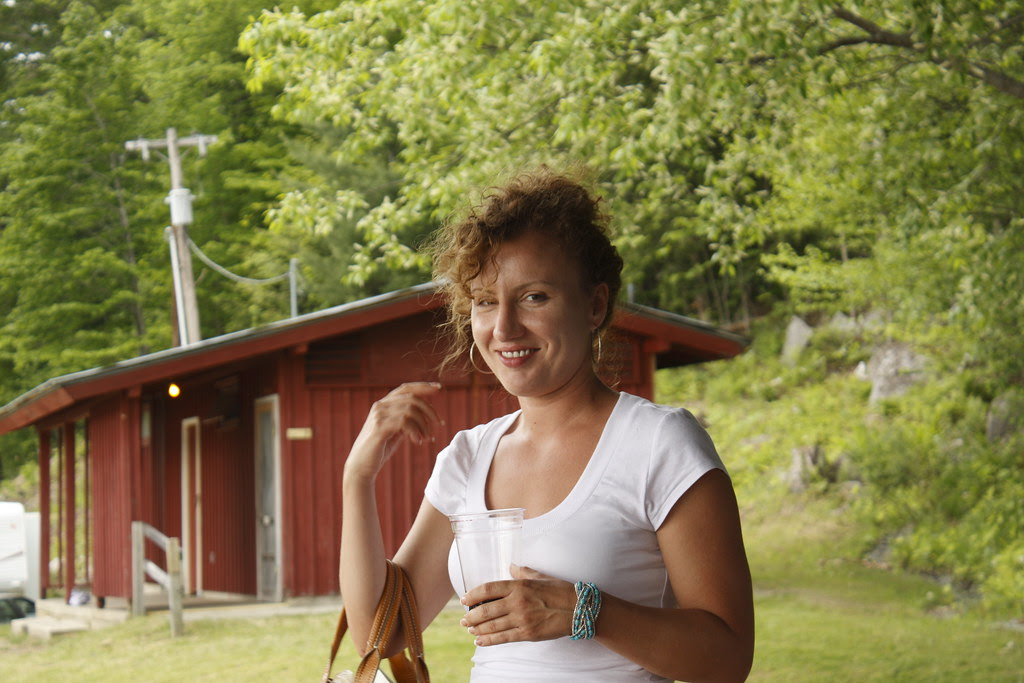 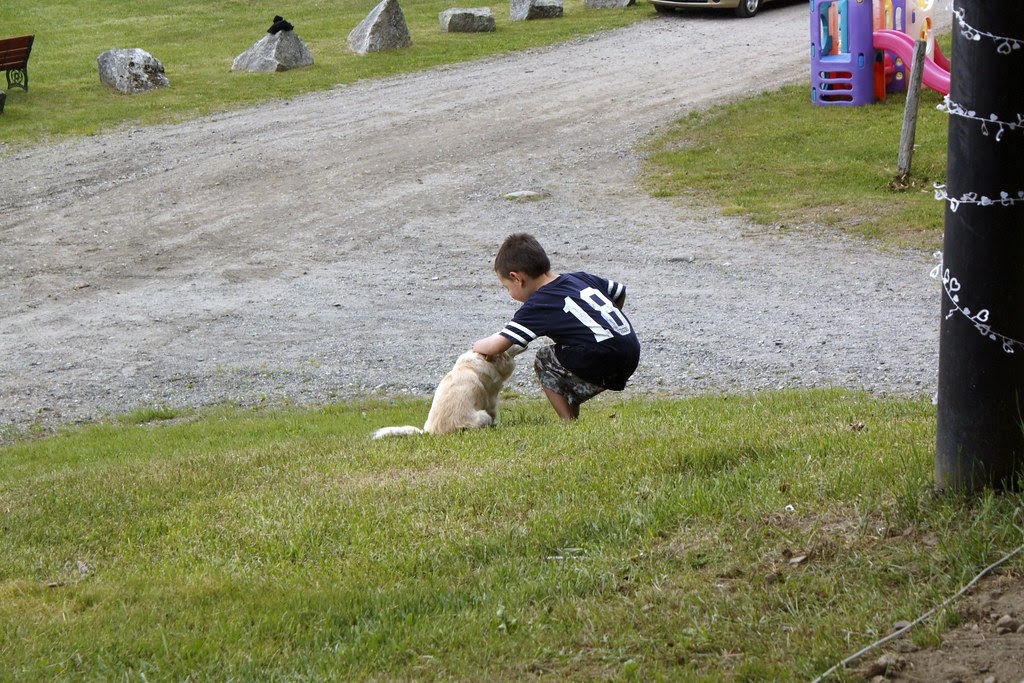