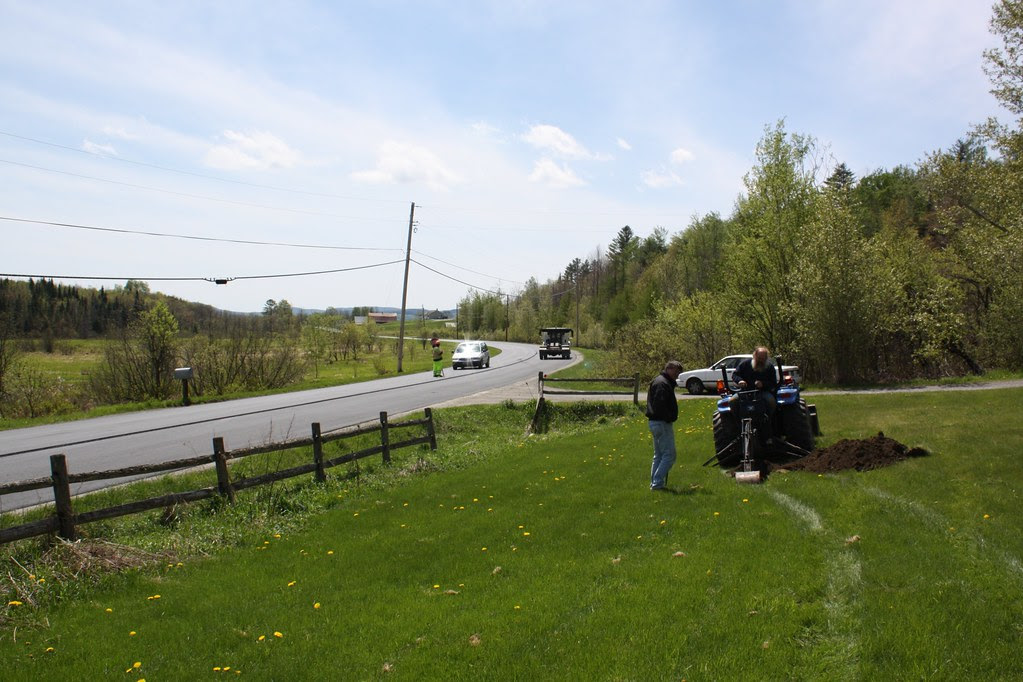 Let’s take a step back in time to May 7, two weeks before the wedding. I had been told, and Amy had been told, that our septic system was fine. It was just wet because the land was wet. It has always been wet, we were told. Well, John took one look at the leach field and said, nope. . . the septic system has failed and has to be replaced. And he set about doing just that. In the photo above, you see John digging holes in the front yard for the septic design engineer for soil samples that the state requires. 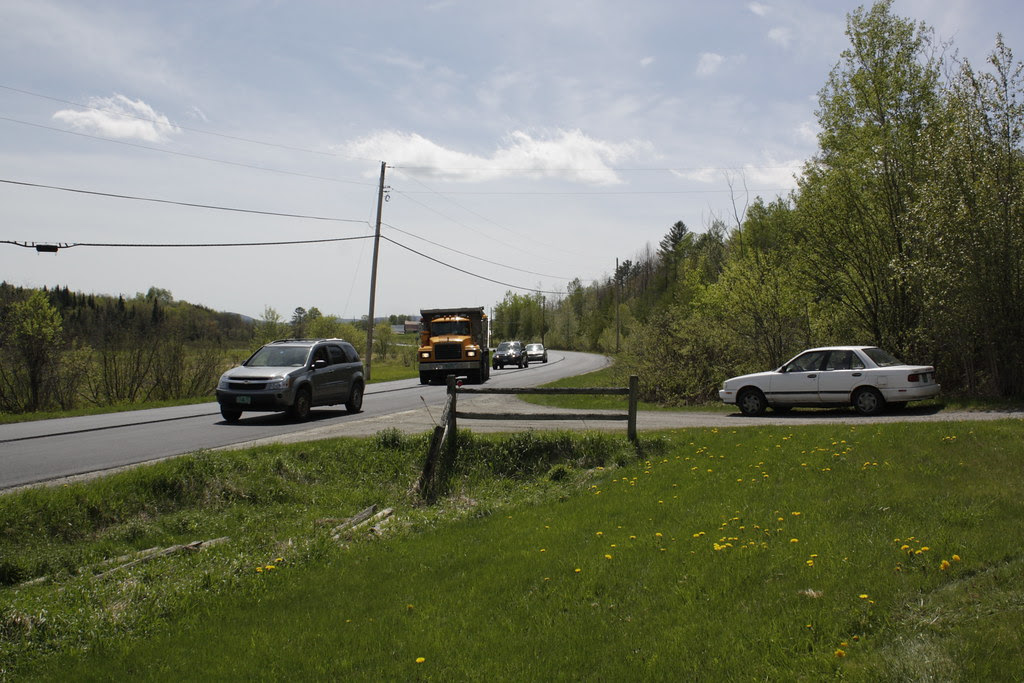 The soil tests were done while Route 16 was being paved. Above, the flagman waved traffic through. One day, while getting the mail from the mailbox across the road, a driver nearly killed the flagman because he was speeding and didn’t stop until it was nearly too late. There usually isn’t this much traffic on the road here, but it had backed up after a long wait for the flag to change from Stop to Slow. 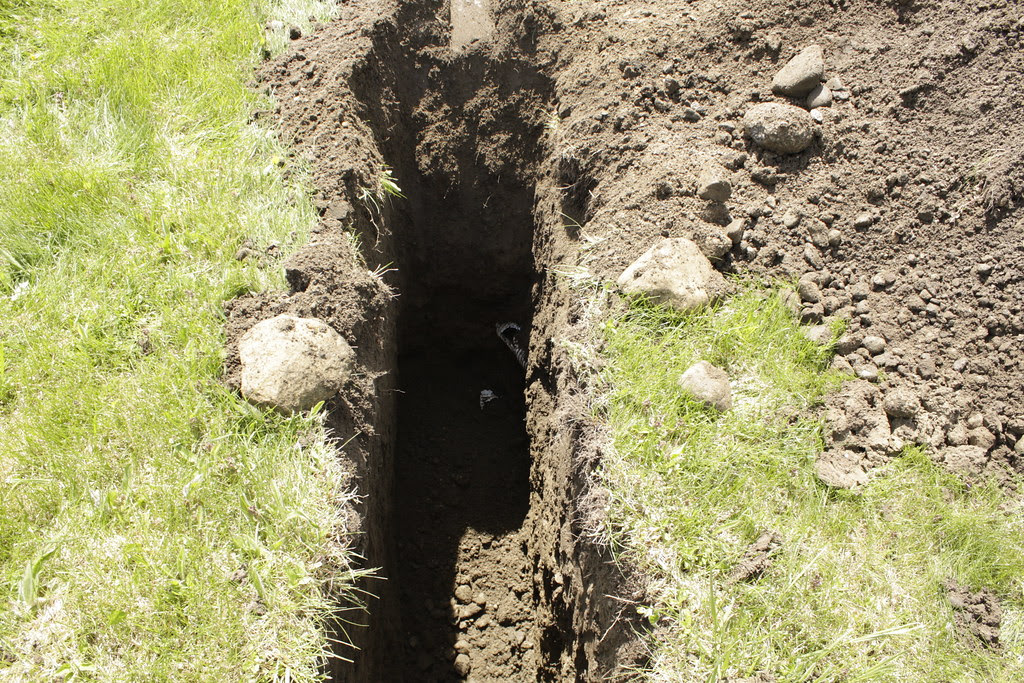 Above, one of four trenches dug for soil samples. 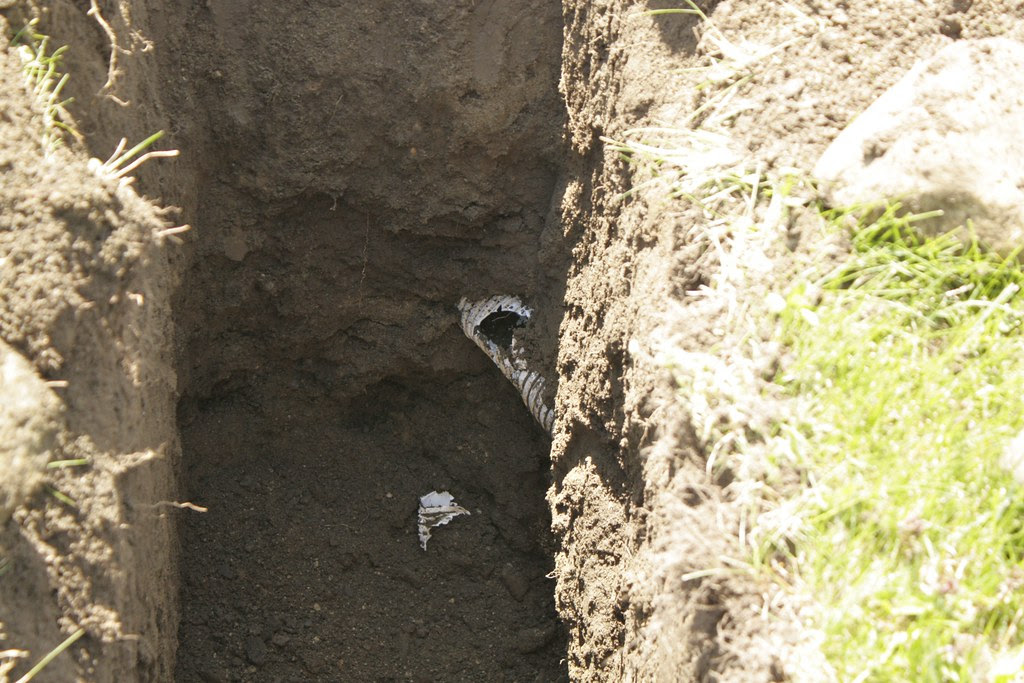 They found a drain pipe in one of the test holes. We found that this pipe comes all the way from a downspout on the house. The pipe ends at the catch basin way down at the bottom of the yard near the road. We have no idea why previous owners did this. 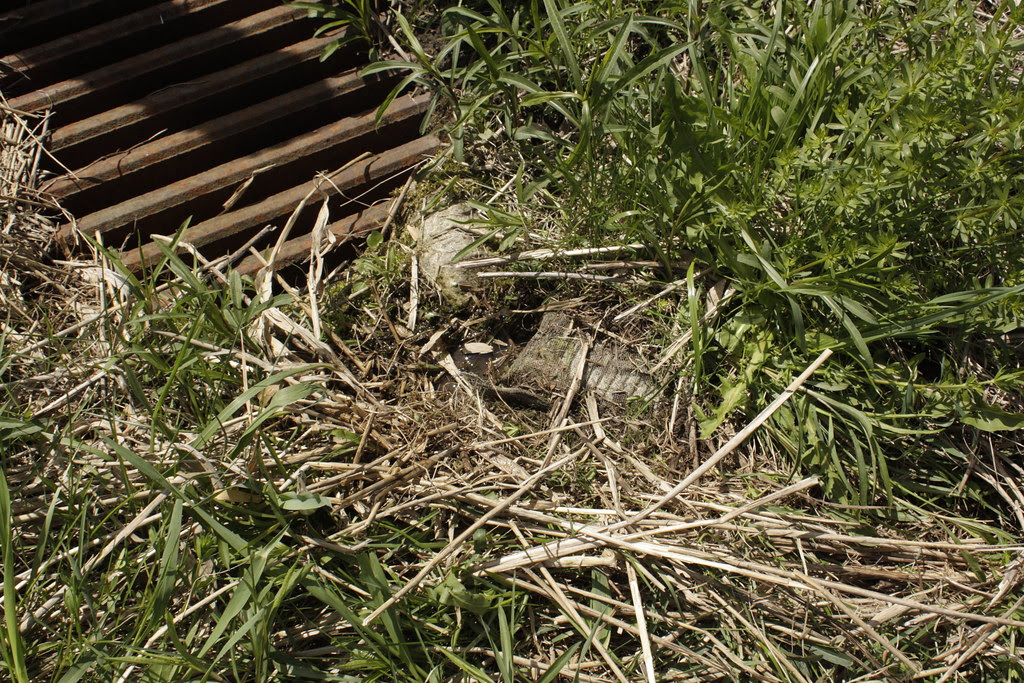 On the left is the metal of the catch basin that the town installed a long time ago. On the right, barely visible, is the end of the drain pipe from the previous photograph that drains a downspout on the house. 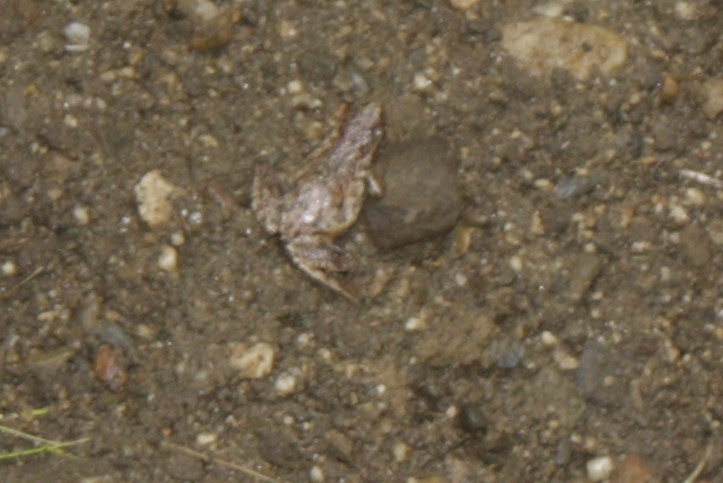 A few days after the holes were dug, this spring peeper (Pseudacris crucifer) (a chorus frog) was found at the bottom of the hole. It managed to crawl up the side of the hole and free itself. Peepers here make so much noise that you can’t talk on the phone without closing windows and going to an interior room!

The septic engineer has returned and surveyed the land for the state requirements. He has designed the new septic system and will submit his plans to the state. I hope the process is short! Part 2 of this series will return when there is something new to show.