Pansies for the Third Time 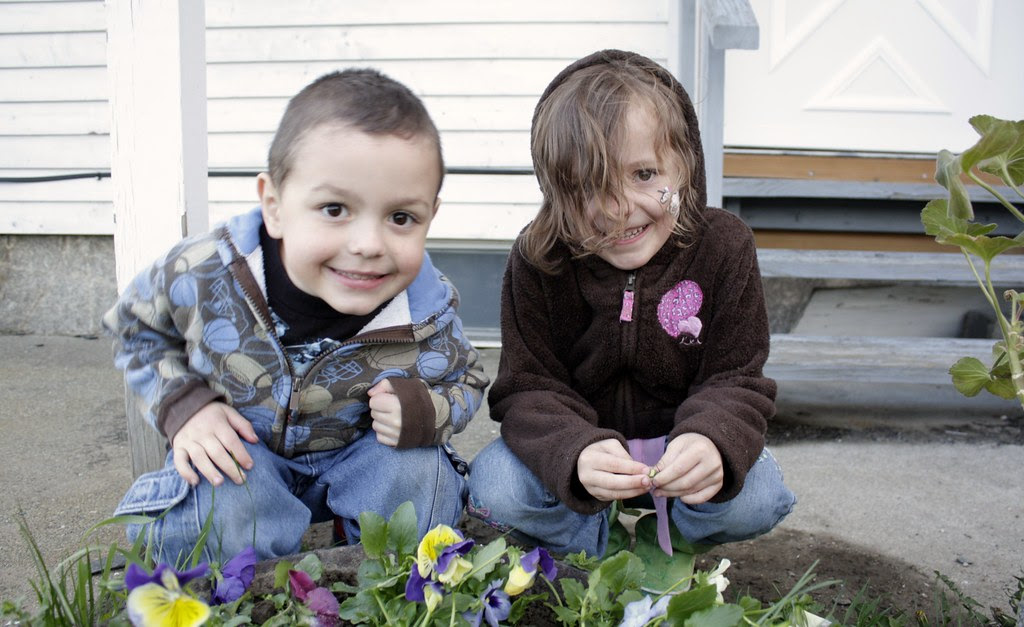 We've had to plant pansies in my ancient pot by the front stoop three times now. The crazed beagles dug them up two times. The dogs' leads have now been moved so they can't dig up the pansies anymore. (Crazed beagles can't be allowed to run free. I did that once during a blizzard, thinking that even crazed beagles wouldn't stay out long. Wrong. They were out for two hours, disappearing into the whiteout. I saw them chase the plow, and they finally came home and brought back some dead moose or deer bones from the woods. They were so proud.) 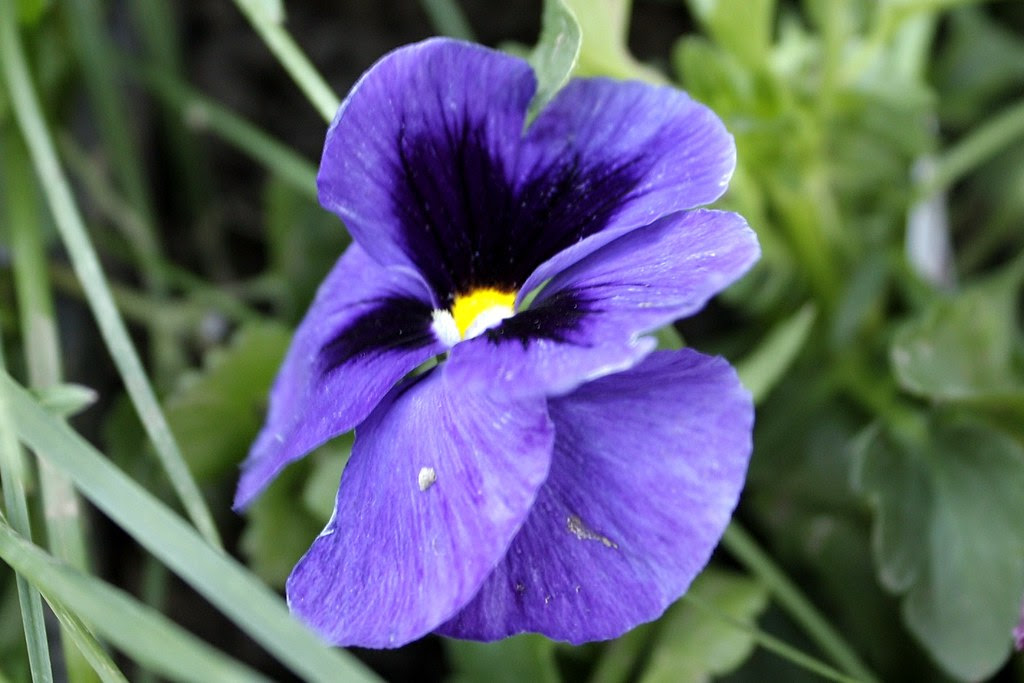