These photos are from the beginning of the restoration of the Big Room, which was an addition to the house sometime between the 1960 to 1990. The Big Room used to be a woodshed attached to the house. Then a one car garage was added. Then that was all torn down and a three car garage was added to a room that was attached to the house. In the photo above, you see old insulation that was riddled with mouse runs, nests and feces. The insulation was taken from under the floor. The foundation of the room was attached to the stone foundation of the house. The joists of the floor were on little piles of stone and brick and was about to fall over. The studs in the walls were hanging from the roof and mostly were not attached to the floor. Below you can see an insulated heating duct that was not connected to heat. And was not insulated. And used 10 times as much duct as required. 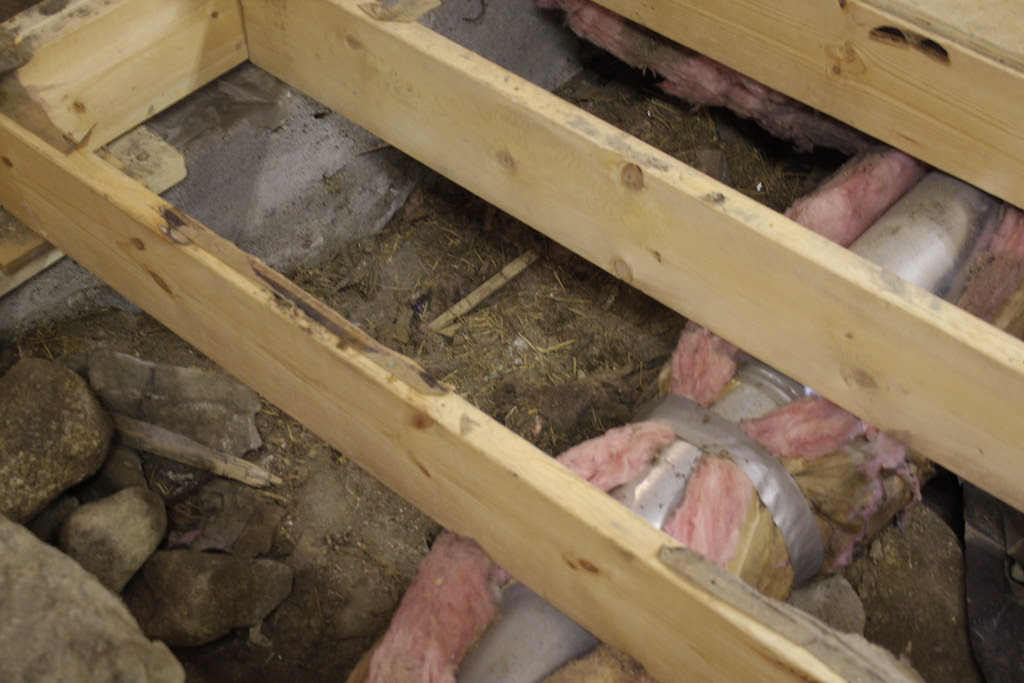 Under the floor was a slimy cellar hole. There are concrete walls from the old garage. But the earth was not excavated deeply enough for a person to crawl underneath and repair anything. And household trash from the beginning of the 20th century was found under the floor joists. There was a white mold growing over the wet soil. John scraped all of the mold off of the dirt and disposed of it in the sun outside. He then dug out over 600 five gallon buckets of earth to create a true crawl space. I was able to help but disappointedly dug out only 32 half buckets. There were many boulders from the old house foundation that had been tossed in. The granite for the boulders had been quarried on the Barton Mountain granite quarry up the hill. 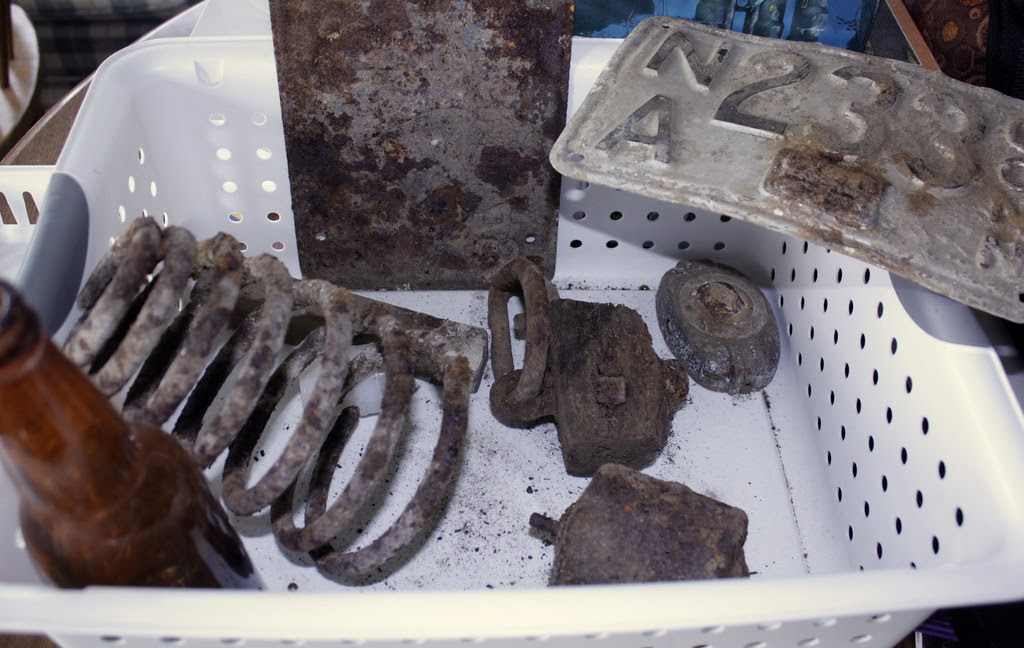 There were a lot of mechanical items found under the floor: a spring, a sewing machine motor that would, if it worked, run my Singer machine, license plates from the thirties and forties from Connecticut and Vermont (the Vermont plates were unsafe to save), a cast iron barn door hinge and many other farm implements not shown here. 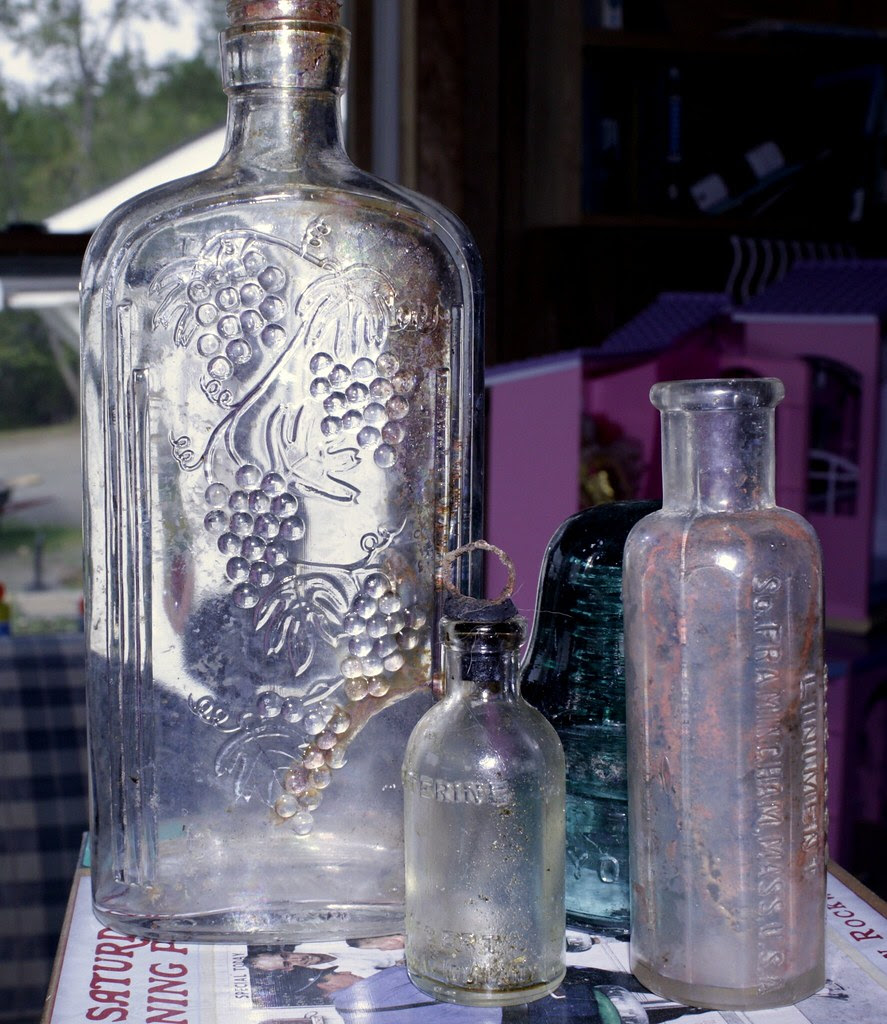 A lot of bottles were found (above). From left to right: a wine bottle, a Listerine bottle, a Minard's Liniment Bottle from Framingham, MA, and a blue green electrical insulator (found buried in a stream bed outdoors).

The work in that room has only just begun. Each wall and floor is taking weeks to repair and restore. The wiring is such a fire hazard that I'm surprised we haven't burnt to the ground years ago. The dust and filth uncovered is unbelievable. But it is slowly repaired and cleaned. My "renovation posts" are going to be continuing for at least two years! My bronchitis has finally cleared, I'm learning how to work in the dust without asthma problems, and of course, I'm still just as busy with people, laundry, church and all. That's why the blog has been neglected again. And yet again, I promise to do better in the future with regular posting!