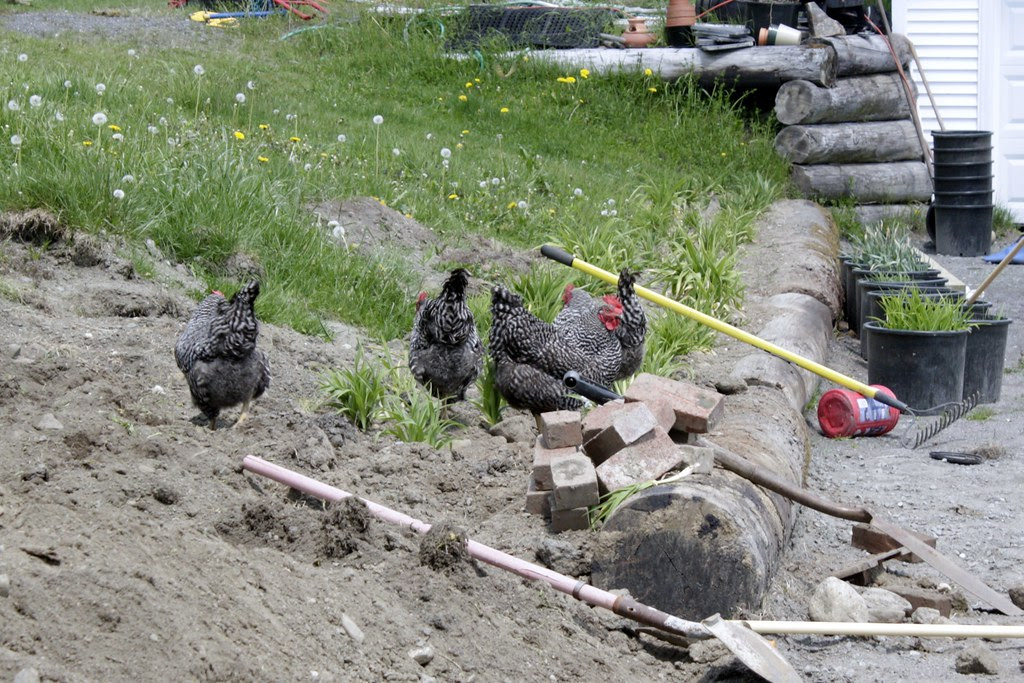 This photograph shows a partially landscaped driveway. Messy, but a work in progress. We have a lot of telephone poles in the woods (nobody knows why) and a lot of day lilies. So John dragged the poles out of the woods to line one side of the driveway and then we planted the lilies behind the new edge. We had all but one pole in place.
One week before the wedding, I decided I wanted the last pole in place and the last of the lilies planted, so John fired up the tractor to do the job. This should have been a 15 minute job — dig a small trench, haul in the pole, shovel the dirt back in to secure the pole and then I could plant.
It didn’t work out like that.

John knew that the H. B. Smith Company made steam boilers. Huge ones. He became worried about what he would find. 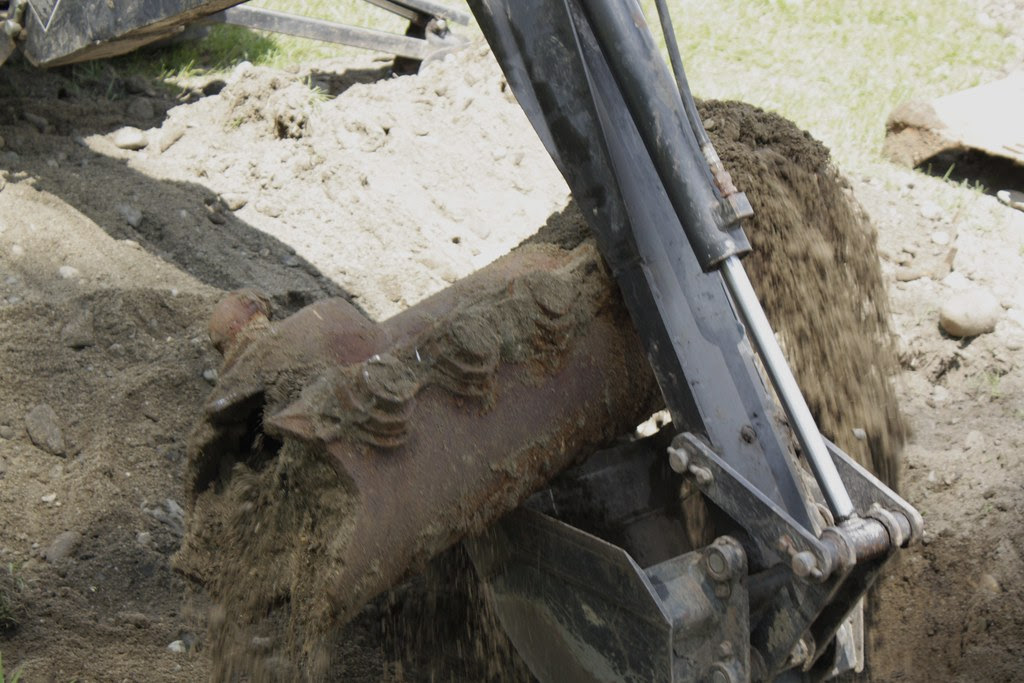 Above, I like the movement of the earth as it falls off of this huge pipe as it is being pulled out from under the driveway. 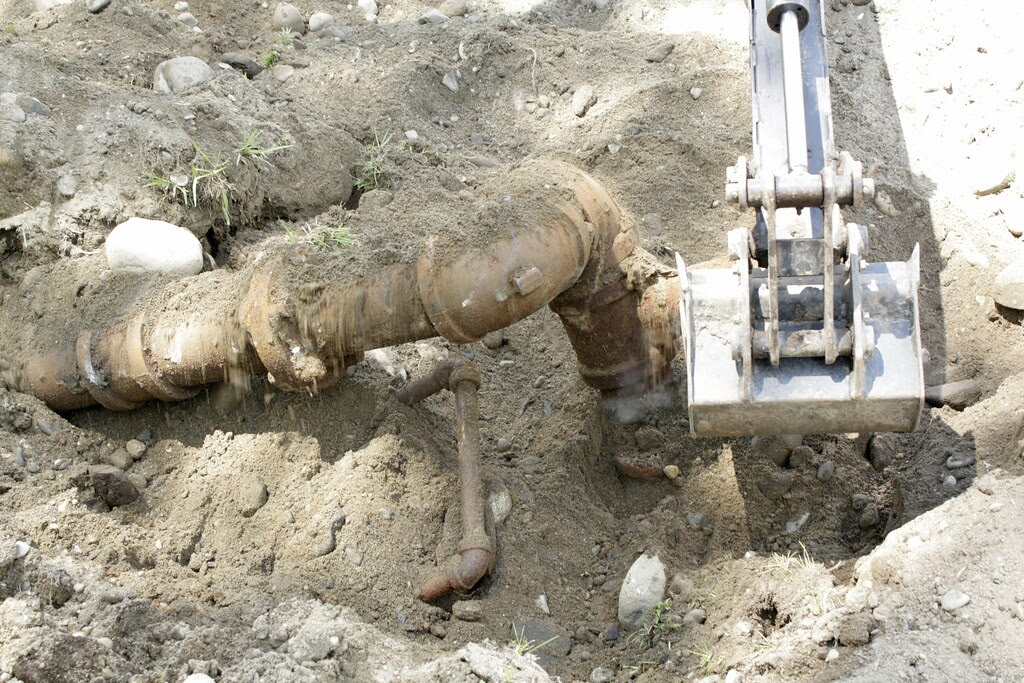 Above: John explained the function of each piece as he pulled them out. But, of course, I have forgotten now. 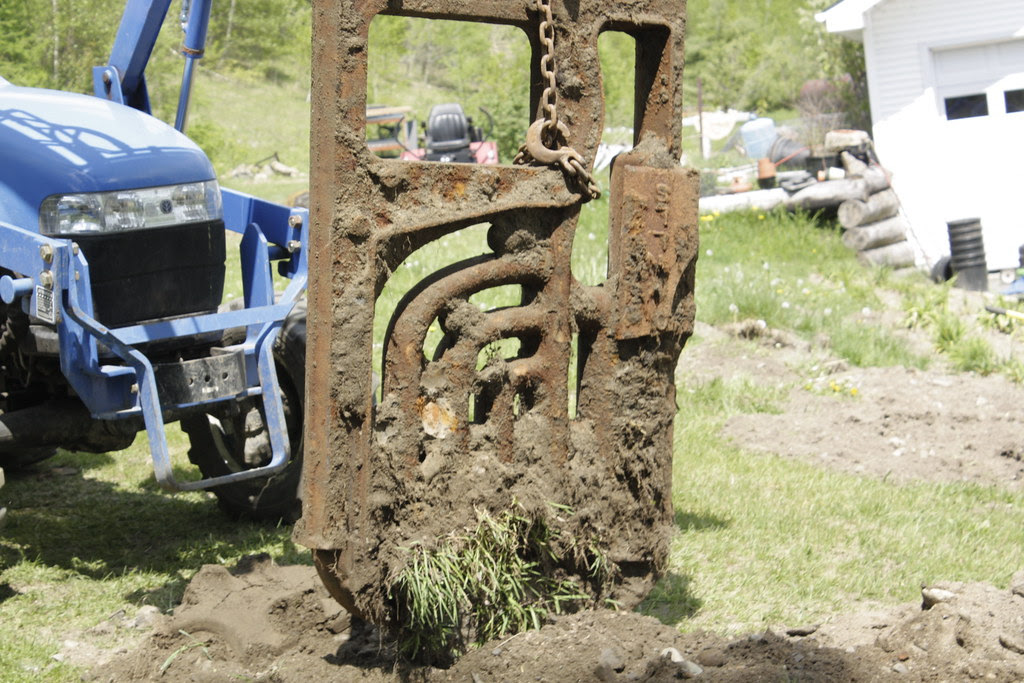 Above: This piece was so close to the top of the soil that grass grew on it. John said it explained the hard bump he felt whenever he drove his truck over this area. If he had not excavated the steam boiler, the winter freezes would have gradually pushed more of the boiler up and made it hazardous. 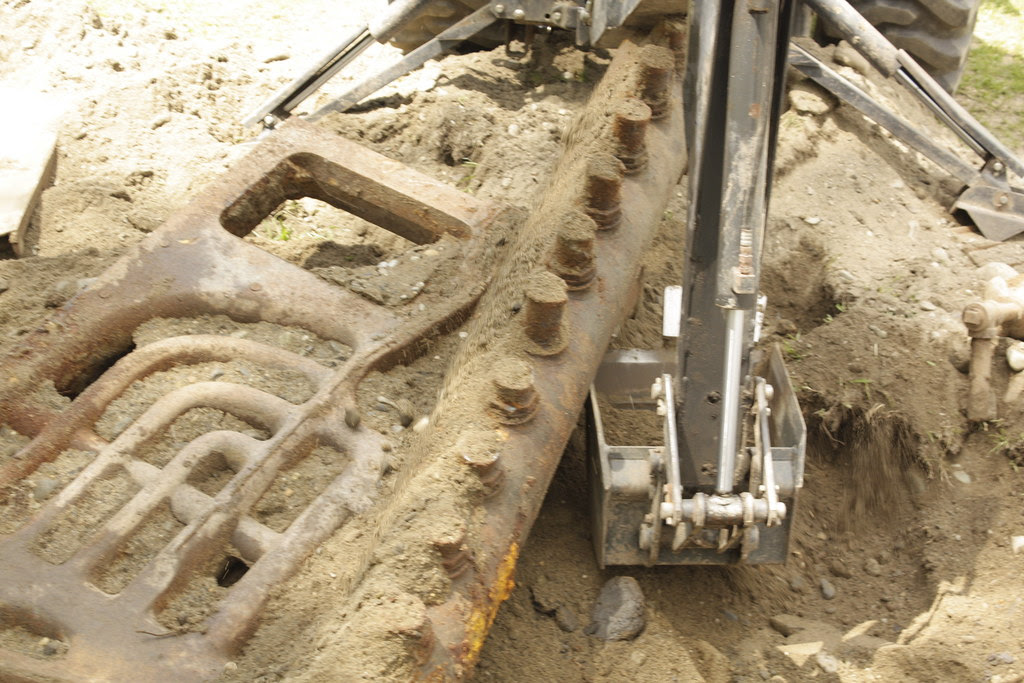 Above and below: representative other sections of the boiler. Each of the knobs on the long pipe was attached to more pipe to a radiator in a room. There were many of these knobby pipes, so we know that this boiler came from a big building like a school. 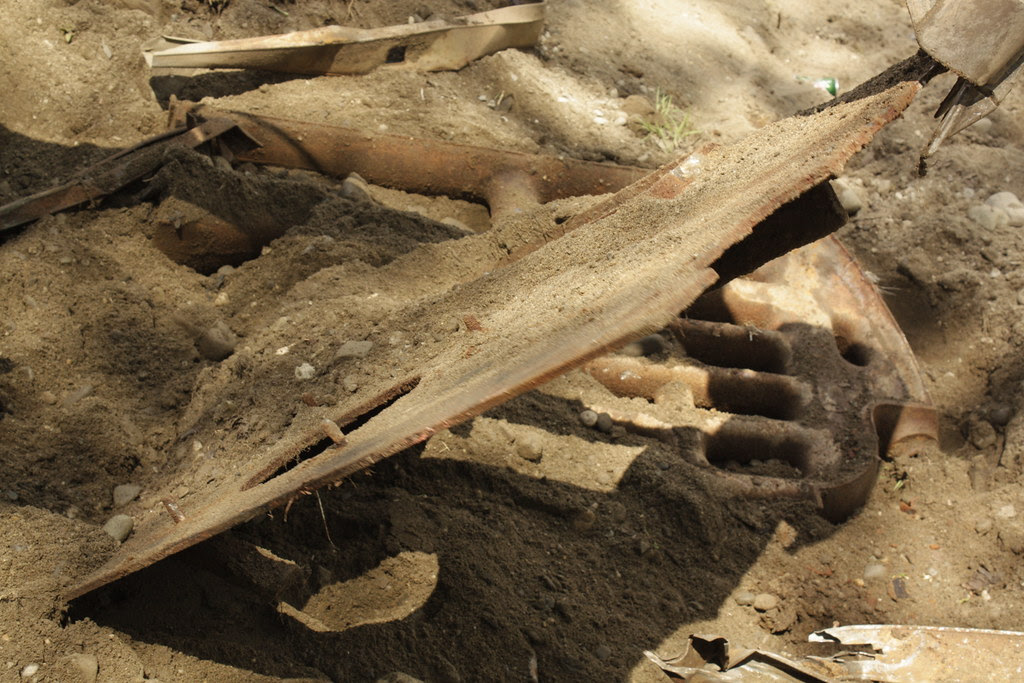 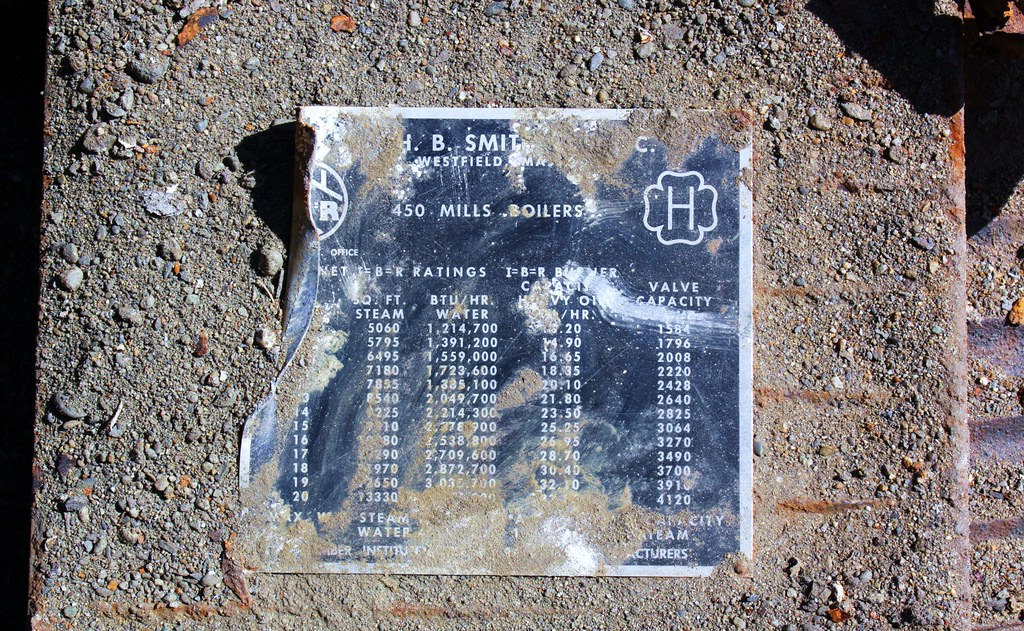 Above: Ironically, the face plate was one of the last sections to be pulled out of the depths of the driveway. This steam boiler created at least one billion BTUs of heat! 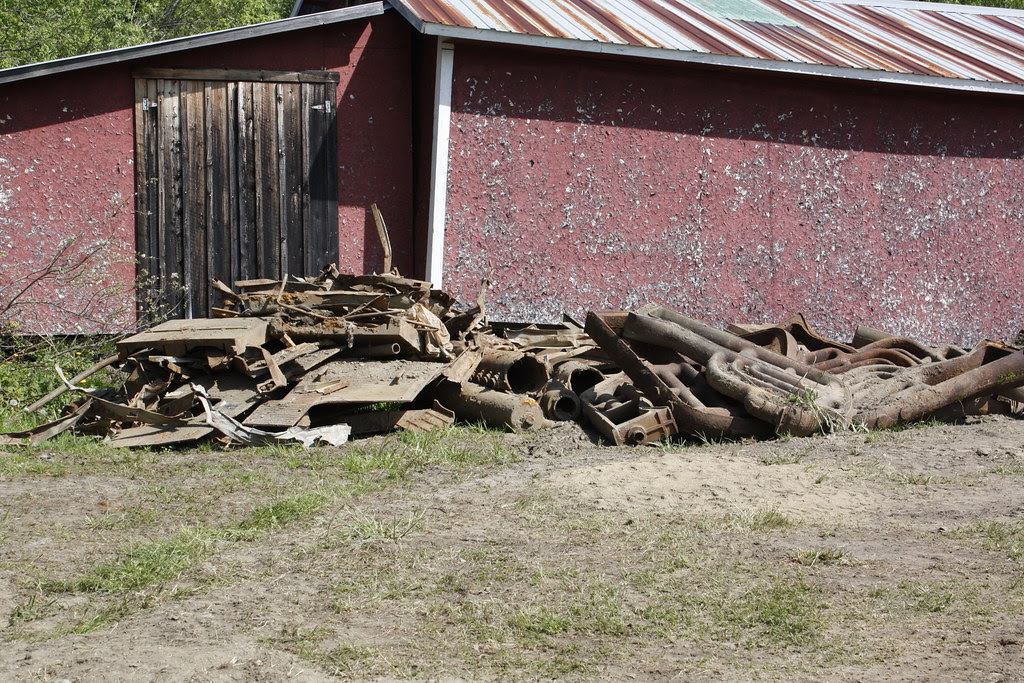 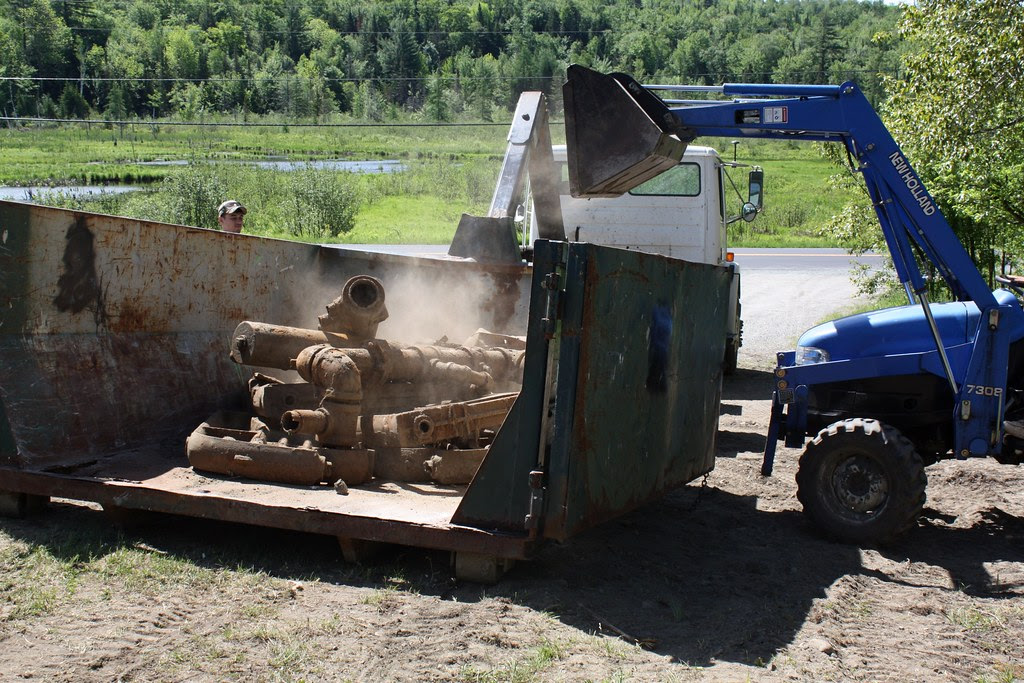 Above: The scrap metal dealer showed up about a week later with a huge truck to haul it away. It took two trips.