I got up early on July 7 to let the cats out while it was still cool. That's when I saw the raccoon tracks on my car's hood, windshield and roof. After the raccoons massacred chickens in late May, we had been, and still are, very watchful for signs of any more raccoons coming too close to the barn and house. It was very creepy seeing that a raccoon had climbed to the top of my car in the middle of the night. Was this a ploy to show dominance? To show that they could still sneak up on us? Since we had killed three of its comrades in May, this very well could be a show of strength. 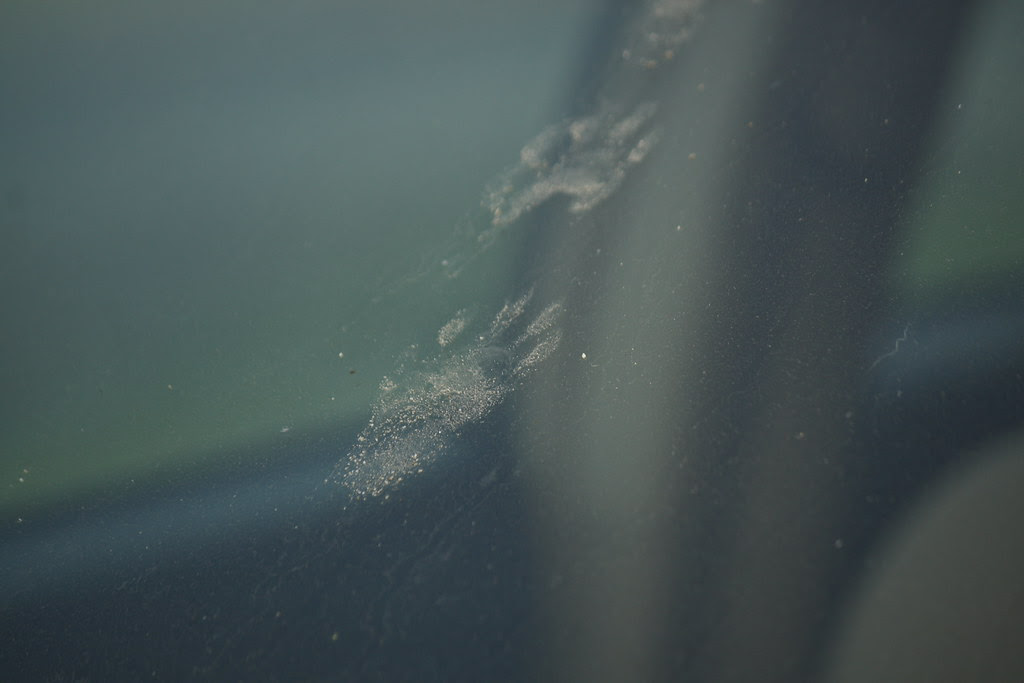 It isn't paranoia that makes me think the raccoons have these motivations for stomping on my car. In reality, animals and humans have spent centuries performing dominance displays. There was no food on the top of my car for the raccoon to take. It seems clear to me that the act was a demonstration by the raccoon. It gives me a whole lot of respect for the critters. And it has taught me to be very careful when I go outside in the dark. It wasn't too long ago that there was raccoon rabies in the Northeast Kingdom.
_/\_/\_
Posted by Andree at 9:10 PM