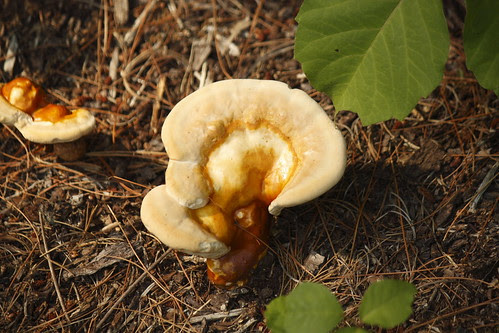 Over the past two years, John and I have found and photographed some plants that we have not been able to identify. We have identified four of the plants lately. It has been quite a chore updating my Flickr tags and sets and my photograph tags on the photographs on my server at home.

Above: a Hemlock Varnish Shelf Fungus. This shelf fungus usually grows horizontally off of trees. This specimen was growing out of the ground; most likely because there is wood underground that it is feeding off of. This was photographed July, 2010 in Sutton, New Hampshire. 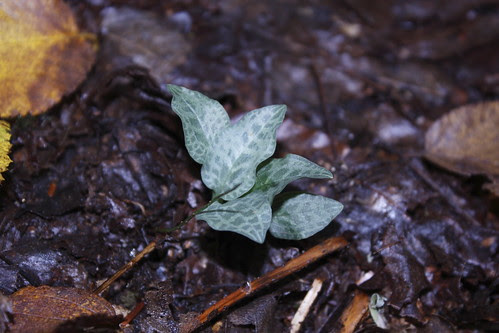 In October of 2009, we hiked “behind the dump” in Wilmot, New Hampshire and found one of John’s favorite plants — a downy rattlesnake plantain. They are small, grow on leaf litter and, while I don’t know if it is protected or endangered, it is rare and delicate. We did harvest this specimen and kept it alive for many months until we moved. We have found that you can order this plant online, and we just might get some for a terrarium that we plan to make in the future. This plant used to be used to treat snake bites. The white stripes on the leaves look like the skin of a rattlesnake. The “doctrine of signatures” is a believe once held that if it looked like a rattlesnake then it would treat snake bites. 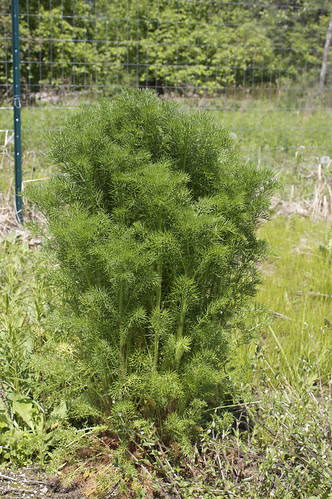 Above and below: Mayweed. This wildflower has dozens of other names, including dog fennel, horse fennel, wild chamomile and stinking chamomile. The photographs are from our Wilmot, New Hampshire garden from the spring and summer of 2009. The mayweed was growing luxuriously throughout the garden. We kept some until it blossomed, hoping to identify it from the blossom. But it wasn’t until this summer that I found it in one of our guide books. This plant can cause skin irritation if handled. 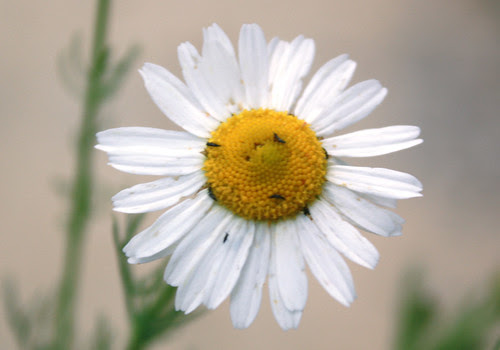 Below: musk mallow. This is one of my favorite wildflowers. But I usually confuse it with chicory, which is why this photograph was labeled “unidentified” for months. We have white and pink musk mallow growing here in Vermont. The stamen is very distinctive. The photograph below was taken in Sutton, New Hampshire in July, 2010. 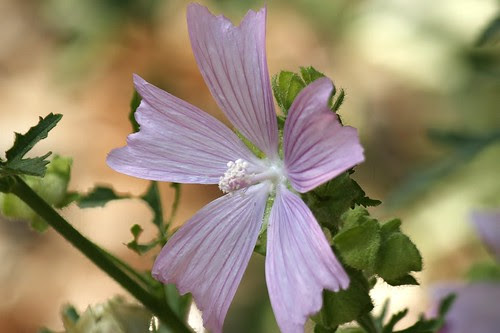