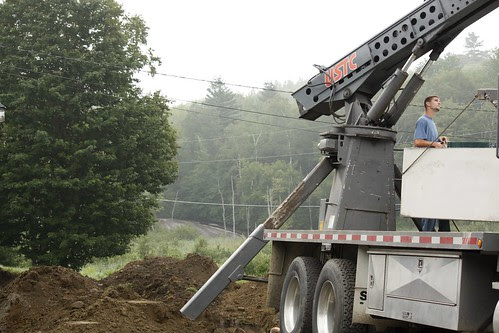 On July 20, the trucks, excavators and gravel arrived for the new septic system. All the permits and permissions had been gotten and filed with the town and now the mess began! Above you can see the truck delivering the new septic tank. Our excavator, Arawn, is on the truck. He was the boss that we hired for the project. 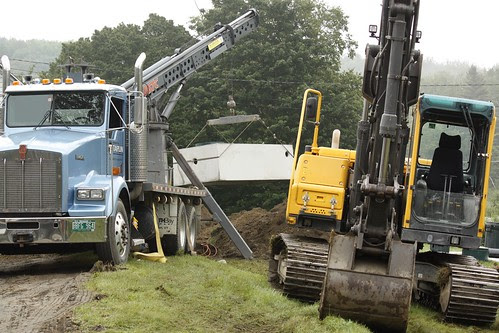 Above and below: The tank is lifted from the truck and lowered into the hole. 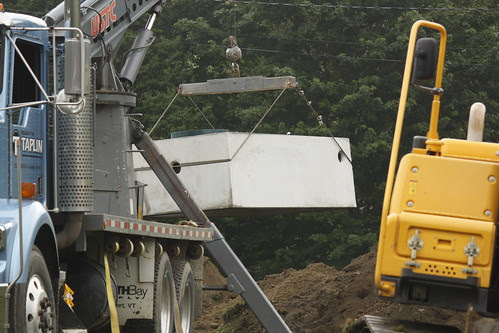 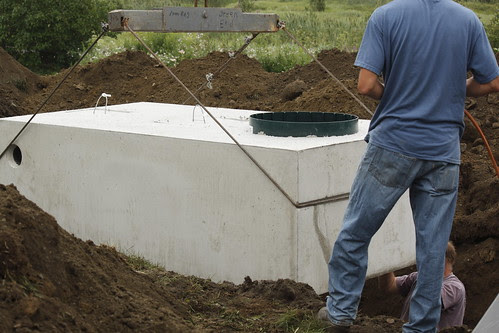 Above: you can see the mess that this equipment did to the yard. It was something to watch. 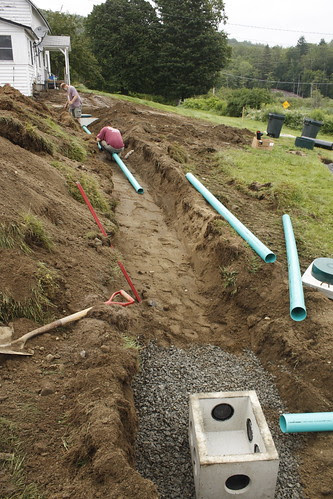 Above & below: John and Arawn attach all the pipes. 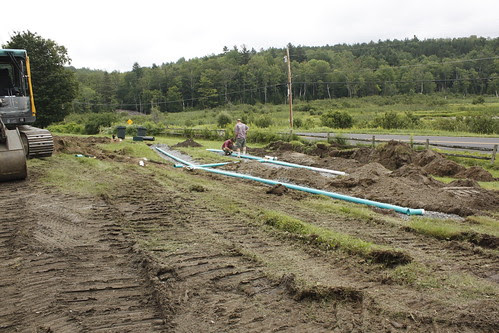 And finally, Arawn and John quit for the day. As soon as they left, the chickens ran in for dust baths! They were quite a contrast to the huge shovel on the excavator. 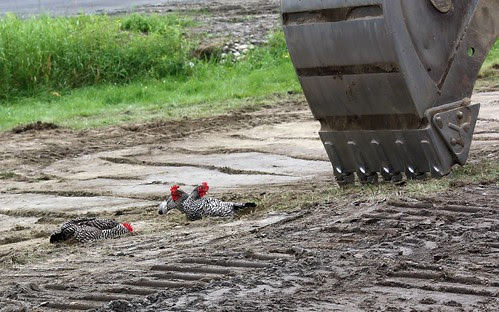 The story of the new septic system is hardly over. There were a few problems later in the month. But that story will come later . . .

Click on any of the photos to be taken to the Flickr photo page and the New Septic System Set.