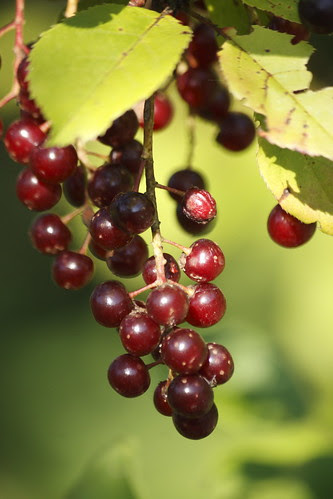 We have dozens of chokecherry trees in the woods and fields; even by the road. They ripen at the end of July and during August. That is, I found, the best birding time. As I learned to photograph birds outdoors, I would loiter at the chokecherry trees as the birds ate breakfast. 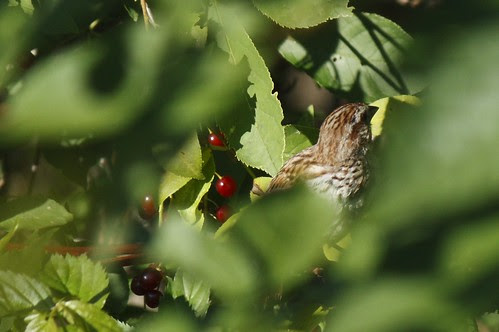 Above and below: a song sparrow (Melospiza melodia) hidden in the chokecherry tree. 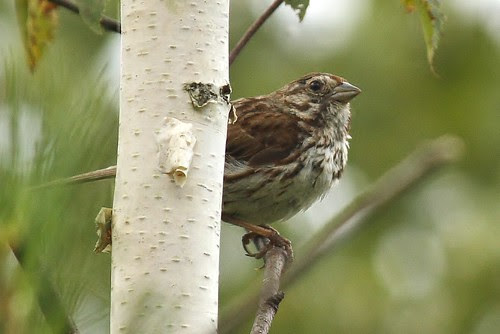 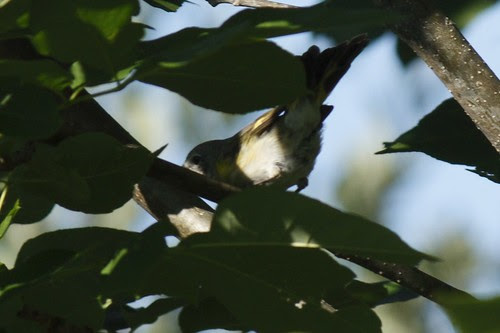 Abovce and below: a Nashville warbler (Vermivora ruficapilla) hidden in a tree. 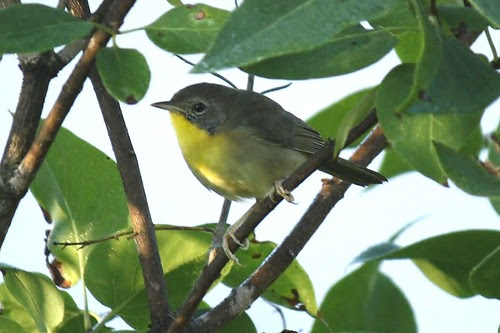 Below is a photograph of the chokecherry blossoms from the spring. 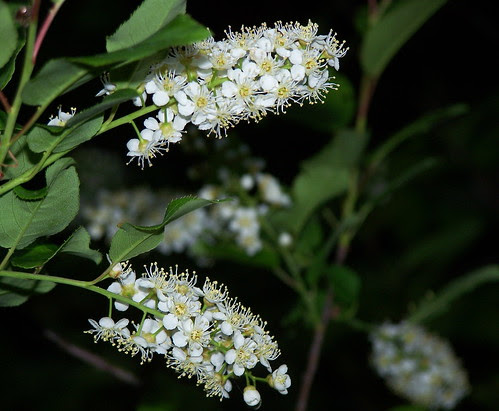 When the cherries were ripe  enough to pick, Nate, the kids and I picked five gallons of them for jelly. It is easy to pick them — you just start at the top of the bunch and pull them down with your hand. The problem is the high branches. I used a metal garden rake to gently bring the branches down so that we could reach them. Another problem was bears. 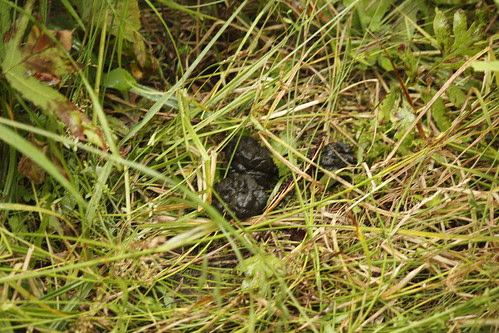 Bears love chokecherries and there was evidence of them everywhere under the trees. They had broken branches and flattened the grasses. And pooped. Everywhere we went there was bear poop (see above)! 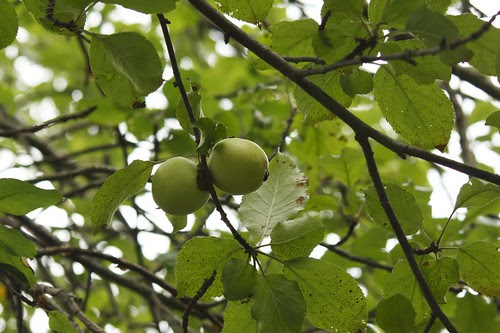 Above, you can see the granny smith apples from the apple orchard. They were almost ripe in August. We made plans to pick them, also, as soon as they were ready.

And the chokecherry jelly? John and I forgot to follow the directions for our altitude. The jelly jelled in the pot but did not jell in the jars. We are going to re-cook it as soon as we can. I found a great article on chokecherries that you should read if you want to harvest them (click here). There are lots of other things you can do with chokecherries besides jelly.