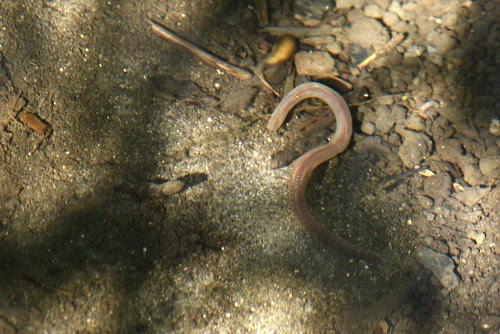 The earthworm in the flood-swollen brook.

The day after the flash flood, John and I walked around the fields and brooks to view the damage. We came upon this earthworm drowning in the brook. John picked it up and put it in the nearby mud, where it quickly crawled away (see photo below).

After we had done our good deed, we got to talking about worms and remembered the new research that says that worms are invasive to North American forests. They were introduced here from Asia and Europe. In the forests where they live, they eat the forest floor that is created by falling leaves and trees. "In forests of the glaciated Northeast, earthworms are now considered an invasive pest. " (source: Darwin Only Knew Half the Story on Earthworms by Kent McFarland. April 22, 2010, Northern Woodlands Magazine. There were exactly no earthworms here 12,000 years ago. Now there are at least 15 Asian and European species of worms here. McFarland writes, "What’s happening is that worms are eating fallen leaves that otherwise would turn into the spongy, nutrient-rich layer of material known as “duff.” Native forest plants are sustained by this leaf litter as are a whole host of fungi, bacteria and other detritivores." I strongly suggest that you click the link above and read this article. 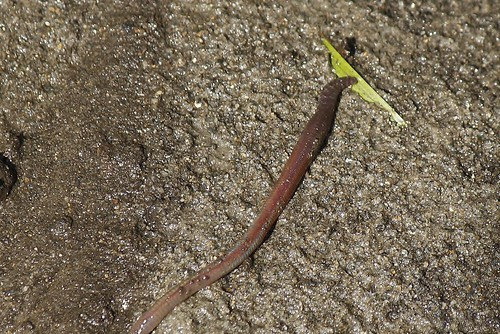 The rescued worm crawls away.