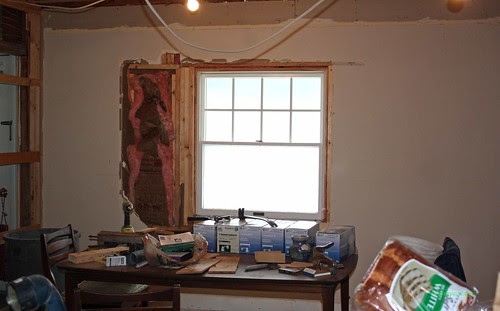 The front kitchen window as it was when I bought the house.
Note how the doorway to the living room and stairs is going to be walled off on the left.

The debris from the demolition of the ancient plaster kitchen ceiling had been cleared. The dust was settling. I was recovering and was able to breath easier again, but still was not well. By New Year's Day, John had progressed to the point of being able to install the new kitchen windows on the front of the house. The kitchen area is being moved from the back of the west side of the house to the front. I love the beaver bog across the road and need to be able to see it all the time, so John designed the kitchen so that will be possible. You see in the photo above that the old (but not original) drywall was still in place on New Year's morning. John had to remove this wall to properly install the window and rebuild the wall. We were fortunate that the day was one of the warmest winter days I have experienced in Vermont. 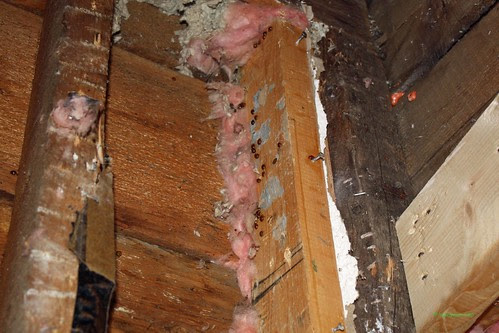 A ladybug infestation was found inside the old, warm wall.

Besides the "normal" mouse and squirrel damage, bones and feces, John uncovered beetle infestations and this ladybug infestation in the old wall. These Asian ladybugs infest thousands of homes in the north country. I have written about them here if you would like to learn more. All of the pests and filth were cleaned before the work proceeded. 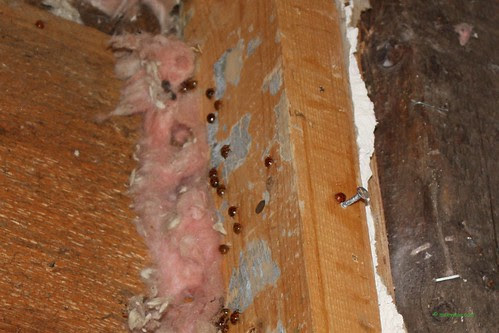 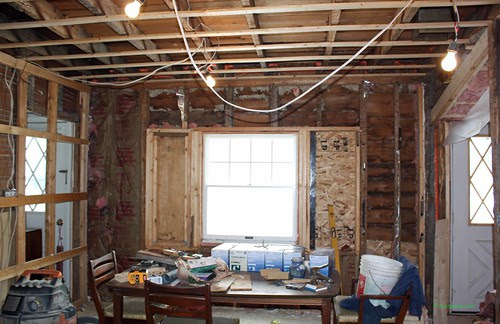 Finally, the entire wall was ready for the new window.

The old window had to be removed. John found that there originally had been two windows on this wall, two feet apart. They were taller and narrower windows than the one you see here. See the door on the right in the photograph above? This window was going to replace that door. John found that the Anderson window here was installed wrong and was beginning to rot because of the poor installation. But John's renovations found the damage in time to make repairs. 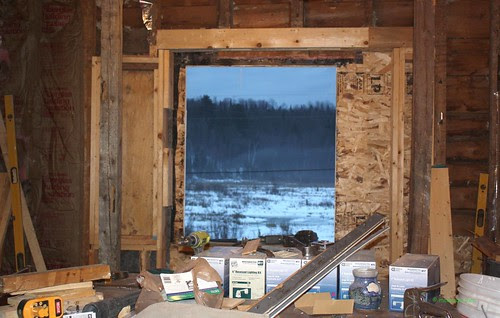 The old window is removed and we have fresh, warm air pouring into the house. 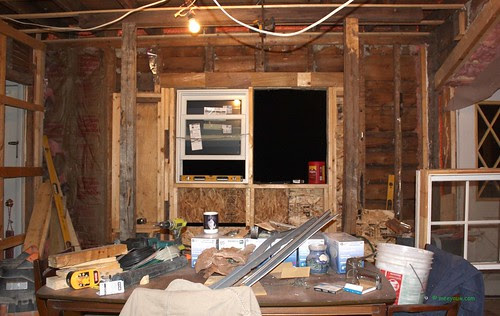 It is now dark and the first new window is in place.
I was able, in small ways, to help install it. 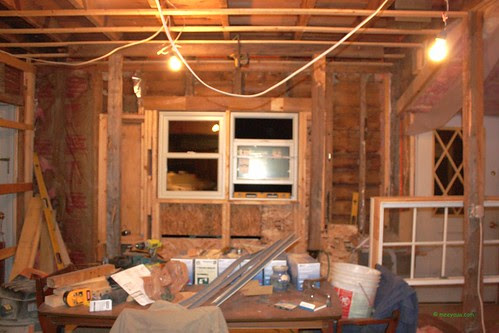 The 2nd window is now in place.
You can see the old window standing on the floor on the right.

Sunlight now pours into the kitchen every day. The sheet rock is on the walls now (you will see those photos soon), the walls are clean and draft-free, and the kitchen is going to be magnificent!