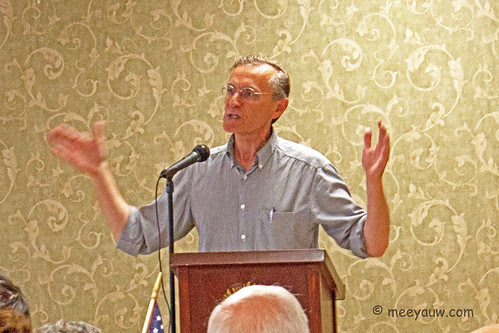 On August 29 I attended a luncheon given by Bernie Sanders, Senator of Vermont, at the Barton Senior Center in the Barton Memorial Building. It was a very hot day, and the room was crowded. The Senior Center folks cooked the lunch and included food from their garden, which is behind the library.. Vince Illuzzi, above, introduced Sanders. Illuzzi is a Republican State Senator. Sanders votes with the Democrats in the U.S. Senate. Both are good speakers. 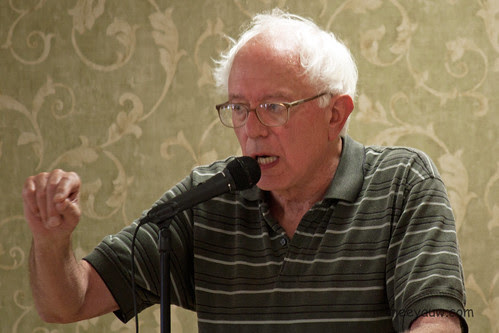 I regret not posting these photos back then but I am very slow editing photographs. And in December, when John and I moved the server from the porch to the living room (so that the porch could be transformed into the kitchen), the server "died." It was only fixed last week, but that is another story — a very embarrassing story. So these photographs were locked up inside the unreachable server for months. But this August lunch was a great afternoon full of information about health care and military spending.