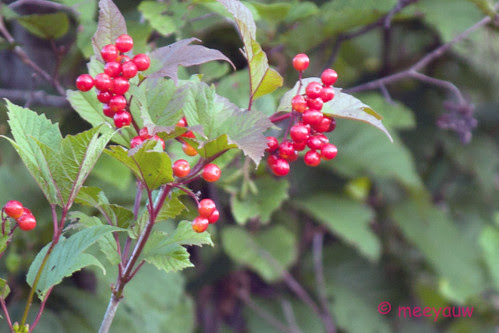 America Cranberrybush (Viburnum opulus var. americanum)
There are two Viburnums in the woods: the hobblebush and the highbush cranberry. They have similar, but distinctive leaves, are both shrubs and both have red berries in late summer and red leaves in the fall. Hobblebush is so plentiful in the woods that the young shoots look like ground cover and we did not identify it for months. The highbush cranberry is not as plentiful as the hobblebush but looks so similar that we became confused. John and I have finally identified each plant and sorted out the photographs of each. 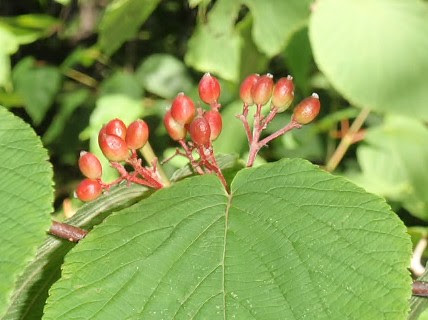