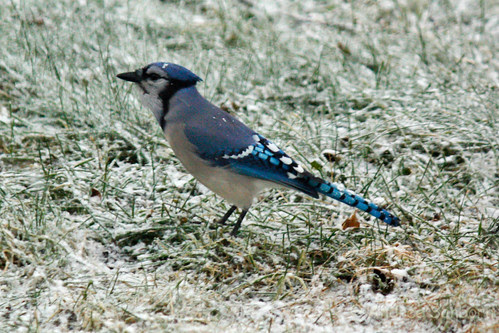 Blue Jays are difficult for me to photograph. They feed on the ground and fly off with my slightest movement, unlike the redpolls and chickadees who will feed with me standing right next to them. On the ground, you need more light so my photos are dark. With editing, I can get a poor image. Even though they come around to the feeders often, I find I'm never prepared for them because of their quick movements. But these five shots were good enough to post and show their boisterous personality. 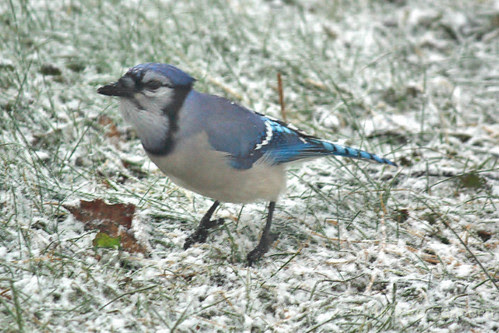 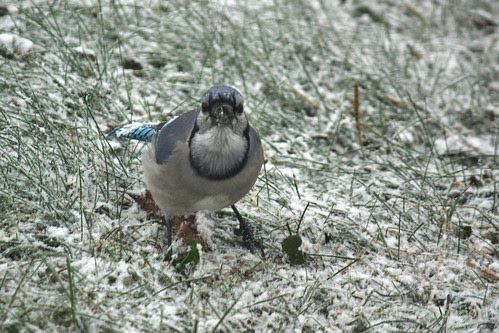 These photos were taken in November 2010 and are still the best shots of them that I have this season. They are nearly impossible to photograph in the summer because they stay in the woods (unless they are squabbling with somebody and happen to fly by). 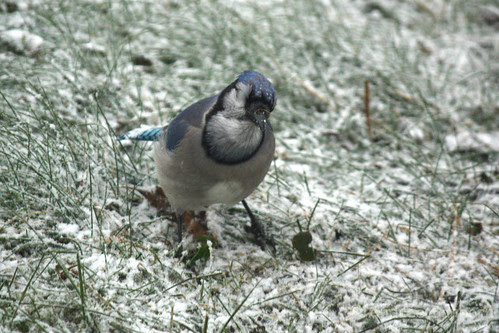 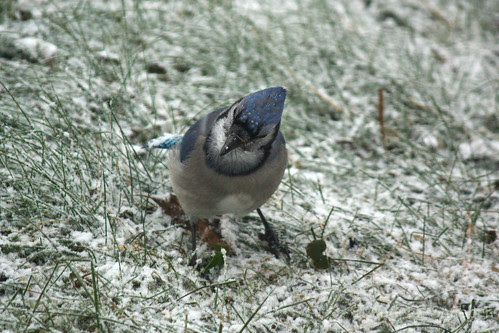