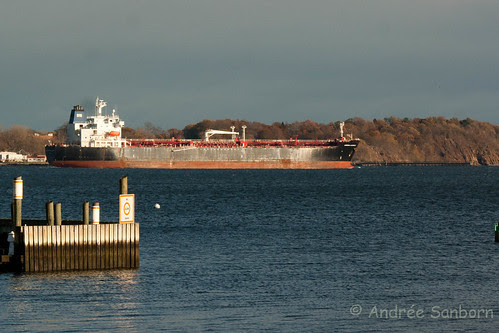 After Toni's moving funeral, I returned to Anna's house before Anna and Aaron returned and took Daisy for a walk. The day was bright and clear after an early snowfall the night before. Daisy and I needed to get outside and see what the birds and ocean were doing. I was delighted to see this oil tanker leaving the harbor. I'd never seen such a large ship there before. There is an oil storage area at the top of the harbor that I seldom photograph, even though it is picturesque in a weird sort of way. Daisy and I continued to walk the shoreline as the tanker left the harbor. We then walked home and cleaned up the house a bit. 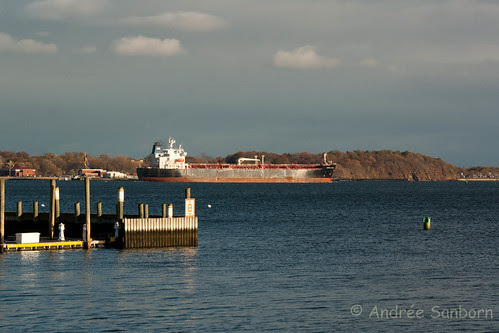 I never was able to get the name of the ship. 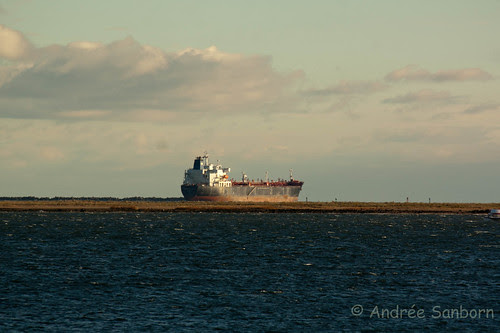 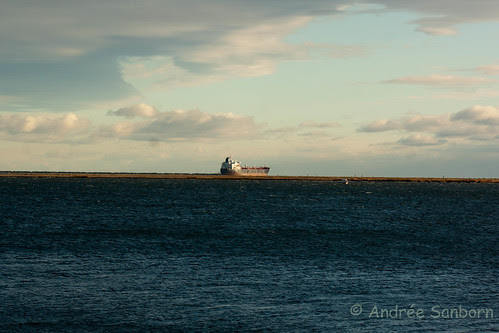 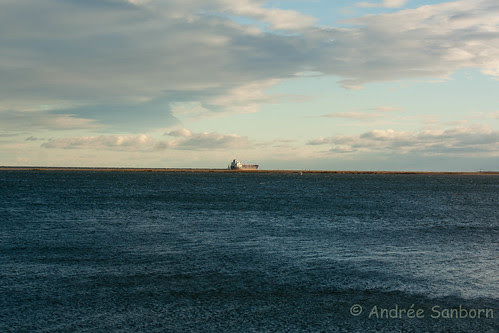 I wish that I had met the people on the ship and knew where the tanker was going.