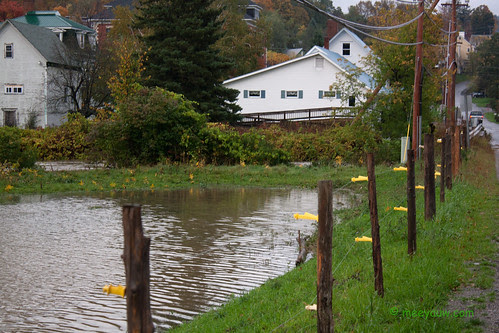 The Barton River at the white funeral home on Elm Street in Barton Village.
The electric fence is for the horses that usually pasture here by the river.

We had a tremendous amount of rain on September 30 and October 1. The Barton River flooded over its entire length. I was able to go out on the afternoon of October 1 and photograph the flood as it started to recede. Earlier in the day, roads had been closed because they were covered in water. I did not capture that, but even receding, the water was impressive.

The Barton River flows through the village as it travels north to Lake Memphremagog. It is an old river on a flat flood plain and has many deep oxbows. In some places it looks like a muddy ditch and in other places it is quite dramatic, such as at Highbridge Hill where it flows under the railroad (which I haven’t yet been able to capture).In Coventry, the Barton River Marsh is a natural national landmark.. In 1810 Glover, people tried to change the flow of the Barton River, causing the huge Runaway Pond flood. The river is a popular canoeing trail in the summer. 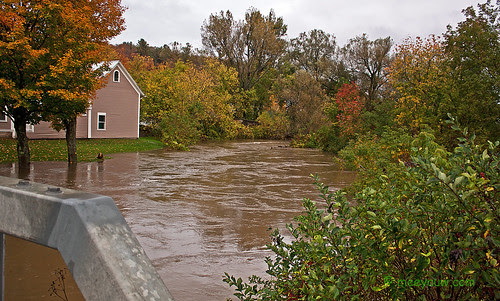 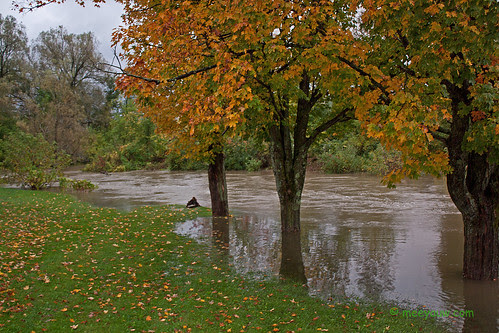 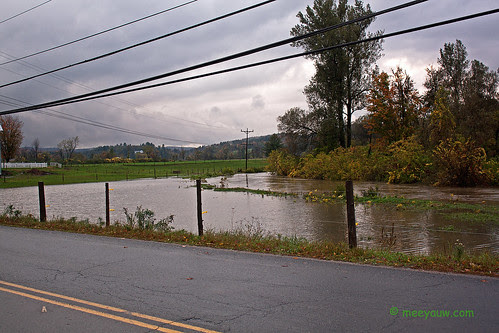 Route 5 north of the village. 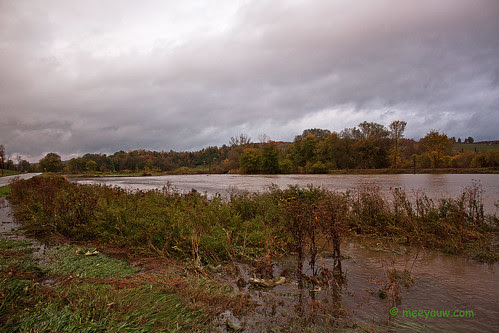 A harvested corn field on Route 5. 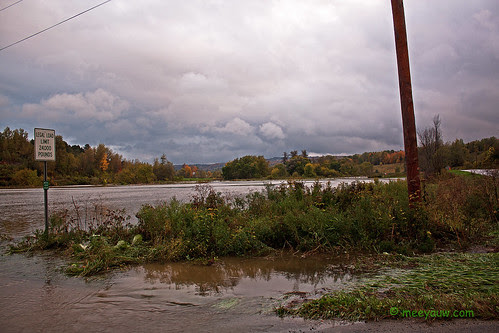 Storm clouds are still visible in the north. 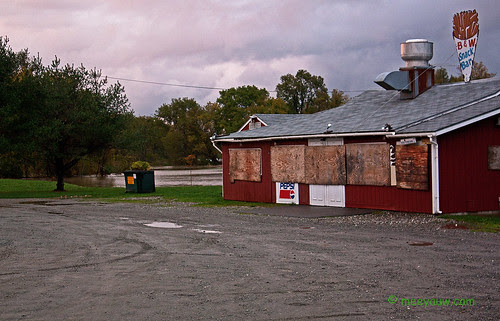 The B&W Snack Bar, closed for the season, had been totally surrounded by water earlier in the day. 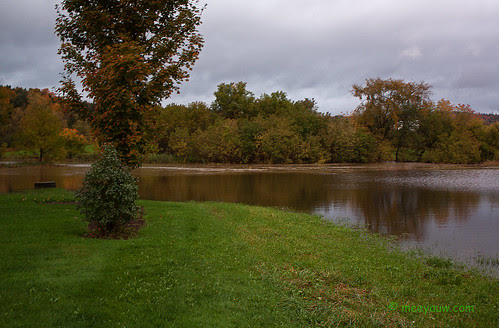 View from the B&W picnic area. 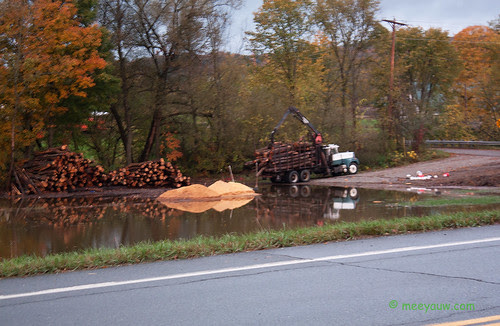 A logging operation on Route 5.

Because of the heavy snows this winter, we are anticipating more flooding this coming spring.