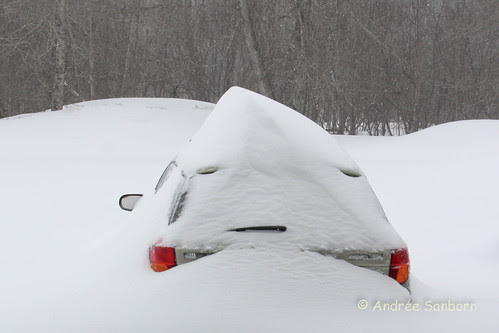 That poof of snow on the car roof visually shows you how the wind comes down off the mountain (which is on the right), into the driveway and up and over the car. 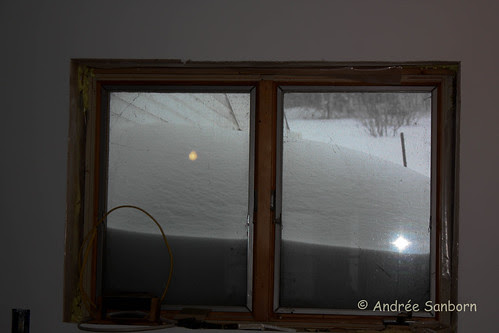 This is the snow outside the back living room window.
I darkened the photo so that you could see the height of the snow. 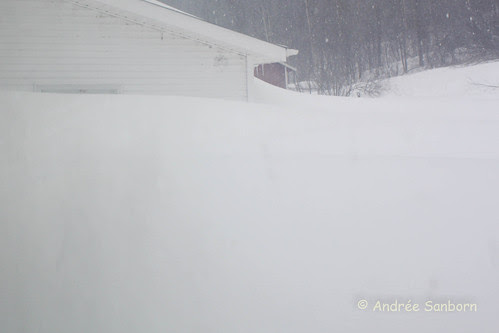 Snow blocked the backdoor but I was able to push it open enough to stick
the lens of the camera out the door.
That is the window at the back of the garage totally buried under snow. 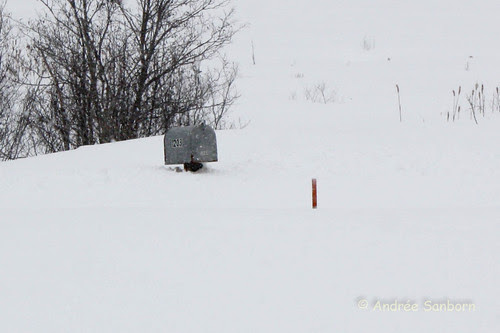 Our mailbox. The roads were not plowed at all until the day after the storm was over.
This was natural accumulation, not plowed snow. 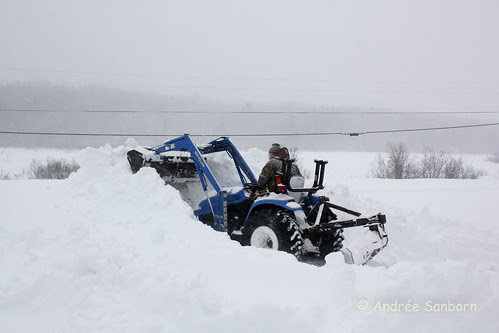 John begins to plow on the morning of the storm. 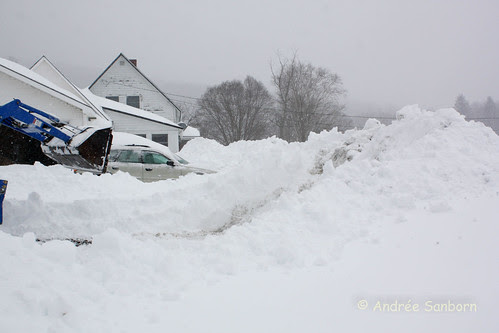 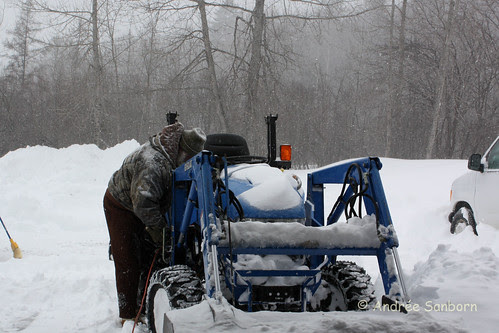 The tractor's gas line froze in the wind and was thawed with industrial blow dryer. 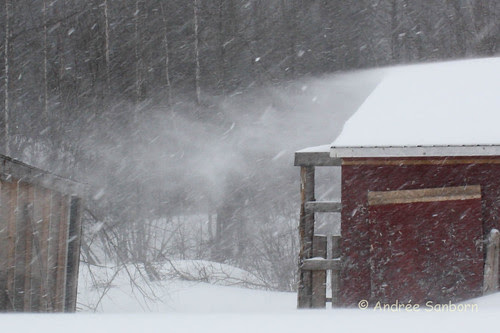 Wind blows snow off of the barn. 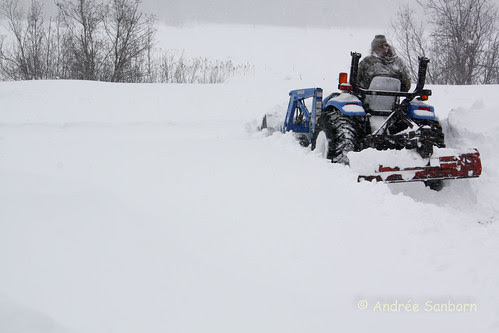 Because no plows reached us for 36 hours,
John had to plow the road in order to plow the mailbox.
Here, he has just gotten down to the road. 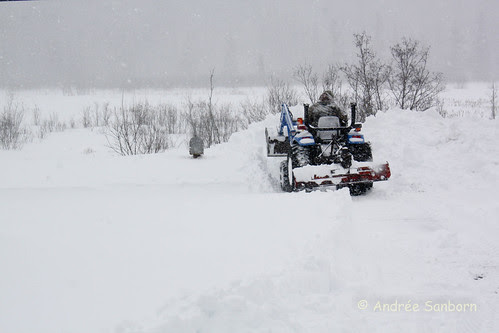 Plowing the mailbox out. 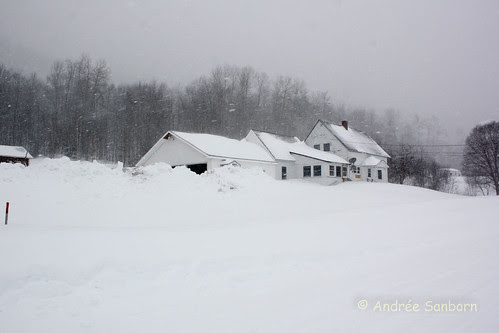 We were safe and warm in that house! 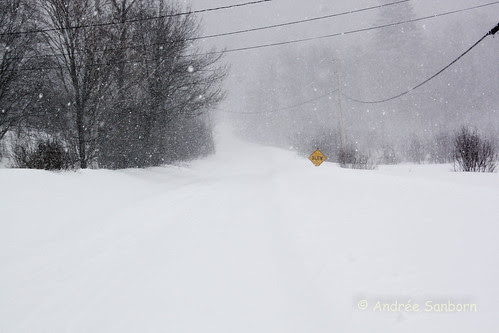 There wasn't a soul on the road.
It was quiet and peaceful for two days.
We got three feet of snow and much more in drifts.