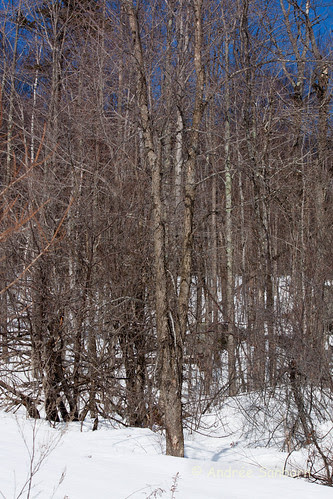 One of our elm trees.
Ulmus americana

When I was a child in Connecticut, Dutch Elm Disease caused the death and/or destruction of thousands of elm trees in New England. It was thought that if the elms, even healthy elms, were cut, the spread of the disease could be stopped. That didn't happen, and trees that may have had natural immunity to the disease were destroyed. I thought that every elm in New England was extinct.

When John began pointing out elms in our forest here in Vermont, I was thrilled. Now I find elms in the woods in many places. Wild elms do exist. There are also cultivated and hybrid elms that are being developed to resist Dutch Elm Disease.

The Vermont Center for Ecostudies published an interesting article lately on the disease tolerance and the genetics of wild elms in North America. It is worth reading.