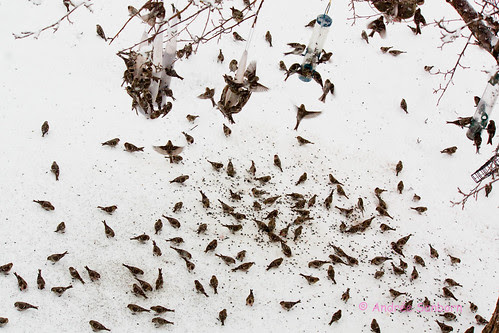 I went to work after I filled the thistle socks for the redpolls earlier today. John said that very soon after I left he heard a low drumming sound that drew him to the windows. He saw at least five hundred redpolls at the feeders, in the woods, and in the air. He was stunned and grabbed my camera and started shooting. He did an awesome job with the camera. He used proper estimation procedures, the same we teach our mathematics students. He was still excited about the experience when I returned home. 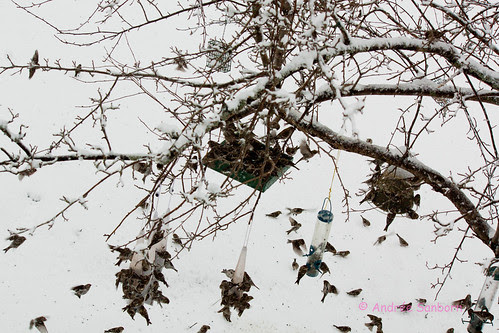 The feeders are all empty now. Why were we inundated with redpolls? I think it partly was today's snowstorm. Perhaps there is also some communication between different redpoll flocks. We can't be certain of anything. But in the morning, I am going to refill the thistle socks. I want the redpolls to come back! We have video cameras that could capture the magnitude of the combined flocks. 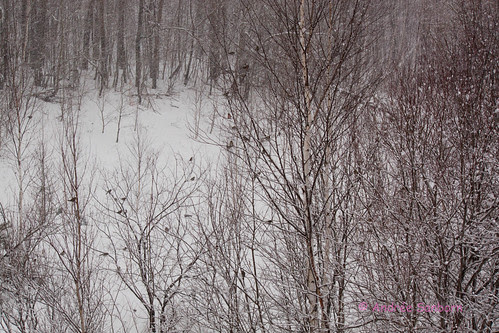 To see the detail of these photos, click on the photo and you will open a new window to the Flickr photo page. On the top left of the photo is a drop down menu that says "Actions." Click that and select "View all sizes." View the original size. I looked at the crowds on the thistle socks and the flying birds for an hour. This is an awesome phenomenon. 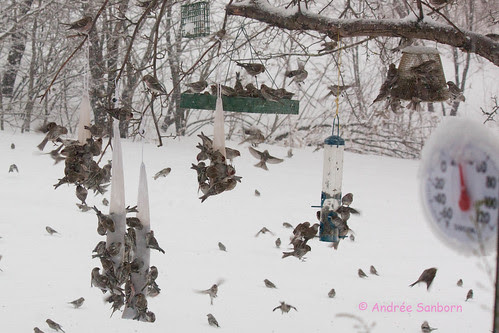