How To Make It All Go Away 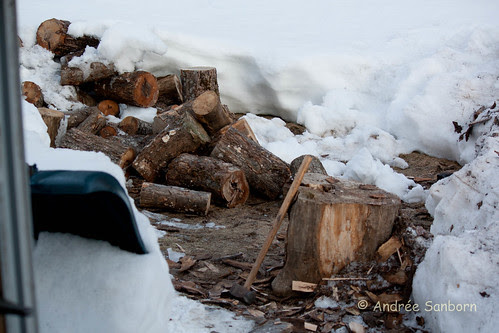 The weather on Saturday, April 9, was beautiful and warm. But we still had a deep snowpack on all but a few southern facing slopes. John, who truly dislikes snow, had had enough. I found him in the back dooryard silently dragging the hose out to the brook (in addition to the brooks in the field and orchard out back, there is another brook in the backyard). An electric wire came out of the brook and was running into the house. I asked him what was up. He said he was getting rid of the snow. I told him not to electrocute himself and went for my camera. 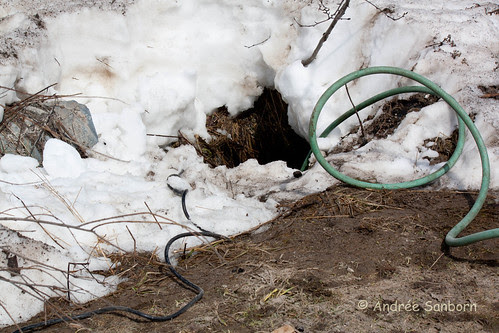 The hose coming out and the wires going into the brook. 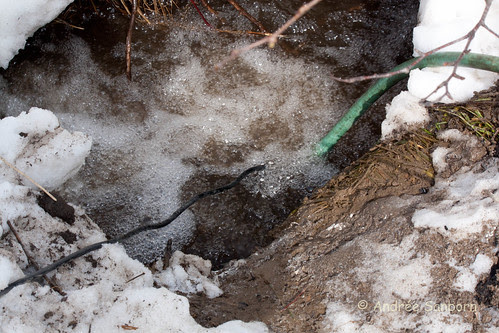 The electric cord ran to a big aquarium pump. John had taped the electrical connections to make sure he wouldn’t be electrocuted, and dumped the pump into the brook. The pump sucked up the water and spat it out of the hose and onto the snow in the yard.

John had also spent a lot of time this winter tossing wood ash onto the snowpack. The dark colored ash would absorb sunlight and melt the snow. That’s why these snow photos look the way they do. We had the dirtiest snow in the county. The ash was effective in reducing snow but not in getting rid of it. 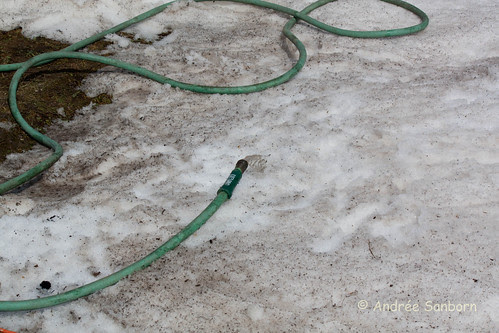 John's snow reduction was very successful. By the end of the afternoon, half of the entire dooryard was free of snow. John’s tension was relieved and peace was restored to our home. The dooryard was very wet. 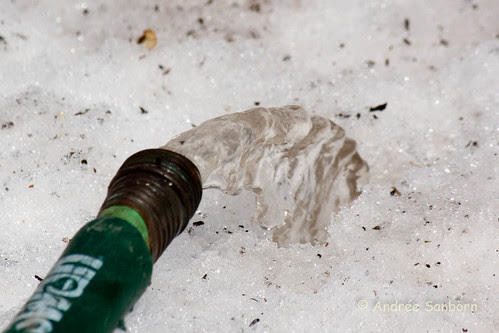 PS: It was another two weeks before all the snow  (except a two foot deep pile behind the woodpile and lots still in the woods) was clear. It  had melted naturally. I think.