Because we couldn't find any sugarhouses that were boiling sap on Maple Open House Weekend, I asked local maple producers, from whom I always buy my syrup, if they would allow us to photograph in their sugarhouse when the weather allowed them to cook. They kindly agreed, and we visited on April 3rd. The harvest was late this year, but plentiful. The syrup made here is the best, but because of sugarhouse thefts in Franklin County this year, the farmers asked me not to identify their farm. 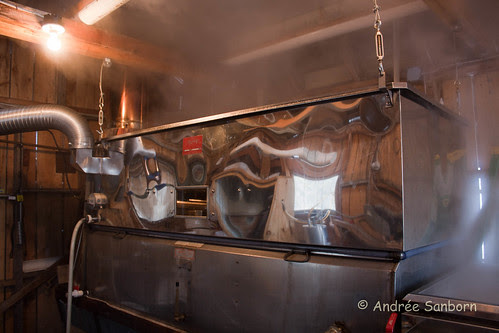 The sap is boiled in this big evaporator. 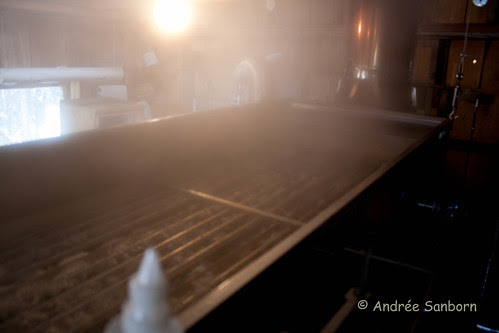 Looking into the top of the evaporator at the boiling sap. 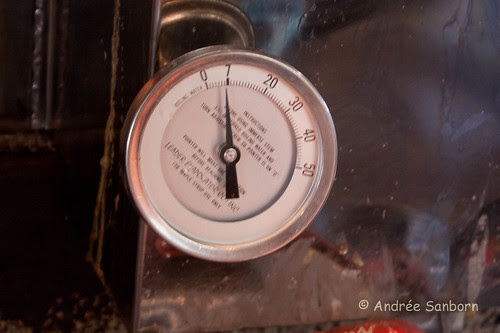 Maple syrup is done when the temperature of the boiling sap
is 7° higher than the boiling point (which depends on altitude). 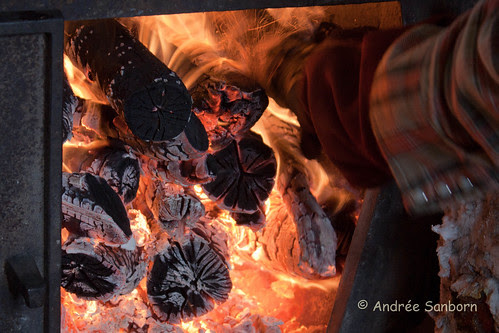 We prefer syrup made with wood fires. 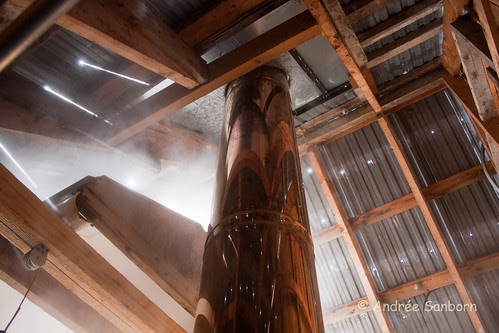 The smokestack from the wood hearth. 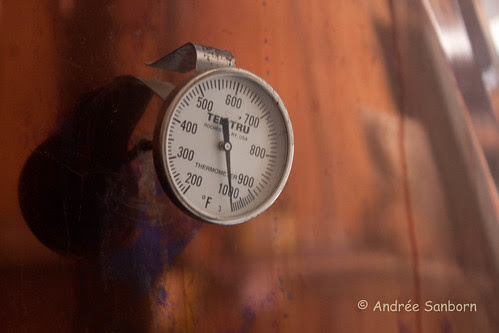 The stack temperature in sugarhouses is 1,000°.
Typically your woodstove stack is about 250°. 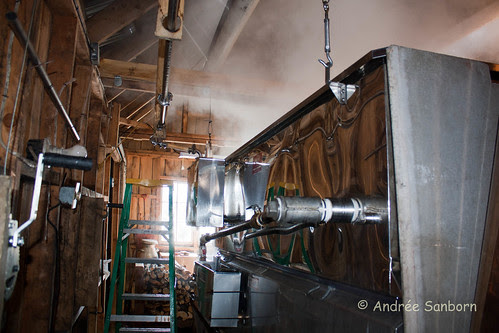 The back of the evaporator. 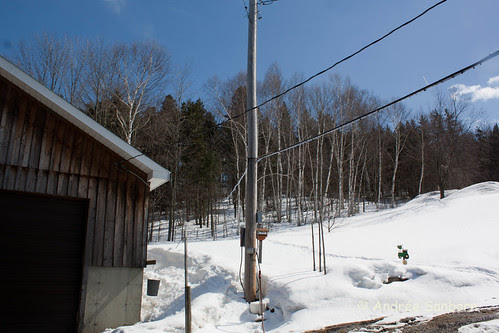 These lines carry the sap from the trees in the sugar bush down to the sugarhouse. 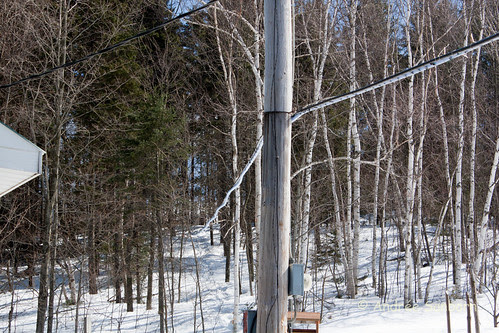 Farmers regularly snowshoe out to the sugar bush to check the lines.
A heavy snow the day before our visit broke tree branches
which fell on some lines, breaking them. At the sugarhouse is the vacuum pump and the reverse osmosis filter. 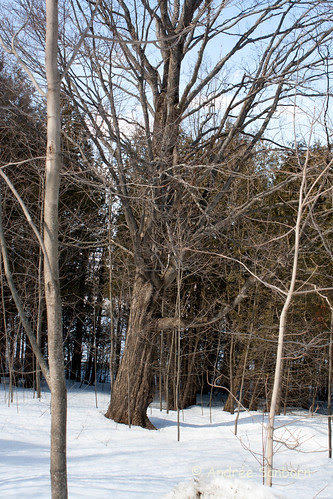 An old sugar maple near the sugarhouse. 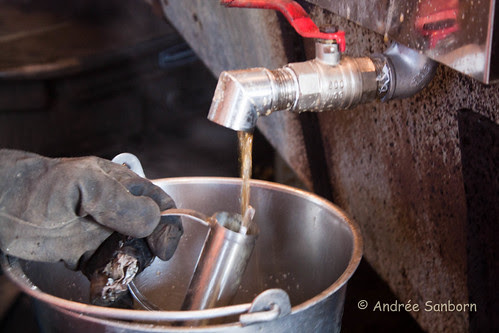 When the sap reaches 219°, the sugar content is tested again. 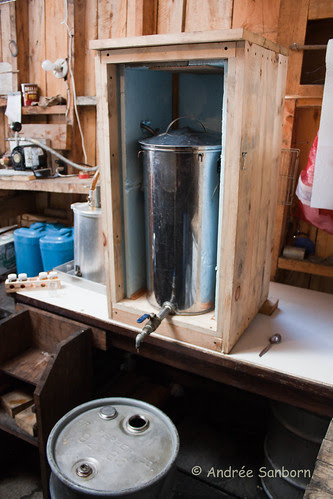 When the sugar is perfect, the syrup is filtered and pumped into this container for bottling. 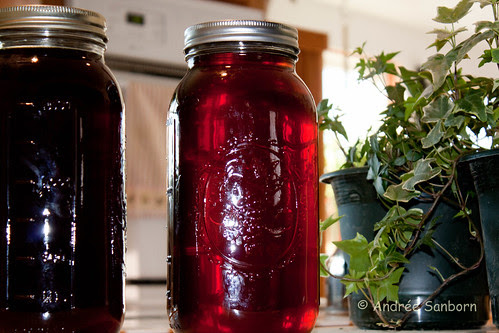 Our syrup at home.
Right: Grade A medium amber that was made on the day we visited.
Left: Syrup from the last, darkest run last year.
The dark syrup is what we use for cooking.

I wish we could tell you where to buy this syrup because it is the best. Each farm's syrup is different because of weather, which run of the season the syrup is made from, the soil, and other variables. This farm makes the best syrup because it has a thick, smooth vanilla butter tone to it. There is also a suggestion — not a taste or smell, not even a hint — of wood smoke. When you cook with this syrup, that sense of wood smoke reminds me of being in the steam of the sugarhouse. Contact me if you want to know where to buy this syrup.

Email ThisBlogThis!Share to TwitterShare to FacebookShare to Pinterest
Labels: Barton, maple and syrup