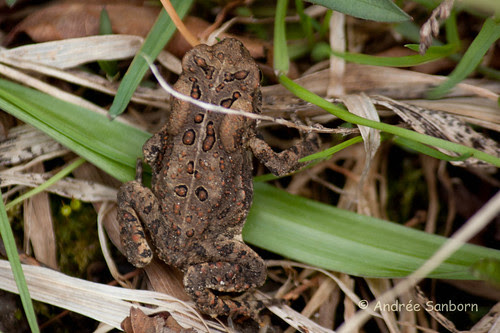 After living here nearly a decade and only seeing one toad, I have now seen two in one year. Hopefully the toad population is rising. This toad was very tiny and was in the apple orchard above the house near one of the brooks. As I tried to silently move blades of grass that were obscuring this toad, it disappeared. We found that it went down a hole in the ground!

By the way: if you see eggs in a pond and they are laid in a string, they are toad eggs. Eggs laid in a mass are frog eggs.