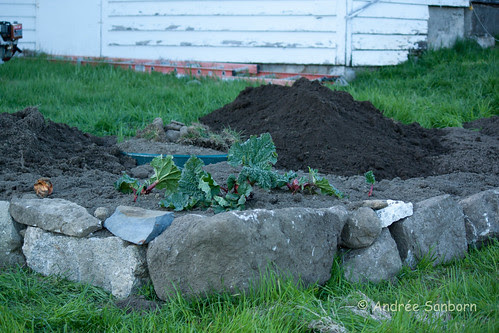 Years ago, I found a beautiful Canadian red rhubarb that I love. I had two plants but I never divided them. They were huge. They provided a lot of rhubarb and photographs. One summer, Wingnut and I wouldn't cut the rhubarb because it housed a huge aphid farm for ants. We followed the life of the farm until it suddenly simply stopped existing. But this year, we had to divide the rhubarbs. They were simply too big. 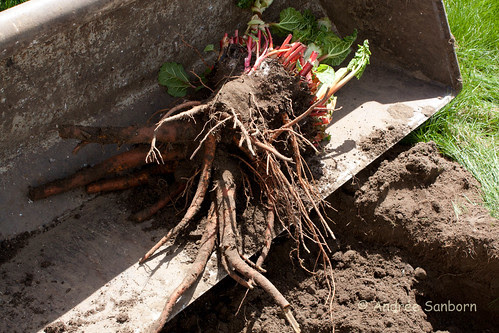 Rhubarb after it was dug up with the tractor.

The rhubarb plants had to be dug out by the backhoe on the tractor. It had to be done carefully so that the plant wasn't damaged. I was stunned to see the size of the roots. Each carrot-like root is a plant, but we couldn't even count how many there were, so we divided the rhubarb into four plants. 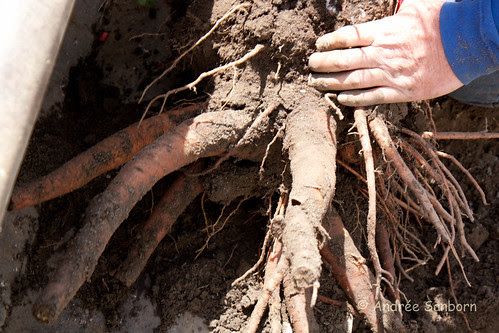 Last summer the new septic system was installed, with an access that sticks out of the ground. I had planned on a wreath of rhubarb around the cap, but John built a raised bed with a stone wall in a semicircle around the cap. 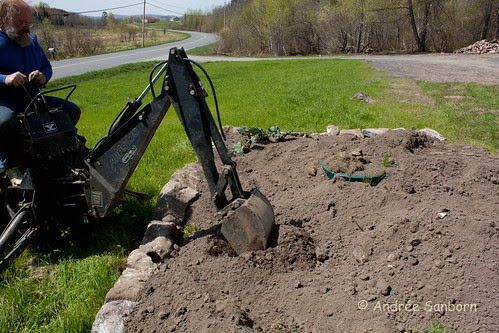 Preparing the new bed for the divided rhubarb.

John had already moved a rhubarb we had found growing behind the house that I never knew was there. We don't know where it came from. But it is flourishing in front now. John used the backhoe to dig holes for each of the four new plants that we divided. 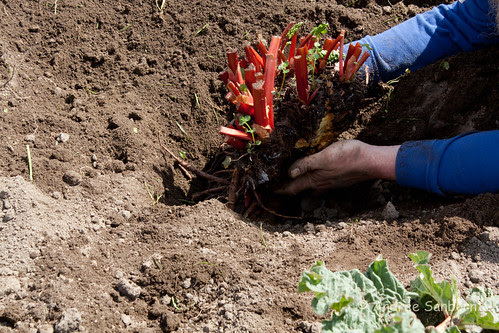 Planting one of the four rhubarbs divided from the one plant.

Even after using the backhoe, we weren't sure if we had planted them deep enough, .But now, two weeks later, the plants are producing more stalks and are growing huge once again. We have to finish the project with the other red rhubarb. There is also one green rhubarb that I want Amelia to take home. And friend Barb has given me a pink rhubarb. In return, she desires one of my divided red plants. In the end, we will have at least 9 rhubarb plants out front. Now we think we have to make another rhubarb bed because they are growing so large! 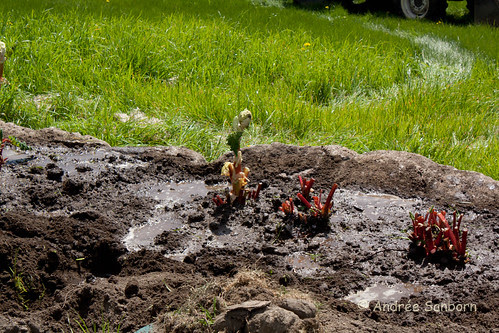