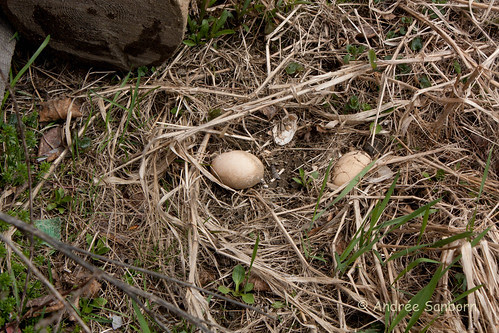 Early in May, when the snow had melted enough to move about outside and take a look around, John began using construction materials that had been leaning on the barn since last fall. And there he found some old eggs that the chickens had laid outside of their nesting boxes that were in the barn. They enjoyed laying a lot of eggs in the woods last summer — we would often hear them screeching their egg laying song out there. The chickens were moved to a warmer barn at another farm for the winter. I think of them often. They were lots of fun to watch and photograph. I hope they are doing well. I miss them.