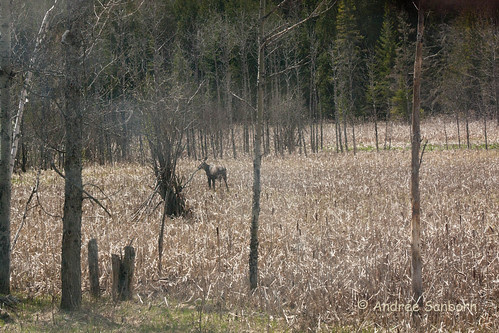 On May 9, I was driving south on Route 16 in Glover when a moose popped out of the woods at Runaway Pond. My camera was in its bag, but I got it out (while driving) and shot a few frames (while driving) through the filthy windshield (the photograph above) . I decided that even though I was late to an appointment, I would stop and follow the moose, who had entered Runaway Pond. I parked and hiked into the dry pond. I got the photographs below. She was a big moose and in good condition. She did not like me following her, and soon went into the woods. The moral of the story: always keep your windshield clean. Mine is still filthy. 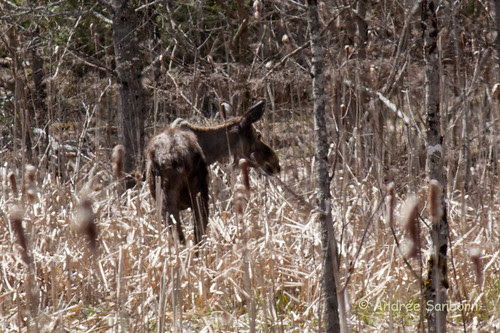 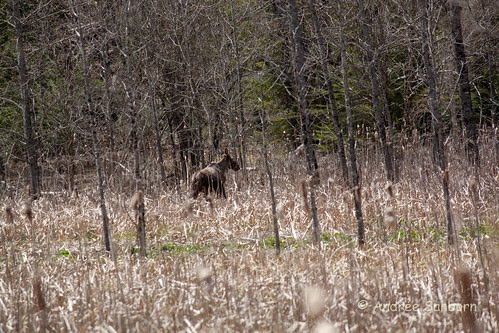 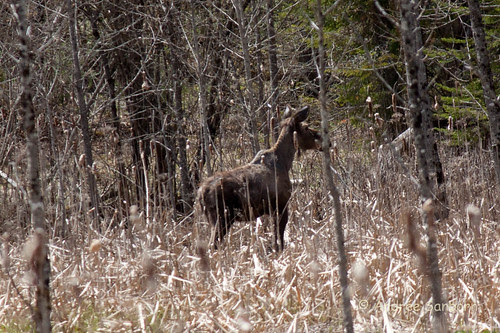 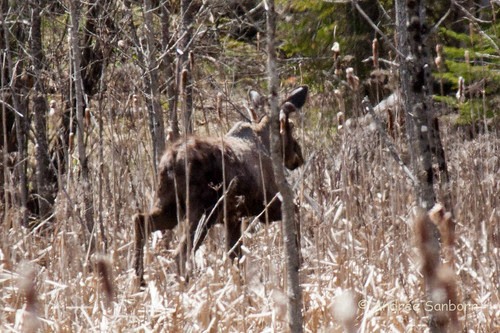