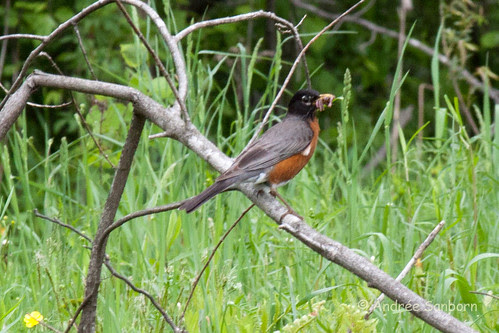 I've had an opportunity to photograph many robins this spring. There are no more robins than usual. They do seem to be bolder than usual this year, not as skittish. Perhaps this is because there is so much food that they can afford to be bold. I don't know. But they have posed for me and not flown away. They dig for worms close to me. John was using the tractor and there were several robins close by waiting for him to stop digging. As soon as he stopped, they flew in for the uncovered worms and grubs — just like the chickens did last year. 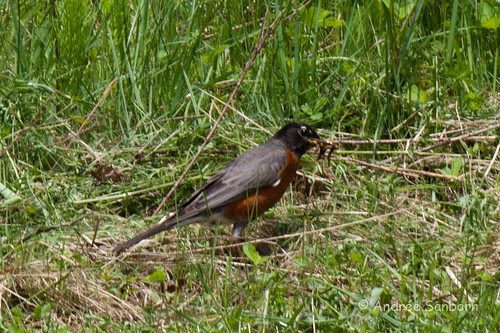 One night, John mentioned to me the bold behavior of the robins. He said how they all crammed as many worms into their mouths as possible before they flew away. Each time they found a new worm, he said, they would drop a mouthful of worms on the ground, catch another one, drop it on the slimy pile, and then gather up the entire pile in their beaks. Obviously, they are feeding babies in a nest because they are not eating the worms, simply collecting as much as possible. John said they did the same thing with caterpillars — but they didn't mix their food. If they were catching caterpillars, they caught as many as they could fit in their beak, and never carried a worm with caterpillars. 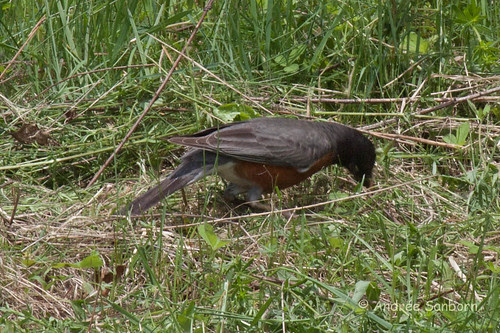 As John told me about this, I realized that I had many photographs of this robin activity. I remember wondering why the robins I had photographed had so many worms, but I never developed the thought. I just went on to the next photographic adventure. This was why they have been bold and unafraid. With babies to feed, and lots of food, they aren't going to worry too much about me or John or the tractor. None has ever hurt them. They are a bit more leary when the cats are about, but not too leary. They know they can easily get away from these middle-aged cats! 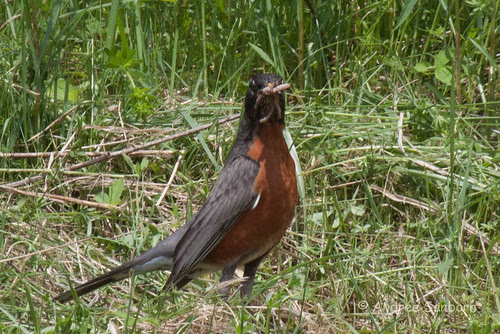 So here are some photos of individual robins, beaks full of worms. They are funny (to me) to look at. I hope you enjoy them! 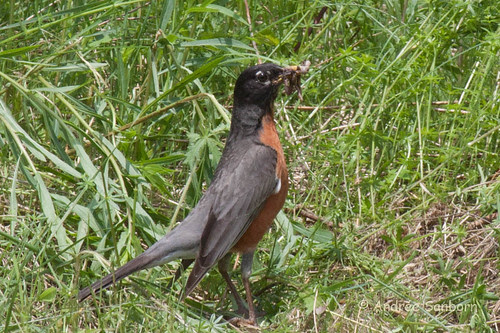 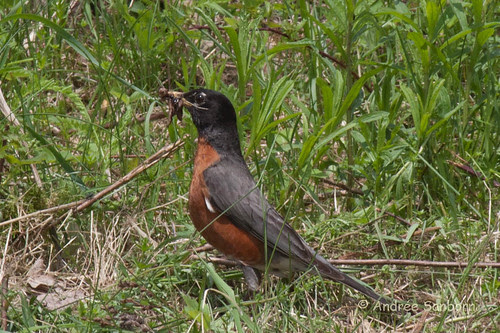 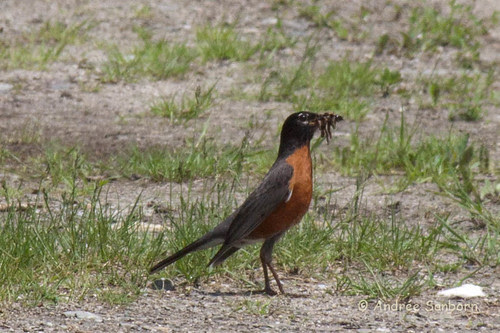