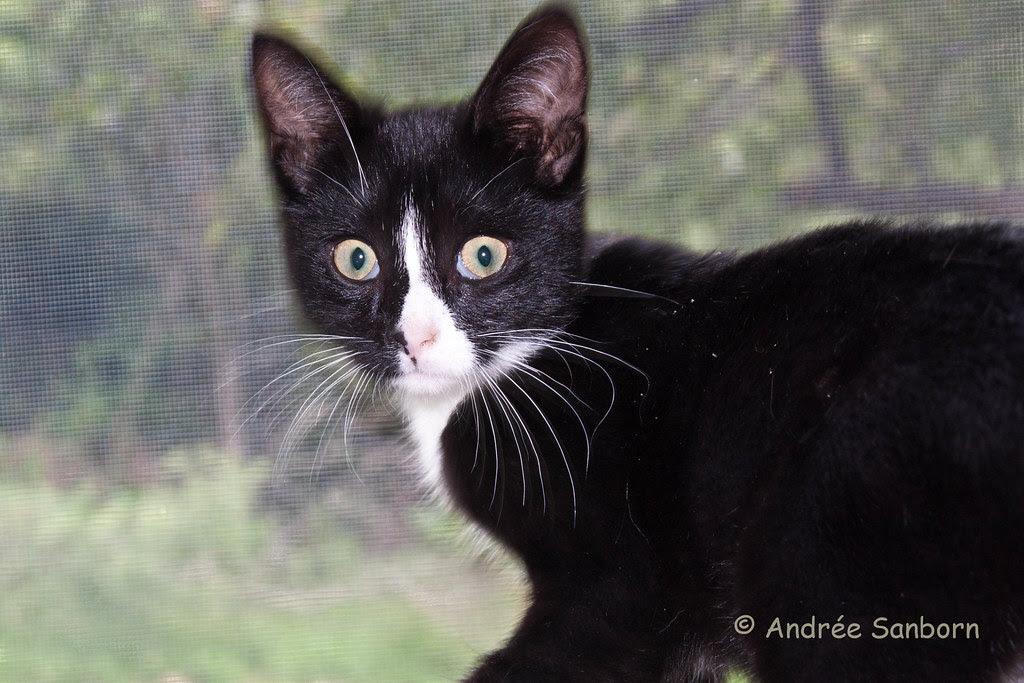 About ten days ago, a kind stranger found Oscar the Kitten abandoned on the streets of Newport, Vermont and took him to Frontier Animal Society in Orleans. This was about the same time that our sweet Zorro died. I thought it would be a long time before I adopted another kitty. We were all sad for many days — both cats and humans. Then one day I dropped by to visit my daughter Amelia, who is the assistant manager of Frontier. There was Oscar, waiting for me. After talking to John, who didn't object, and Amy, who had taken me off of her "no-adopt" list when Zorro died, I returned two days later and brought Oscar home. The poor thing had been altered and given all of his shots the day before, so his third eyelids are showing in these photos. He weighed 3.6 lbs. (1.6 kg) and was 3 months old. 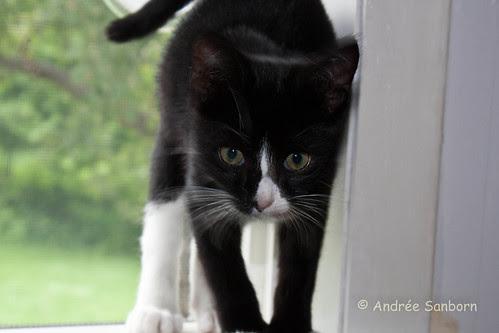 During the past week, Oscar's first week at his new forever home here, Buddy and Pansy did not like him. Possum was undecided. Possum tried to get close to Oscar to sniff him over so that she could decide whether to love him or hate him. But Oscar likes to bounce his paws off of the other cats, so Possum was thinking this kitten was not a good thing. 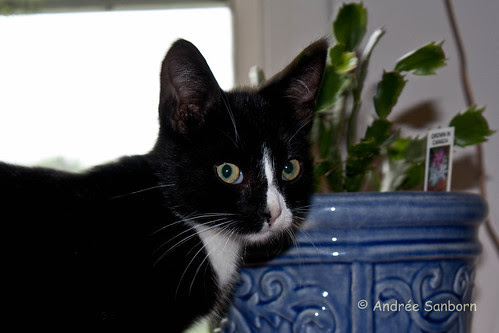 The neatest thing about Oscar — besides his brash personality? He's double-pawed on all four feet! I've never had a double pawed cat before. I wonder if he can catch mice  well with all those toes? At times, he seems to have problems catching and holding objects. 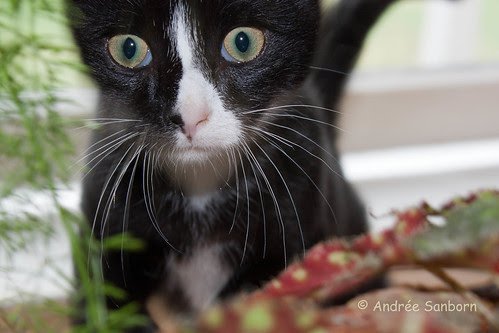 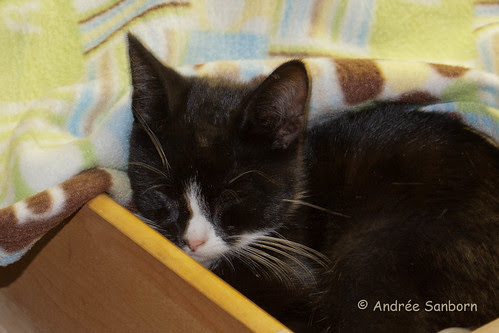 Welcome to your forever home, Oscar.
Zorro approves and is happy that we have you.