Text from historical markers on the quadrangle. 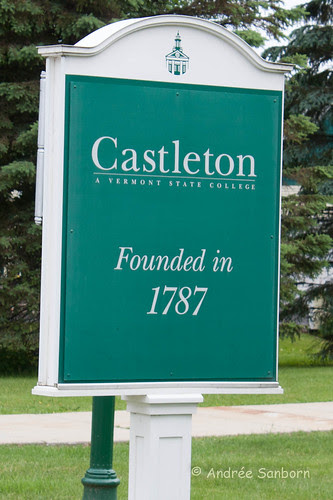 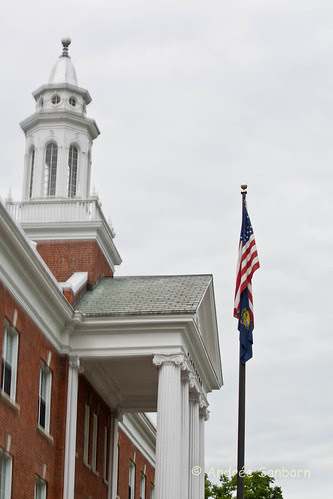 Founded in 1787, Castleton originally was housed in a single building located near the present town library. The first building erected on the present campus was the “Old Seminary.” Its cornerstone was laid on July 4, 1829, by Colonel Noah Lee, a veteran of the Revolutionary War, and Soloman Foot, Principal of Castleton Seminary and later President Pro Tempore of the United States Senate during the Civil War. The “Old Seminary” stood above Seminary Park until January 3, 1924, when it was destroyed by fire. Woodruff Hall, the cornerstone of which was laid on August 23, 1924, now occupies the site. 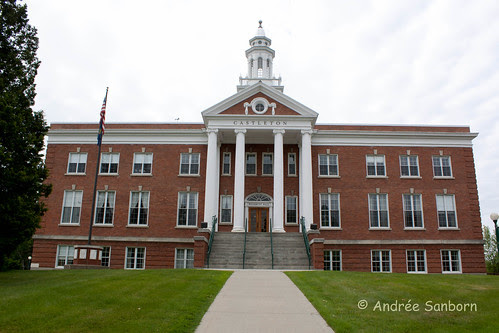 Like its modern namesake, it commemorated Captain Abel E. Leavenworth and his son Philip R. Leavenworth, Principals of Castleton Normal School from 1881 to 1912. Castleton’s Fine Arts Center, which opened in 1969, stands upon the site of “Philips House,” the Leavenworth family home and later a residence for students. 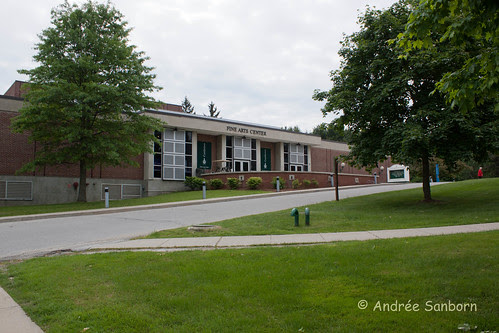 The Castleton Medical College building — the “Old Chapel” — was given to Principal Harriet Haskell in 1865. For over a century it stood next to the “Old Seminary” and later Woodruff Hall; it was moved to its present location outside the Alumni Gate when the Fine Arts Center was built. This building, Wright House, and Woodruff Hall are listed on the National Register of Historic Places. 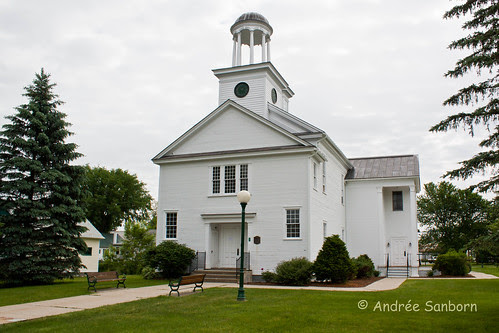 Above: Castleton Medical College was the first such college in Vermont. This structure, built in 1821, was originally located on Main Street west of the present town library. In 1864 a leading citizen presented the building to Harriet Haskell, Principal of Castleton Seminary. It has served the College as dormitory, classrooms, and chapel and is a reminder of traditions which date back to the College’s founding in 1787. It is listed on the National Register of Historic Places.