On June 18, John and I left home at 6 AM to attend a photography workshop given by Gustav Verderber of Troy, Vermont. Gustav is a naturalist, author, professional nature photographer, and adjunct professor of environmental science. At his web site, Sojourns in Nature, you can view his magnificent photographs. Gustav also has a blog here. He was giving this free workshop in conjunction with Stowe Mountain Resort. It was raining when we left here but I was prepared with camera covers. But the clouds held their rain in Stowe and it was a perfect day for photography.

We met at a facility at the Mount Mansfield Auto Toll Road and then drove to Moss Glen Falls in another part of town to learn more about landscape photography (not my forte). Moss Glen Falls, "compared to most other waterfalls in Vermont, . . . is a heavyweight. Moss Glen Brook flows through a sunny open area of mixed forest and meadow. The stream takes a sudden turn into a narrow confined gorge. The stream goes over several small falls and cascades then makes a 20 foot drop into a pool at the head of the last drop. The total drop is around 125 feet making this one of the largest drops in the state. Most of the cascades in the gorge are inaccessible, unless you have rappelling gear. The gorge here is between 40 and 80' in depth. Some years there are Peregrine Falcons nesting in the cliff adjacent to the falls." (source: Waterfalls of the Northeastern United States.) I didn't know what to expect to learn. We studied photos of the falls, which are many, before we left. 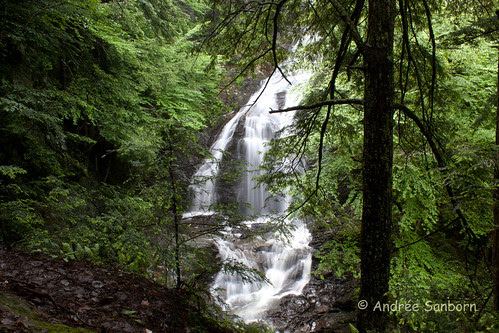 The falls as seen from the trail.

After a very short, easy hike up Moss Glen Brook, you suddenly come across the beautiful waterfalls. We set up our tripods at a bluff on the trail and began photographing the water. Gustav gave personal attention to each of us and helped us learn our camera settings better and gave us tips on how to improve our technique. 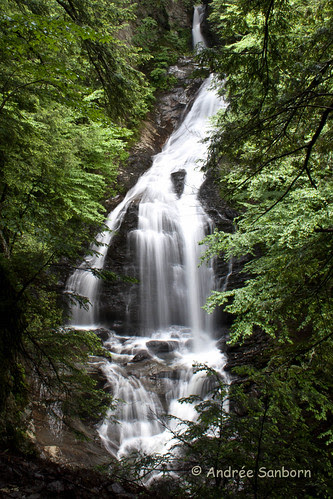 My favorite photo (my photo) from the workshop. 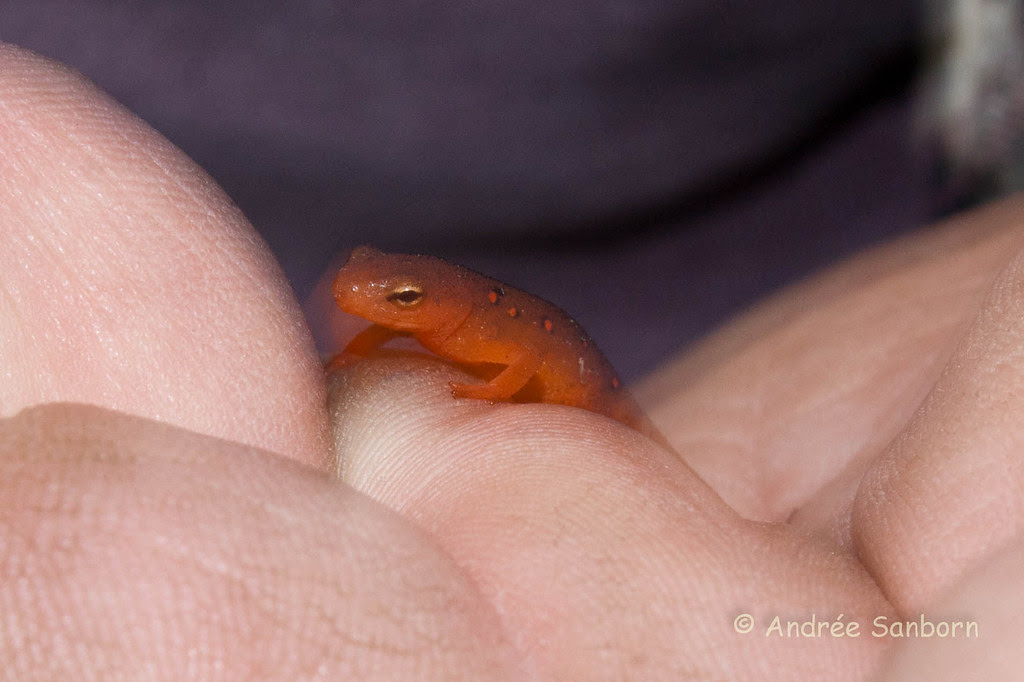 While all of this was going on, John was exploring the area and found this red newt. The other participants immediately began photographing it and seemed thrilled that he found it. One couple, from Atlanta, were especially happy to see the little thing. This couple were ballroom dancers who had come to Stowe to attend a tango workshop. The lady originally came from Thailand. 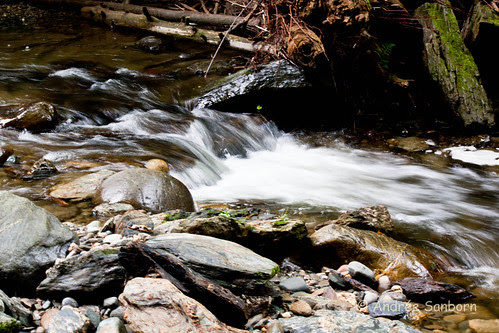 Moss Glen Brook below the falls.

Gustav urged me to use manual settings, and I tried. I began to understand better the relationships between ISO, aperture and shutter speed. But I've never been crazy about landscape and John and I seemed to find ourselves in the woods and stream below the falls finding insects, flowers and geological formations. One by one the others followed to photograph the falls from below. 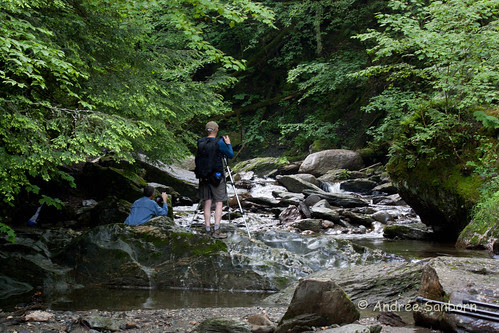 Participants and their gear on the brook below the falls. 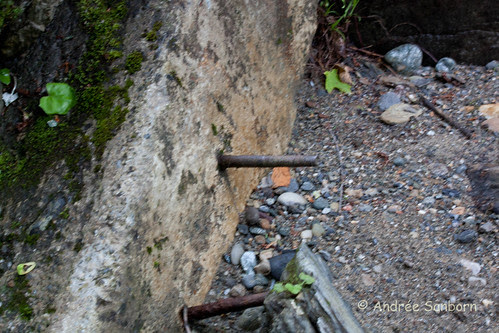 Debris from a washed out bridge we found on the shore of the brook. 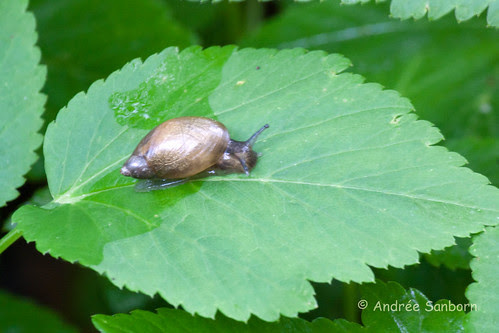 Land snail, one of thousands on the hobblebushes. 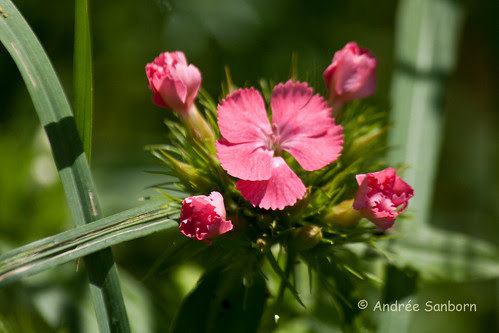 After a couple of ours in the field, we all returned to the conference center and Gustav gave us more information with a slide show of his photographs. This is where I learned a lot about equipment and technique and learned that I really, really need a macro lens.

There is another free workshop with Gustav on August 27 at the top of Mount Mansfield to photograph mountain berries and alpine plants. I would love to go but that is the weekend before the start of school. The workshops do not concern themselves with the natural history of an area, but are simply for photography. John and I will go to Mansfield ourselves and photograph and research the flora up there.

We left Stowe through Smuggler's Notch, had lunch in Jeffersonville, and were home by the middle of the afternoon. It was a great day that gave me lasting memories and knowledge. I urge all of you to attend any photography workshops and have a lot of fun!