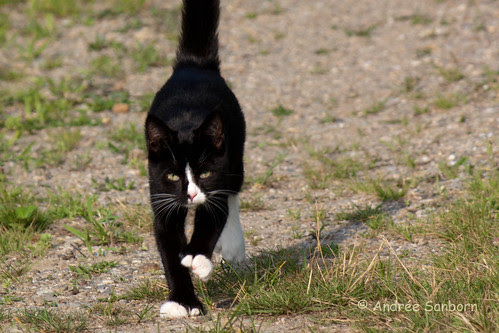 Oscar has seven toes on each front paw,
six toes on one back paw and five toes on the other.
Oscar has a total of twenty-five toes. 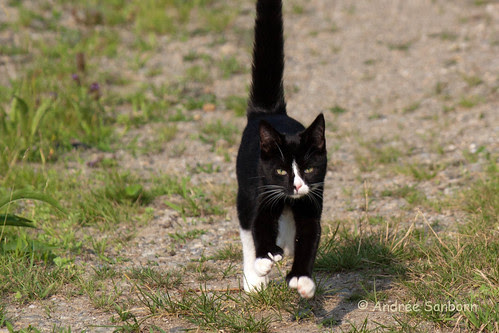 A twig is caught between Oscar's extra toes.

Oscar is a very rare cat because of all of these toes. Usually the number of extra toes is the same on both front paws and both rear paws. But Oscar has five on one rear paw and six on the other. He has seven toes on each front paw for a total of 25 toes. Mooch, from Maine, held the record for the most toes of any cat with 28 toes. Oscar, according to legend, is a very lucky cat for us. 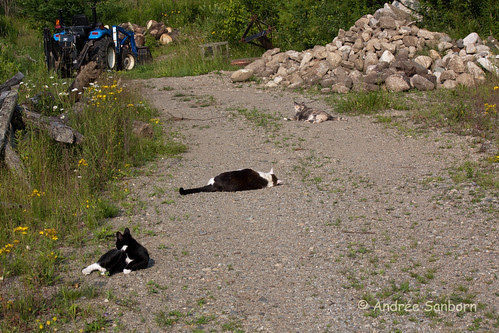 Everyone is resting after a grueling morning walk.

You can read more about double-pawed cats here at Wikipedia and at The Straight Dope. It's fascinating stuff!