Why the Break and Spotting meeyauw on the Web 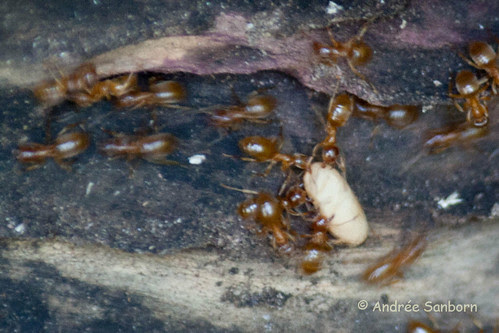 School has opened again. That is why I haven’t posted anything recently. It’s been a crazy two weeks and I have a feeling it will be crazier very soon. I’ve been out with my camera and the cats (and gotten some pretty awesome bird shots). But I haven’t done a thing with the photographs yet. So it’s time to get back in stride and get caught up!

Back in July, John cut down a double cottonwood tree. When it fell, it was crazy with ants carrying pupae off the tree and down in a hole in the ground. They were distinctive and fascinating ants and I photographed quite a few of them and their babies-to-be. But who can identify ants? Not me. The folks at AntBlog did, though. Specifically, James Trager was asked to respond. He is a fascinating ant scientist and I am favored that he answered my question. You can find the entire post here at AntBlog. 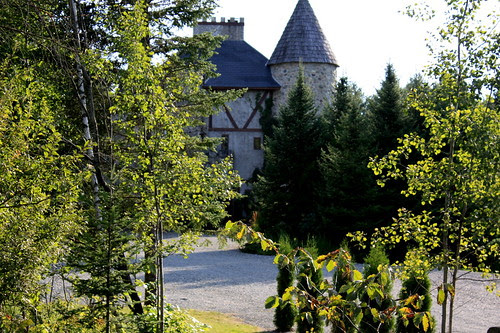 In August, Geek Mountain State picked up an old, old Irasburg Castle post that I did in September of 2005. It was nice to be blogged about, and even nicer that the post was so old. Thank you, Andrew! Andrew is a contributor to Geek Mountain State. I love him because he shares my son’s name (yes, that’s all it takes). You can find the Geek Mountain post here.

By the way, Archer Mayor, one of my favorite authors, is also a contributor. Archer’s site is at http://archermayor.com/. I can’t visit the site because my McAfee site advisor says it exhibits risky behavior. Knowing Archer, I know the site is safe, so I don’t know what the problem could be. You can go and buy his books here, though: Archer Mayor's book on amazon.com

Please. I get a small percentage of the sales. Amazon has a $10 minimum before they pay their associates and in seven years, I still haven’t made that minimum. But I’m close!