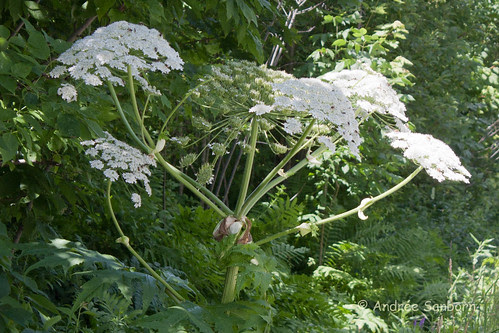 One Sunday this last summer, John and I were driving about Sheffield and Sutton looking for new views of the wind towers. We were focused on long views but noticed a very tall Queen Anne's Lace-type weed in the ditch in Sutton. Once we were home and were discussing the day, we began to wonder if that weed was hogweed. Hogweed was in the news that week — it had been spotted in southern Vermont and the news people were telling us how to deal with it (don't touch it at all). We were also told that Vermont, unlike New York State, will no longer eradicate hogweed despite it being a dangerous, toxic weed. 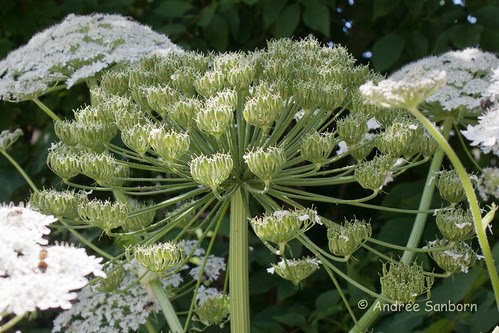 We returned to the giant weed spot the next weekend for photographs and identified the plant as cow parsnip, a relative of giant hogweed. Hogweed stems have red streaks and it grows to 15 feet. Cow parsnip grows to only four to six feet. Both plants are toxic to touch, so be careful out there. 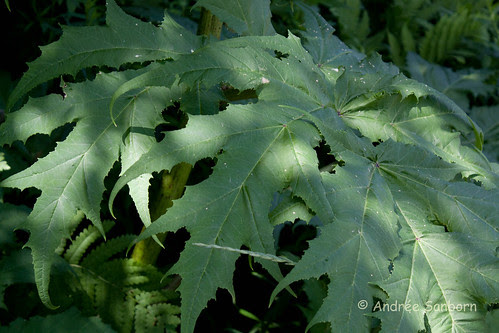