My Frustration with Birds 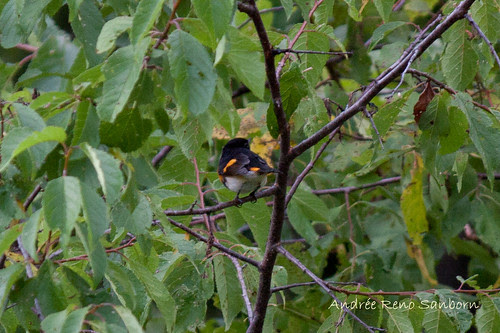 I spend a lot of time in the spring, summer and autumn stalking birds in the fields and woods. Some species, like sparrows, some finches and a few warblers are rather easy to see and capture on film. They stalk me while I stalk them (mostly because the cats are always with me and are a very good reason for the birds to stalk us). But there are other birds that defy capture. Two that obsessed me this past summer were the American Redstart (above) and the Black and White Warbler (below). They are both shy. The Redstart never seems to come out of the forest edge, so the lighting is awful. It also always kept its back to me. The Black and White Warbler was a bit shy, but the biggest problem was its speed. One second it is there, and the next it is gone. I can't predict where they will hop to from moment to moment, like I can with sparrows and other birds. I've been within five feet of a flock of Black and Whites and have never been able to raise, aim and fire quick enough. I'm pretty sure cats are OK for the Redstarts, but if I want to get a decent Black and White photo, I will have to lock the cats up. So until next season, these two photos are the only proof I have that these two warbler species live here. 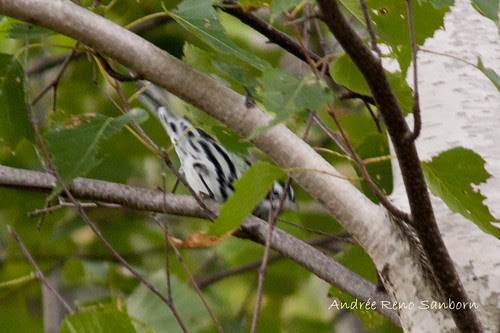