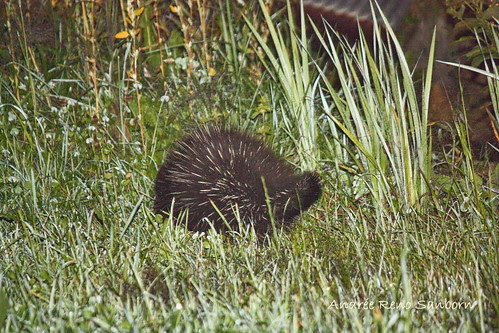 When the quills lie up on the back, you know the porky is upset with you.

John saw this porcupine one night in September. He shined his large flashlight while I followed the porky in the dark, seeing the land only through the viewfinder. I literally could not see a thing and relied on John's directions of where to step. I was happy to get such clear results. I had set the camera on automatic to avoid as few shooting errors as possible under these circumstances. 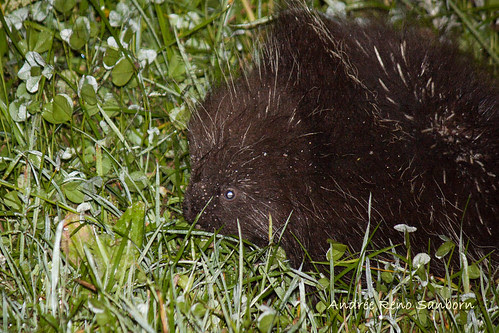 We were invaded by porcupines this year. We thought they came because of the apples, but we have since found three porcupine dens that show evidence of them being here a long time. Perhaps they had a population explosion or something. But they are eating the apple and maple trees. And the barn. Buddy the Cat won’t even go outside when a porcupine is around (probably because of his last encounter with one, seen here). 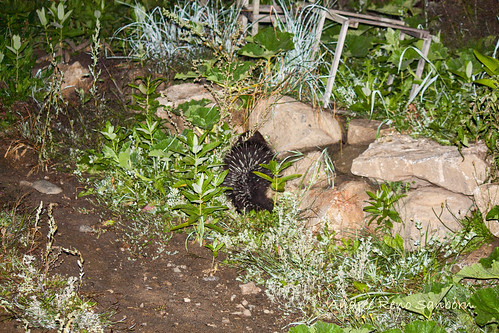